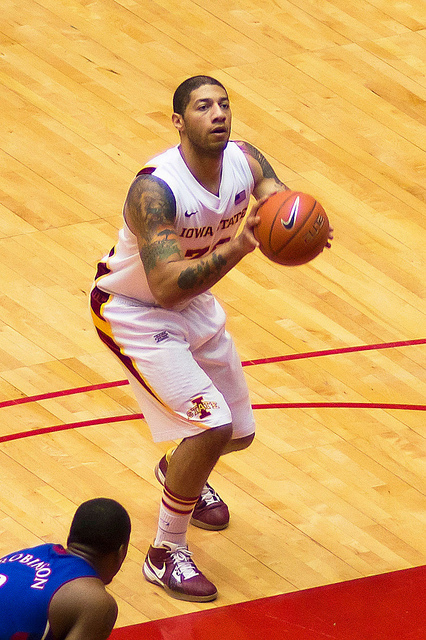 It seems inherently wrong and even mean as a whole, but it is fact regardless: Royce White, a forward who was dropped from his place in the NBA because of a flying-anxiety problem, has just been signed to the Sacramento Kings just before the team will be taking seven consecutive flights for seven consecutive games.

White was picked 16th overall in the 2012 draft, but has yet to play an NBA game. This 10-day contract is his chance to prove that he belongs, an opportunity he has likely relished since the first time he was asked to get on a plane with the Houston Rockets and just couldn’t do it.

Signing a player to a deal, even if it’s only for 10 days, takes a certain amount of belief. Royce White will likely make his return to the NBA contract world with a series of games for Sacramento’s D-League team, hoping to churn the good hopes of his newfound temporary home into the place that will be his basketball salvation.

What the Kings show more of than most franchises is that they want to be the place where basketball goes for salvation. Not salvation for an entire league or for an entire city or for an entire team, but for the out-of-place players, the Royce Whites and Isaiah Thomases of the league who are afraid to fly or are wildly undersized, but who still might have what it takes to make it in the league.

Royce White is now under this 10-day bind to a franchise who has pumped breath, regardless of how little, into the ailing body of his basketball career in hopes that he can impress and earn himself another short-term deal, turning production into more contracts and more hopes for a basketball life among the greatest players alive.

What seems to be wrong with this story which has potential to rival the likes of Linsanity and every damn David and Goliath story rolled into one, is that White absolutely has to destroy his deathly fear of flying. The NBA is bound to the sky: teams traveling every other night across the country to battle and secure road wins and compete in their division need a crew of players able to take that physical beating.

In White’s case, though, it isn’t physical at all.

Not often is a case like this seen in modern professional sports that exhibits an enormously talented body of potential with a mental block stopping it from greatness. There’s the physical injuries which plague entire teams and cities because of the physical absence of one person: Rajon Rondo, Derrick Rose, Russel Westbrook, Marc Gasol, but the mental fortitude of a player has had little to do with how good a player is. That’s what makes White’s case so intriguing, a 2012 draft pick expected to do big things among the best in the world whose fear of hopping on an airplane once in a while has stopped him from having any slight chance of playing basketball at the highest level.

With this deal, the Sacramento Kings give him that chance, and give themselves the chance to prove that they are the place where all hopelessly hopeless and pathetically pathetic stories can go to breathe in front of a city who relishes the underdog to the highest extent fathomable.

Through his D-League stand, his 10-day contract, and his entire career, Royce White has come to the place of basketball salvation to give himself a second chance.