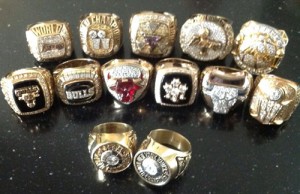 In the week ahead, you’ll read dozens of reasons Phil Jackson can’t possibly succeed in his new role as  president or general manager or capo di tutti capi or savior of the New York Knicks, but they all boil down to one very simple explanation.

I’ll grant you, that’s a pretty compelling argument, one that explains most of the problems at Madison Square Garden of the last decade-and-change. Why did the Knicks give up so much in the Carmelo Anthony trade? Why did Glen Grunwald get the boot after building a 54-win team? Why didn’t Donnie Walsh stick around longer? Why did they lose Jeremy Lin? Why did Larry Brown fail? And why did Isiah Thomas last as long as he did?

Does Jackson stand a chance against all that bad Dolan mojo? Actually, the bad mojo is what makes Jackson an ideal candidate to turn the Knicks around.

Under normal circumstances, Jackson wouldn’t be much of a candidate for a team president/general manager role. He has practically no front-office experience, and what little he does have—as the consultant that advised the Detroit Pistons to hire Maurice Cheeks last summer—doesn’t look great on his resume.  And he’s 77 years old and moving into a position increasingly dominated by gear-head MIT Sloan Analytics Conference types with MBAs. But this set of circumstances is anything but normal. The Knicks still need salary-cap wizardry, brilliant analysis of player performance, and improved scouting and a long-term vision for rebuilding their roster. But more than that, they need someone with the gravitas to say “no” to Jim Dolan. And no one in basketball—with the possible exception of Bill Russell—can command the same sort of respect as Phil Jackson.

Donnie Walsh was supposed to have that kind of juice at MSG. But Walsh was never “Dolan’s guy.” David Stern pressured Dolan to hire Walsh in the hopes of cleaning up the superfund site created by Isiah Thomas. That became an issue during the Carmelo Anthony trade negotiations, when Dolan reportedly overruled his general manager and gave up more assets than Walsh intended. And just a couple months later, Walsh was gone.

The situation with Jackson is very different. Nobody is forcing Dolan to make this hire. Ol’ JD is pulling out all the stops to bring Jackson into the fold, with a compensation package that could include a yearly salary in the $12-15 million range, an ownership stake in the team, free cable for life, and the option to turn the Fuse network into a 24/7 Zen meditation channel. Even Dolan doesn’t spend that kind of money for a figurehead; clearly, the intention is to have Phil run the show.

So why is Jackson an ideal fit for the Knicks? Because Dolan. Because it will take someone of Jackson’s stature to get the meddlesome owner to take a step back and let the basketball professionals make the basketball decisions.

Now, that’s an important step … but it’s just the first of many. Jackson is unproven as an executive. One of his first and most important tasks will be to assemble a front office team that’s up to the task of turning the Knicks around. He’ll need to find a coach, and that search could be tricky: the obvious candidates, ex-Jackson assistants like Jim Cleamons and Kurt Rambis, haven’t exactly distinguished themselves in previous head coaching jobs. Hopefully he will also be able to eliminate some of the utter paranoia that characterizes MSG’s deeply dysfunctional relationship with the press. And convince Dolan that “let’s offer a Brinks truck full of money to every All-Star that hits free agency” isn’t a sound long-term strategy. And end MSG’s practice of handing out draft picks like they’re goody bags at a toddler’s birthday party.

None of that will be easy. But who, besides Phil Jackson, would even stand a chance?