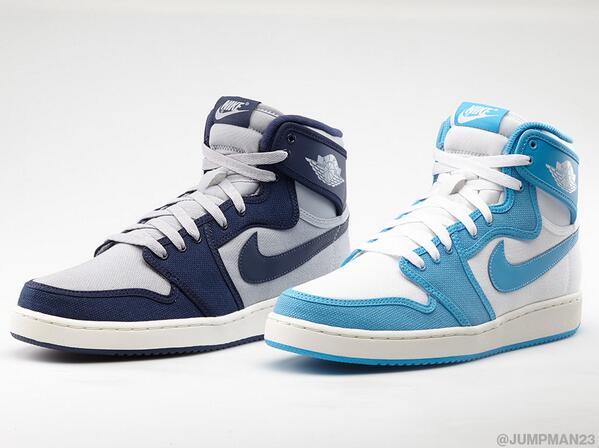 Michael Jordan’s battles with the University of North Carolina against Georgetown University have been made legendary according the GOAT’s career history as a collegian. Winning his storied collegiate national championship as a Tar Heel freshman against the Hoyas of Georgetown, the two universities have been forever linked in the annuls of Jordan’s foremost moments.

In the Air Jordan 1 Retro KO High ‘Rivalry’, the universities have been recognized and commemorated in a special ‘Rivalry Pack’. Using a canvas build on the original Air Jordan I, the Rivalry plays on the very same grudge match of 1982 — navy/grey for Georgetown and powder blue/white for North Carolina.