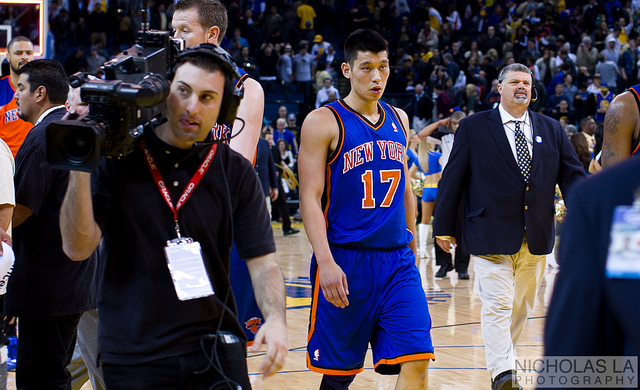 Trades in the NBA are a funny thing. Rather than focusing on whether a deal will make their team better or worse overall, most general managers focus more on “winning” a trade, or getting back more talent than they’re giving up. What’s lost in that thought process, though, is the fact that the talent being received doesn’t necessary mix well with the pieces at hand. For example, the Evan Turner-Danny Granger trade. Turner’s output has been minuscule compared to the numbers he put up in with the Philadelphia 76ers, and the East-leading Indiana Pacers are just 9-5 since acquiring him. Meanwhile, Granger was released by Philadelphia, signed by the Los Angeles Clippers and promptly regained his shooting form in helping L.A. to an 8-1 record since joining the team.

With that in mind, as we look to next season (yes, already), what are some trades that seem one-sided on paper, but actually help both teams involved equally with regards to talent, chemistry and overall effect on each roster?

1. New York Knicks, Houston Rockets
New York receives Jeremy Lin, Omer Asik/Houston receives Carmelo Anthony/J.R. Smith/Pablo Prigioni
This trade would obviously be a dream for the Rockets, who would kill to flip their current backup point guard and center for one of the top scorers in the NBA, even if it meant taking back J.R. Smith to make the numbers work/make sure Melo has his favorite playmate around. But why does it work for New York?

The Knicks’ biggest problems are their defense and the fact that the ball stops on offense when it gets to Carmelo Anthony. Although the hiring of Phil Jackson and implementation of the Triangle Offense might solve their offensive woes, that’s also contingent on the idea that the Knicks will give Melo, who turns 30 this May, a huge contract extension. Rather than do that, why not swap him for their new starting point guard (sorry, Raymond Felton) and backup center/Tyson Chandler insurance? Lin is better suited for the Triangle based on his role and success in other movement-dependent offenses (like the Rockets’ current offense and his success while Mike D’Antoni was coach of the Knicks). Similarly, Asik has had success in a motion offense in Chicago and is an excellent rebounder on the offensive and defensive glass.

The move also frees up more cap room for the Knicks to make future moves, as well as more opportunity for some of their younger players. Although the current season has been nightmarish for New York, they’ve at least unearthed Tim Hardaway, Jr. as a strong contributor moving forward, not to mention Iman Shumpert, who is a solid defensive guard and fan favorite despite the Knicks’ attempts to trade him. Developing this young rotation in the new offense without the hindrance of a 30-year-old ball stopper in the lineup will only put New York in a better situation moving forward. Shipping out wild card Smith and old man Prigioni in the process are added bonuses. And for the name recognition of Anthony, New York might even be able to squeeze a couple of picks out of Houston in the process.

For Oklahoma City, trading ball-dominant Westbrook for Love and pass-first Rubio is a no-brainer. As if giving Durant a point guard that gets him the ball in better spots wasn’t enough, you also add a prolific scorer and rebounder in the post. With two of the best scorers in the league at both forward spots and one of the best shot blockers in the NBA in Serge Ibaka as a small center (yet still an upgrade on Kendrick Perkins), the Thunder are left with a league-leading frontline, not to mention plenty of weapons for Rubio to utilize while quarterbacking the offense. Rubio’s creativity would also do wonders for coach Scott Brooks’ “offense,” which currently consists mostly of Westbrook and Durant playing one-on-one and trying to make something happen.

For Minnesota, the move puts to bed any worries of what the future of the team will look like, plus gives fans hope that the new lineup will give them a better shot at the playoffs than the current team, which has failed to make the postseason since drafting Love in 2009. Westbrook is signed through 2017, one year longer than Love. Combine that with current long-term deals for Kevin Martin (signed through 2017) and Nikola Pekovic (signed through 2018), and they have a nice core that actually meshes better on paper than than Minnesota does as is. All of that is without mentioning Perry Jones III, who is just 22 and would benefit from earning a little more playing time on a team with an established center and that would allow him to develop into a more productive forward without the likes of Durant and Ibaka taking the majority of the available minutes.

Although Smith has been a disappointment this season, two major factors have played a role in his demise: bad coaching and playing out of position. While Detroit is not in a position to solve either of those issues right away, Dallas is. The Mavericks have one of the best coaches in the league in Rick Carlisle, whose specialty is adjusting his coaching philosophy to his available personnel. And with Dirk Nowitzki as the permanent stretch four, they have more than enough room for a small forward like Josh Smith that is more comfortable playing closer to the basket on offense, as he did while with the Atlanta Hawks. Although Smith might be a little rich for Dallas’ blood, the Mavs have had so much trouble signing any marquee free agents over the years despite having the cap space to do so that adding a player like Smith via trade, especially in a trade for only fringe role players, would be a rare opportunity that they’d be foolish to pass up.

Meanwhile, Detroit would basically be hitting the reset button on signing Smith in the first place. All of the players they would acquire have contracts that either expire or have a team option after the 2014-15 season. The main idea here is that Smith would be gone, allowing the Pistons to keep both Andre Drummond and Greg Monroe as their large power forward-center combination while looking elsewhere for a better fit at small forward. With Smith off the books, they’ll have plenty of cap space available to find someone new that gels better with the rest of their permanent fixtures.

4. Houston Rockets, Chicago Bulls
Houston receives Carlos Boozer/Chicago receives Omer Asik
After a first solid season in Houston that saw him average a double-double in points and rebounds, Omer Asik finds himself stuck in a reserve role behind Dwight Howard with few available minutes and even fewer incentive to work to return from injury. With centers at a premium in the NBA and his talents being wasted in Houston, it makes sense that Asik would make two appearances on this list.

What’s interesting about this trade is that, depending on who you asked, it’s lopsided for Chicago or Houston.

For Houston, not only is Asik not a regular part of the rotation, he’s also due almost fifteen million dollars next year. That’s a hefty pricetag for a backup center. And although current power forward Terrence Jones has been very solid this season, he also occupies the same space as Dwight Howard, making it difficult for both big men to successfully coexist. Ideally, whatever power forward that plays with Howard can space the floor a bit. Having taken over 73% of his shots at the rim this season, Jones definitely is not a floor-spacer. Being able to move Asik for that floor-spacer while keeping Jones as the team’s sixth man would be ideal for the Rockets. Boozer, who has taken 53 percent of his shots at the rim this year, fills that role perfectly while also being friends with Dwight Howard, an ever-important factor in today’s NBA.

As for Chicago, one of the big stories for the Bulls this year has been the transformation of Taj Gibson into a dependable offensive player. Gibson has always been a great defender, albeit a mediocre offensive player, which is why Boozer has stuck around. But now that Gibson can score the basketball, he has played more and more minutes at Boozer’s expense. Between that, the fact that Bulls fans have been calling for Boozer to be traded basically since he was signed, and the fact that Joakim Noah’s backup right now is 36-year-old Nazr Mohammed, it only makes sense to swap Boozer for Asik, increase Gibson’s minutes, and maintain a big man rotation of Gibson, Asik, and Noah. A better defensive frontcourt doesn’t exist in the NBA, and with Gibson and Noah’s improvement on offense this year, it won’t matter that Asik’s greatest offensive skill is setting screens and crashing the boards.