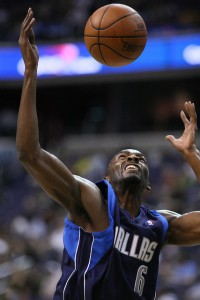 Former SMU and NBA basketball player Quinton Ross had to ease the fears of friends and family members after he was erroneously reported dead.

Ross lives in the suburbs near Dallas and was attending Monday night’s NIT game between LSU and SMU.

He said he woke to a phone loaded with messages from people concerned about his well-being.

“My phone was going crazy,” he said. “I checked Facebook. Finally, I went on the Internet, and they were saying I was dead. I just couldn’t believe it.”

The New York Post ran a story early Monday on its website identifying Ross as a man found dead and buried on a city beach. The newspaper later corrected the story.

The 32-year-old Ross called loved ones and posted on Facebook to “let everybody know I was OK.” Daily Journal

A whole slew of credible newspapers across the country retracted posted articles after it was confirmed that the Quinton Ross in question was not the former NBA player. Normally, when you see a story across several credible sources it’s safe to trust. Even careful guys like Zach Lowe were unable to find a source that dismissed the story.

Just seeing this Quinton Ross news now. It’s just hard to process. The world can be a cruel, scary place. Rest in peace.

Just goes to show that we all have to sometimes wait a little while to respond to breaking news even if it appears true at the outset. – AL