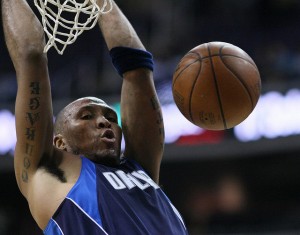 With the playoffs on the line, the Dallas Mavericks (47-31) have a great deal of explaining to do. During the last minutes of the game, Dallas fans held their breath as they watched their normally hot team cool down at the worst possible time. Only one point and eight seconds thinly separated the Mavericks from the Sacramento Kings during the epilogue of the fourth quarter when forward Dirk Nowitzki was sent to the line. Looking unusually worn out, Nowitzki attempted his first shot and watched dismally as it failed to sink. He regrouped, took his second free throw, and wiped a little bit of weight off his shoulders as the ball swooshed in the net. Dallas was up 93-91 with seven seconds remaining. It was Kings fans who mourned (as they have been doing for the better part of the last 10 years) when center DeMarcus Cousins tried to sink a baseline jumper at the final buzzer, but ended up missing.

Guard Monta Ellis helped his team over the hump with his 23 points (and two three-pointers made in the last minutes of the game), followed by Vince Carter’s 17 points. The once-hot Nowitzki added only 15 points during this game. It is tough to believe that the 27-50 Sacramento failed to finish Dallas off, especially with Rudy Gay’s 32 points and Cousins’ 28 points and 10 rebounds.

Okay, so the Mavericks walked away with the win, but they also managed to look like the living embodiments of the building they were playing in that night—the Sleep Train Arena. With only four games remaining, this isn’t an ideal time to fall asleep at the wheel, only to wake up and steer the car just as you’re about to cross the divider into oncoming traffic. Especially when the last two games of the season happen to be against the very teams the Mavericks are looking to keep ahead of in the Western Conference standings: The Phoenix Suns and the Memphis Grizzlies. Luckily for the Mavs, the Grizzlies were bent over by the fatal San Antonio Spurs and lost 92-112 Sunday, dropping those bears to 45-32. The Suns, however, pulled off a 122-115 win over the Oklahoma City Thunder that same evening, keeping them firmly breathing down the neck of the Mavericks in a “jerk standing too close behind you on the escalator” kind of way.

The Mavs move on to face the Utah Jazz, another team that was expunged from the playoffs before the season even started, Tuesday night. Even though they were trampled by the Golden State Warriors, Dallas shouldn’t underestimate Utah and take a nap.

If they do, it’s very likely a head-on collision could be in their near future.

For more on this game from a Sacramento Kings’ perspective click here.