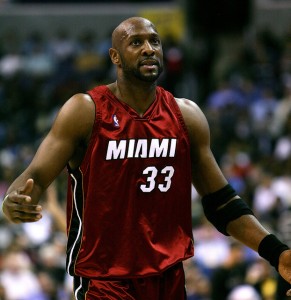 The Naismith Memorial Basketball Hall of Fame announced today the 10 members of the Class of 2014 to be honored August 7-9, 2014 during this year’s Enshrinement Ceremonies. This year’s list includes Immaculata University’s AIAW National Championship teams of the early 1970s, seven-time NBA All-Star Alonzo Mourning, 1994 Naismith, NABC Coach of the Year Nolan Richardson, six-time NBA All-Star Mitch Richmond and NCAA National Championship coach Gary Williams. They join the five directly elected members who were announced during the NBA All-Star Weekend in February by distinguished committees focused on preserving all areas from the game of basketball. They include Bob Leonard voted in from the American Basketball Association (ABA) Committee, Nat Clifton from the Early African American Pioneers Committee, Sarunas Marciulionis from the International Committee, Guy Rodgers from the Veterans Committee and David Stern from the Contributor Direct Election Committee.

The Class Announcement was made at a press conference in North Texas, the site of the 2014 NCAA Final Four, and televised live on NBA TV with host Jim Nantz from CBS Sports.

“It is an honor for us to welcome this highly-esteemed Class of 2014 into the Basketball Hall of Fame,” said John L. Doleva, President and CEO of the Naismith Memorial Basketball Hall of Fame. “Each inductee has made great strides in the sport and serves as an inspiration to many. We look forward to honoring each of these well-deserving members during the Enshrinement Ceremonies.” NBA

Down the road, I would like to do some research on each newly elected member into this year’s class for a column. I know all about the players and David Stern, but, regrettably, I am not as familiar with the accomplishments of everyone else. History is important and I would feel remiss if I did not educate myself about the game I cover everyday.