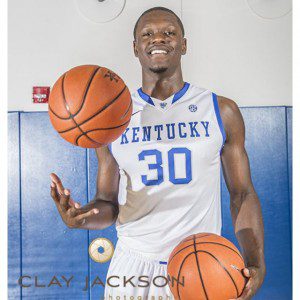 Julius Randle’s mother, Carolyn Kyles, told The Courier-Journal on Thursday a Yahoo! Sports report that her son needs surgery after the NBA draft and would be sidelined six to eight weeks — meaning he would miss Summer League — is “a lie.”

Randle, a 6-foot-9, 250-pound All-American power forward at the University of Kentucky last season, is expected to be a top-10 pick in two weeks. Citing anonymous league sources, Yahoo! reported that he likely needs surgery to remove a screw placed in his right foot back in high school.

Randle responded on Twitter, first with a general statement that “it’s crazy how people put stories out there and have no clue what they are talking about,” and later with a direct tweet at Yahoo! reporter Adrian Wojnarowski. Louisville Courier-Journal