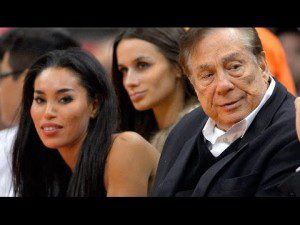 First things first: The sale of the Los Angeles Clippers to Steve Balmer, former CEO of Microsoft, is not a done deal. This particular case against Donald Sterling was to determine if Shelly Sterling acted in good faith when she asked Donald Sterling to meet with neurologists to determine if he was mentally incapacitated, and, therefore, unable to remain the owner of the Clippers. Judge Michael Levanas ruled that the doctors properly assessed Donald Sterling, and that Shelly Sterling acted in the best interest of the Sterling family trust (which owns the Clippers franchise) by selling the team for $2 billion to Balmer. Donald Sterling will appeal this ruling if the Court of Appeals grants his request to do so. If his request for appeal is denied, any moves by Donald to retain ownership of the Clippers would be legally ineffective. If the request is approved, the dance starts all over again.

Assuming the ruling is upheld, this still feels like an extremely hollow victory. Donald and Shelly have been married for 58 years. It’s hard to believe Shelly shared none of her husband’s racist sentiments even without proof of wrongdoing. Well, there’s plenty proof of that such as when she posed as “Michelle B.,” inspector for the Health Department.

Shelly impersonated a government employee and illegally “inspected” an apartment leased by a minority tenant with a group of people. For this and other reasons, she was listed as a co-defendant in many of the housing discrimination lawsuits against Donald Sterling, including a suit by the Justice Department that was eventually settled on November 3, 2009 for a record $2.725 million. You’ll have to excuse me if I don’t jump for joy when the judge rules that Shelly acted in good faith just because the public doesn’t like Donald.

Shelly gets to grind her ax against the pride of her non-faithful husband, and has forgone divorce proceedings on multiple occasions for finances which also includes Shelly’s recent signing of divorce papers in May 2014 that haven’t been filed to ensure the sale of the Clippers has as few roadblocks as possible. Yeah, the wife of a man who has already signed divorce papers participated in good faith when acting against her husband according to a judge. Totally makes sense.

Let’s get to the NBA which had hid behind Shelly this whole time even after the situation started off with Shelly claiming the NBA was being sexist against her.

The NBA knows about Shelly’s involvement in the housing discrimination lawsuits but also needed her as a means to an end. She is part of the Sterling family trust which meant she could initiate the sale of the team, and find a way to declare Donald mentally incapacitated. The other route would have been to hold a vote with the NBA Board of Governors (also known as the other franchise owners) which the league office wanted to avoid at all costs. Why? That’s unclear.

One reason might have been that the vote would not have been unanimous. The non-unanimous vote would have been a reflection of business practices rather than social issues although the public would have likely have lashed out anyway. If anything, Shelly’s involvement in the process to kick Donald out of the league shows that this is still not about embracing a social cause. I’m not offended by that and we should call it what it is – a business move. Owners don’t want to kick out other owners. Technically, they still didn’t. The NBA canceled the meeting to vote Sterling out once Balmer placed his $2 billion bid. So much for that.

Shelly allowed the NBA to abscond all responsibility of Donald’s remarks and make a huge profit. Cool. Let’s leave it at that. Don’t celebrate this as some huge blow against social injustice. There are no heroes here. Just reputations to protect and money to be made.