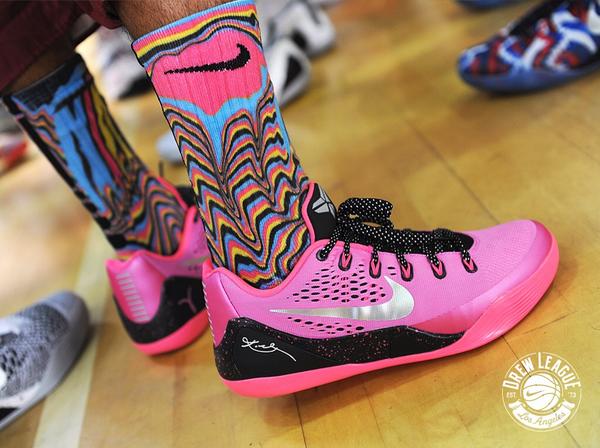 Debuted by Nike Basketball at The Drew League in Los Angeles, the Nike Kobe 9 EM ‘Kay Yow’ was recently posted exclusively via Twitter.

Said to be a collaboration with the Kay Yow Cancer Fund, this new Kobe 9 will likely have a portion of its proceeds go to charity upon release, just as many other cancer awareness-aligned Nikes have in the past.

What you do think of the shoe, beyond its charitable cause?

From a BMF Court & Lifestyle perspective,  the shoe looks like a beauty, though it clearly has more credence as a flashy accompaniment to playing ball. That deep pink isn’t a shoe you’d likely break out often, unless you have a wardrobe that’s tolerant or complimentary to that hue, but it works on the Kobe 9.

Introducing the Kobe 9 EM ‘Kay Yow’. Teaming up with the Kay Yow Cancer Fund to support the cause. #thedrew pic.twitter.com/FnYBChbjzO