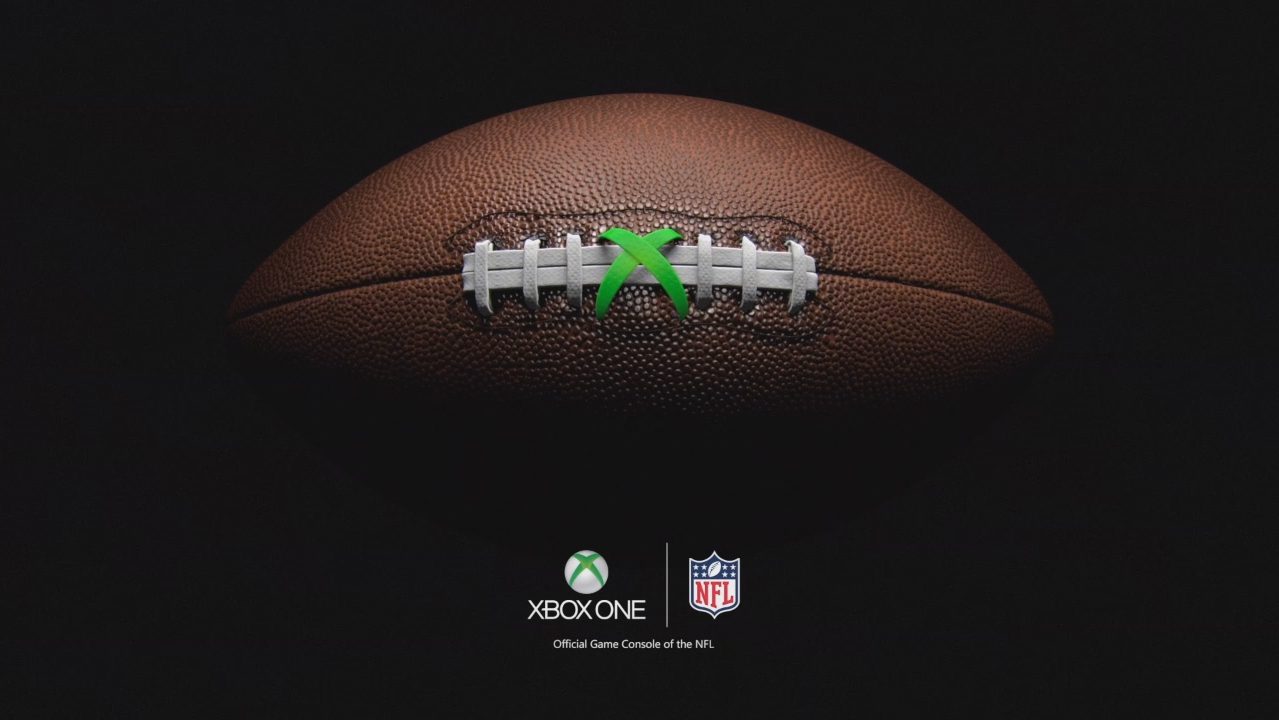 Microsoft is changing the game.

Microsoft is changing the way fans experience the NFL by delivering personalized experiences for fans in their living room through Xbox One and Windows 8.

The Microsoft NFL app for Xbox One provides a personalized destination for all NFL fans, tailored to your preferences, making gameday more immersive and interactive. Fans will now be able to enjoy live games, in-game video highlights, clips , fantasy football, stats and scores – all centralized on the most important screen in your home, bringing fans closer to their favorite players and teams than ever before. Xbox One enriches the NFL by bringing fantasy football to life on your TV with an integrated next-generation fantasy experience, featuring real-time NFL.com fantasy football scoring updates and exclusive in-game highlights, making Xbox One the ultimate fantasy football destination. Fans will be able to watch games and engage with their friends, no matter where they are, with Skype Connected Viewing and social integration. Microsoft’s landmark partnership with the NFL provides additional interactive experiences for fans, including access to NFL Now, which offers the largest digital library of NFL content, including content from NFL teams, NFL Network and NFL Films Archive. Another new addition for 2014 is NFL Sunday Ticket. Eligible customers that are unable to receive DirecTV service will be able to sign up directly for NFL Sunday Ticket on Xbox, while NFL Sunday Ticket MAX subscribers can also log-in to view Sunday Ticket on Xbox One and Windows devices.

New for 2014, fans will have the ability for fans to take this entire experience “on the go” on any Windows 8 tablet or PC. The NFL on Xbox 360 will feature NFL Now, NFL.Com Fantasy, NFL GameCenter and curated NFL.com content.The NFL on Xbox One. Only Xbox One delivers the best of the NFL personalized for you, in a way that will completely reimagine your football experience by bringing live games and your fantasy team together on the best screen in the house — your TV.

• A personalized destination. Tailor your experience for your team from the best content the NFL has to offer, including NFL.com, NFL Network, NFL Now, NFL RedZone and NFL Sunday Ticket.

• Bringing Fantasy Football to Life. Xbox One is the best place to track your fantasy football team, delivering an integrated experience so you are up to date on all the analysis with real-time updates and exclusive in-game highlights, news, stats, scores and standings in your NFL.com league.

• A new way to experience live TV. Xbox One reimagines the way you experience live TV. With Snap, you can watch live games and track your fantasy team, or the latest scores and stats through the NFL League Feed, at the same time as watching their favorite team or playing a game.

• NFL Now. NFL Now is a new digital service from the NFL launching ahead of the 2014 NFL season that features the largest digital library of NFL content, including content from NFL teams, NFL Network and NFL Films Archive. NFL Now adds yet another great source of NFL content to Xbox One making it the most complete NFL content destination on TV.

• Connected. Sports are best when fan-to-fan heckling can commence. The NFL on Xbox One connects fans through Skype, and bringing fantasy football to life on your TV, ensuring that no win or loss is left unmentioned.

The Microsoft NFL App for Xbox One will available in late August. The NFL on Xbox One requires advanced TV hardware, broadband Internet,. Additional subscriptions and/or requirements apply for some features, including NFL Red Zone, NFL Now and NFL Sunday Ticket. See www.xbox.com for details.

The NFL on Surface and Windows

Surface tablets and an all-new sideline viewing system will debut on NFL sidelines for the 2014 season alongside Surface branding included on the instant replay hoods and communication carts at every game. In addition, the Microsoft NFL application for Windows 8 tablets and PC’swill provide fans with an “on the go” experience that mirrors the full functionality of the Xbox One application.

• NFL Coaches and players will now have the ability to review dynamic, full-color images of plays on the sidelines and in the booth immediately following each series on Surface tablets via the Sideline Viewing System app. Compared to the previous system of printed black and white photos, these images will be delivered in near real time and provide enhanced detail as well as the ability to zoom-in and focus on any area of the picture, making teams more efficient and productive in making adjustments during games.

• The Microsoft NFL app is the ultimate “on the go” fantasy football companion, with features like Live Scoring, Player News and Windows 8 Game Center, which shows the matchup score in real time and enables you to view videos of key scoring moments during the game.

The Microsoft NFL App for Windows 8 will be available in late August. Available features, content and requirement vary across systems.