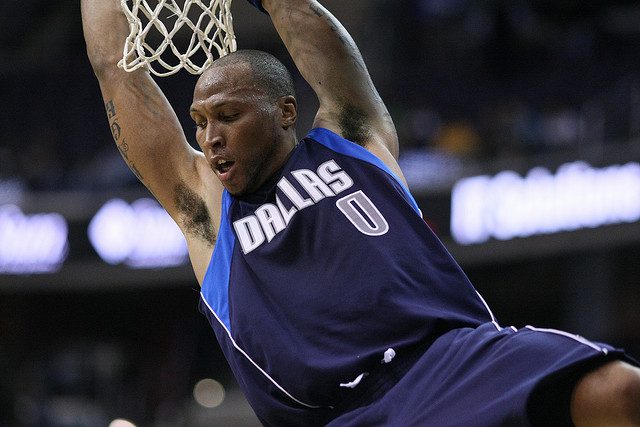 It’s being reported that Shawn Marion will be joining the Cleveland Cavaliers to fulfill his desire to play for a contender. The former Dallas Mavericks forward will be signing for the veteran’s minimum of about $1.4 million.

The Indiana Pacers were hoping to secure the services of The Matrix, especially in light of their likely season-long loss of Paul George after a Team USA scrimmage earlier this month. Armed with a $5.3 million disabled player exception, the Pacers could have easily outbid their division competitors, but because of their longstanding policy of not getting into the luxury tax area, would have likely only offered $1.7 million, which still beats the Cavaliers’ bid. However, Marion may have signed with the Cavs regardless because of his desire to play for a contender, and when you look at NBA Futures and each team’s odds of winning the NBA Title, Marion is clearly checking off that requirement.

While Marion is well passed his prime, the 36 year old can still contribute to an NBA team. Last season, he averaged 10.4 points, 6.5 rebounds, and 1.2 steals in 31.7 minutes per game. Once the contract has been officially signed, as well as the reported Kevin Love trade happening, Marion will likely be looked for solid minutes spelling both Love and LeBron James at the forward spots.

Marion is just one of the latest veterans to sign with the Cavs for a relatively cheap salary, joining Mike Miller and James Jones, both of whom were ex-teammates with LeBron with the Miami Heat. Rumors are swirling that if Ray Allen, another ex-teammate, decides to not retire, he’d also be joining the Cavs for a minimum salary at some point during this offseason. The trio of former Heat players bring the obvious spacing that LeBron needs to work the middle of the court because of each player’s deep-ball threat. Adding Love to that mix, as well as as already having Dion Waiters, will only open up the court more for The King.

However, LeBron and point guard Kyrie Irving won’t be the only ones that will take advantage of the defense spreading themselves thinner as this should have Marion get to the bucket as well. And, assuming The Matrix plays less minutes, he should become a highly efficient role player, which he did well during the Mavericks 2011 NBA title run.

The fact that Marion is joining the team for a minimum deal speaks to the appeal and power of playing with James. Can LeBron instantly make the Cavaliers the favorite to win it all, all by himself? Of course not. There’s still the defending NBA champion San Antonio Spurs to deal with, but when a team mixes in veterans such as Marion and Miller, for example, as well as have a strong young core in Irving, Waiters, and Thompson, there’s a very good chance that the Larry O’Brien trophy will live in Cleveland next year.