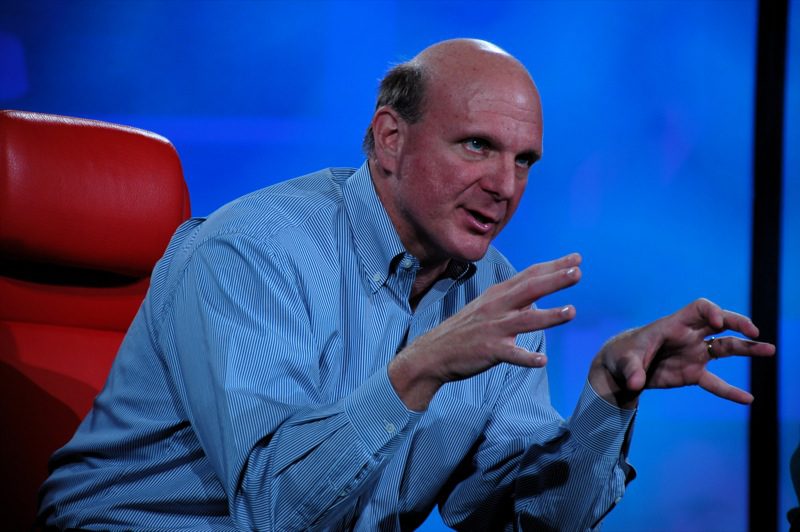 True story: I did a search for, “Steve Balmer,” on Youtube a few days ago because I knew the Los Angeles Clippers were holding a press conference to introduce Steve Balmer as the official owner of the Clippers. I purposely left out the word, “Clippers,” in the search because I wanted to know if Balmer’s ownership of the team would be among the first videos listed. Nope. The videos listed were titled weird stuff like, “Steve Balmer going crazy,” or “Best of Steve Balmer.” I chose not to view the videos because the titles alone sounded like poor attempts at trolling. The videos were just internet memes so there was no reason to click them. Then Monday afternoon came and I was reminded that sometimes the internet sometimes just tells it like it is.

Well, you can’t accuse the man of lacking enthusiasm. The full video of the entire conference is actually much weirder than the clips can show. Everyone in the crowd and on stage with Balmer cycle through a gambit of reactions. Take some time to watch it if you fourteen minutes to fill. Here are some actual things we can ascertain from the Balmernado.

No owner in professional sports would have chosen to be introduced the way Balmer did. He was bombastic and a tad ridiculous, but it got attention which is exactly what he wanted. Owners who keep themselves in the spotlight have popular teams even when they don’t perform well. Just ask Jerry Jones, owner of the Dallas Cowboys. Balmernado was not a shrewd move but it was calculated.

Expect more of the same down the road as the Clippers attempt to supplant the Los Angeles Lakers as the big fish in Los Angeles.

Ballmer: “Seattle is a town that deserves an NBA team…but the L.A. in L.A. Clippers is not changing.”

We should assume this is true until we receive evidence to the contrary despite the fact that few barriers exist to keep the Clippers in L.A. However, Balmer is the former CEO of Microsoft and Microsoft’s world headquarters happens to be in the Seattle area. Local Clippers’ fans probably have nothing to worry about, but the Seattle connection is impossible to ignore considering the city’s recent failed bid to purchase the Sacramento Kings.

Steve Ballmer: “Clippers is a big brand. It may have gotten there in a lemons to lemonade fashion, but the name is now well known.” — Ben Bolch (@latbbolch) August 18, 2014

Brands are important and there’s no reason to change the name unless it’s too toxic to be of use. Donald Sterling’s name was tarnished during the fiasco that led to his exile, not the brand of the Los Angeles Clippers. Players, coaches, arena staff, and front office personnel were seen as Sterling’s victims, not co-conspirators of his ugly actions and views. As Balmer stated, the Clippers’ brand is now well known so changing it now would be detrimental to the team’s popularity.

Baller Mind Frame wants to know what you think: Is Balmer crazy or exactly what the Clippers need heading into a new era? Let us know in the comments and share Balmernado with all your friends!