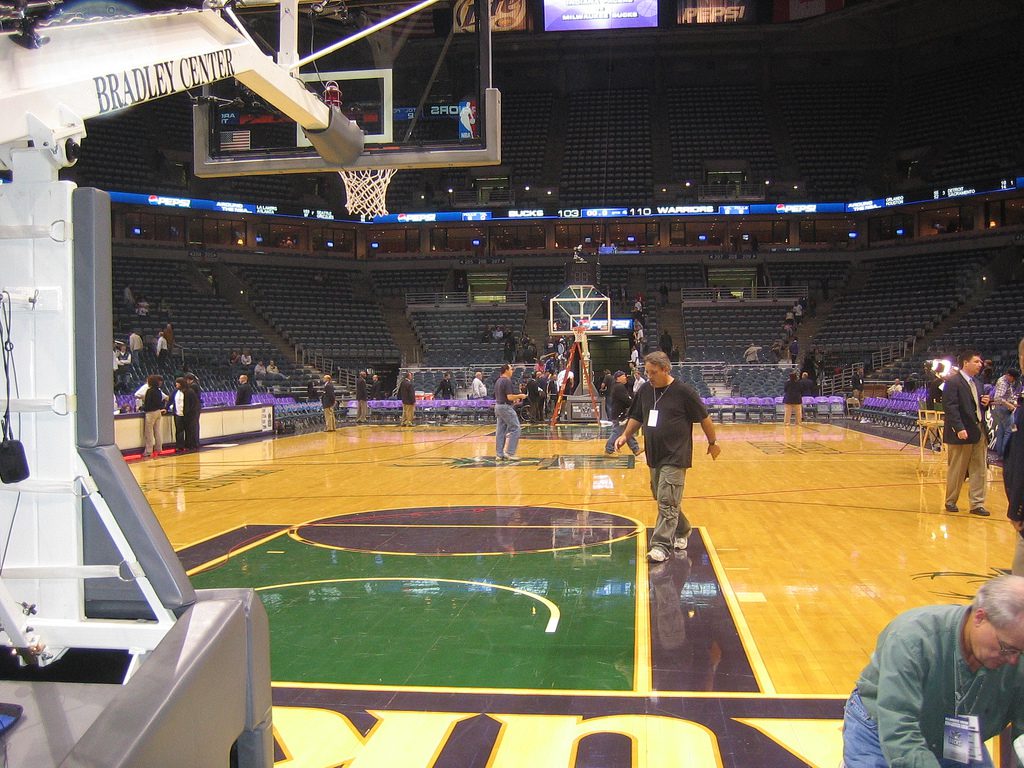 The NBA sent a memo out to teams detailing new regulations for courts that require an extra foot of clear space behind the basket, and cuts the number of camera positions for photographers along the baseline from 24 to 20, 10 on each baseline, in order to improve player safety.

For comparison’s sake, the NBA allowed 40 different camera positions during the 2010-11 regular season. The memo was sent by league president of operations Rod Thorn and executive vice president of team marketing and business operations Amy Brooks (Ms. Brooks really needs a condensed official title).  Thorn told the Associated Press that these plans were in place prior to Paul George’s gruesome right leg injury during last month’s USA Basketball exhibition in Las Vegas, and that the injury only reaffirmed their belief that this was the right thing to do.

“We have been studying this issue consistently over the last four years and these are just the latest adjustments to make the baselines an even safer area for our players, our team attendants and the photographers,” Thorn continued. “Many of the incidents of contact between players and photographers are around the basket area, so we felt it made sense to increase the open area between the baskets and the first photographer to four feet.”

The NBA gave the increased escape lanes a trial run during last year’s playoffs. Ultimately, it was decided that fewer camera positions increased player safety, but did not compromise the great photography that professional basketball is known for in the sports world. Players run into cameramen pretty frequently so it’s good to the see NBA make this move. Honestly, I’m amazed we haven’t seen more moments like Dennis Rodman’s sudden outburst against this defenseless cameraman on January 17, 1997 during a game against the Minnesota Timberwolves.

I miss that NBA. Hand-checking and crazy men are all gone now.