By now, you’ve likely seen the (in)famous Nicki Minaj video for her hit single “Anaconda”, but if you haven’t, go check that and Pop Culture Spin’s breakdown of the epic event.

In the case that you have viewed that sensuous display of female booty-blasting, rump-shaking, tail-twerking action, you may not have noticed the footwear that Minaj and her cohort, Aubrey Gr-, err … Drake, were wearing. And rightfully so if you didn’t catch it — there was a whole lot of action going on. Nevertheless, they came out with some nice kicks for the video.

In Minaj’s case, her and crew of dancers went all hip-hop for segments of the video and debuted a bright blue and pink version of the Air Jordan 6 Retro, see you can see below: 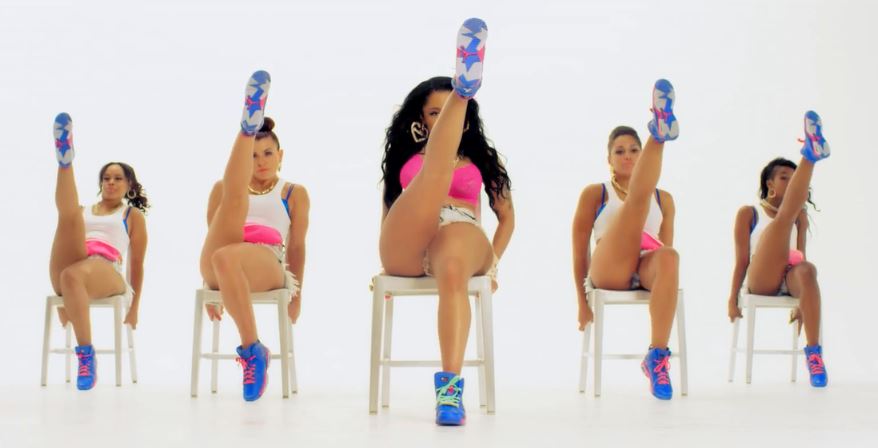 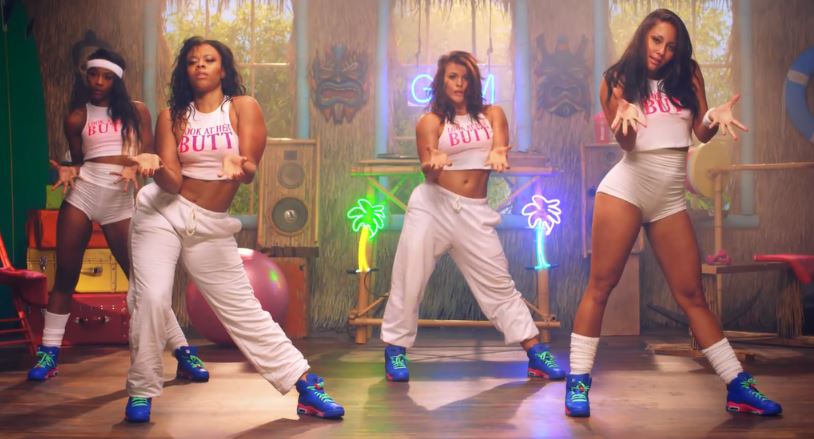 Very cute stuff, no? A pair of kicks destined to be a girl’s best friend.

Drake on the other hand, went with a curiously color-blocked white-dominant Air Jordan 3 Retro, which likely is colored with black and gold accents, per his usual habits of attire. Even Minaj herself had on a similar make of what Drake was wearing as she was kneeling giving Drake more of those trusty sensual vibes. Again, below: 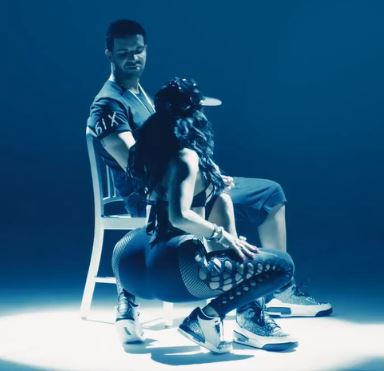 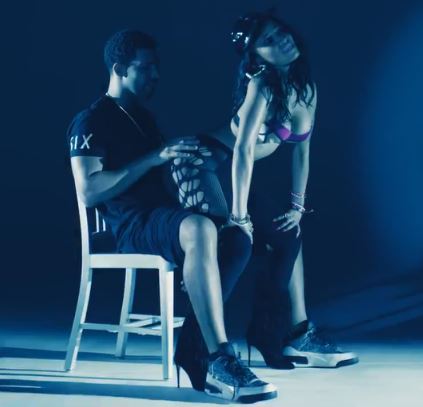 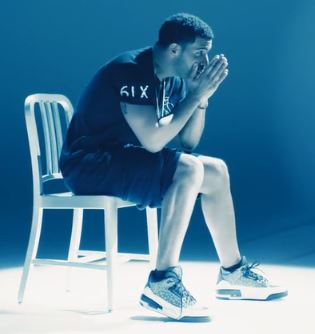 For more on footwear, go to Baller Mind Frame’s Gear & Lifestyle for all your sportswear and lifestyle interests and updates.