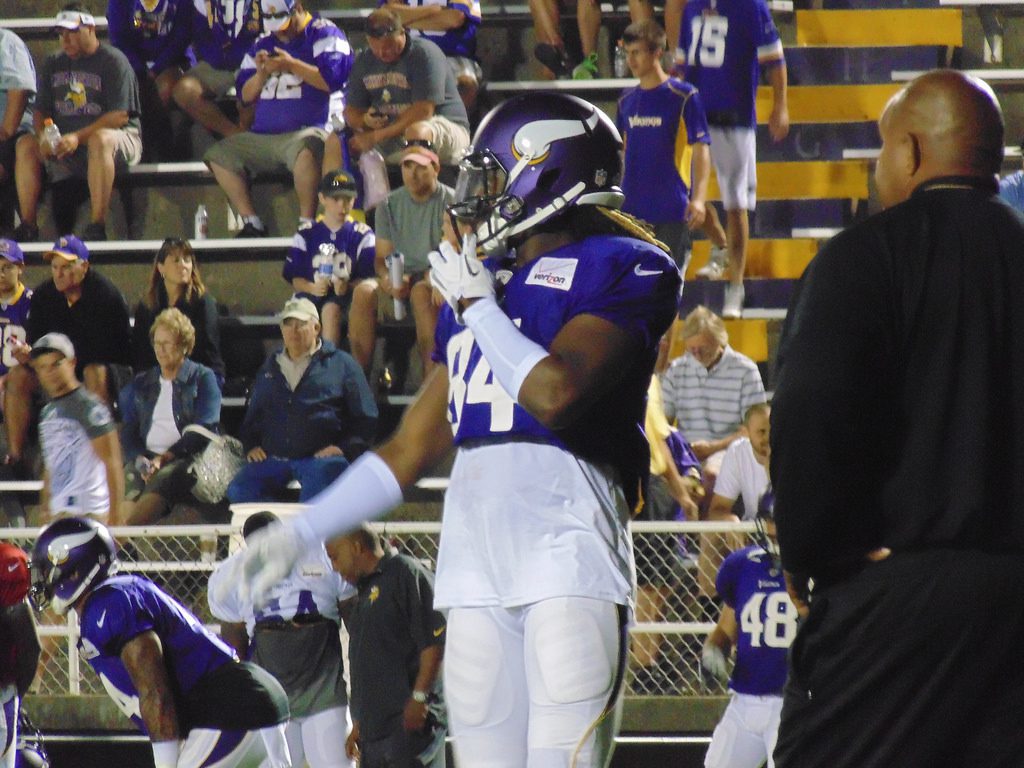 Another week of football is upon us, which means it’s yet another weekend for me to throw money away on meaningless NFL prop bets. Instead of sticking to the conventional game spreads, we are going to start a weekly NFL Props column to illustrate some fun bets that you can make money on, that don’t actually affect the full outcome of the game.

Take the over here. Don’t expect Patterson to rush for close to 100 yards like he did last week, but Minnesota should be able to work him into the offense so that he gets a few rushes again. I expect him to break free for one big 20-yard run, with a few small rushes sprinkled in to push him over the top.

Carolina has Cam Newton back in the lineup, which should help their offense immensely in week 2. Since they are the home team, it makes sense that they are the favorite in this bet. However, I do expect Detroit to once again score a lot of points, throwing the ball often and early. With that being said, I like the upset here of Detroit scoring the first points of the game.

The Seahawks opened their season on Thursday night, while Chargers played in the late game on Monday, giving Seattle three more full days of rest than San Diego heading into their matchup on Sunday. Even with the added rest for the Seahawks, this bet is a bit of a crapshoot, but at +500, it’s a good risk-reward bet to throw away five bucks on.

I’m not sure if you’re aware or not, but Ray Rice did something really bad during the offseason leading to him being suspended by the NFL. I’m sure you have no idea what I’m talking about, as there has been absolutely no media coverage about it at all. Speaking of Ray Rice, betting on my prop bets this week is about as safe as going to a casino with him. Okay, that may have been too soon, but take the over in this bet because I’m sure Boomer and the gang will have a full hour dedicated this topic.