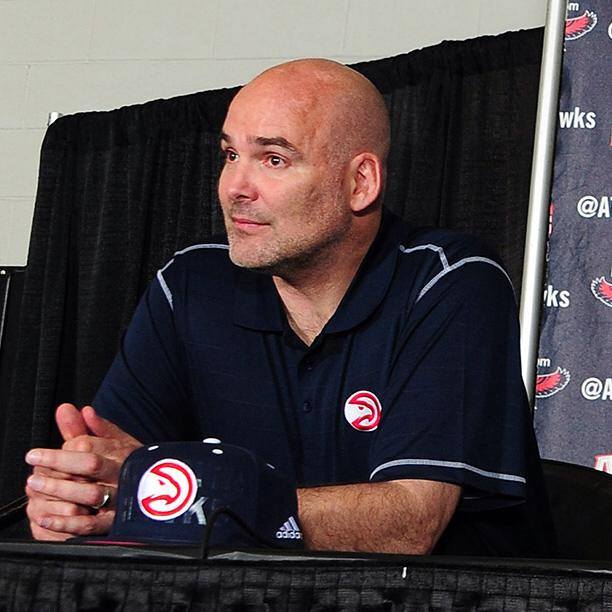 Reasonable people can adamantly disagree. I believe the NBA league office is full of smart, reasonable people with their hearts in the right place. That said, they are getting the Danny Ferry, general manager of the Atlanta Hawks, situation totally wrong. Based on the reasoning for indefinitely suspending former Los Angeles Clippers owner Donald Sterling and coercing his forced sale of the team, Ferry should no longer have a job in the NBA.

Let us return to April 29, 2014 when NBA Commissioner Adam Silver doled out an indefinite ban to Sterling. One particular answer from the question and answer segment is worthy of note.

Q. Was the punishment designed in effect to get the message across to Mr. Sterling that there’s no advantage, nothing to be gained from him continuing his ownership? And also in determining what the punishment would be, including the suggestion to the Board of Governors, did you take into account Mr. Sterling’s past behavior, or was it just based on this one particular incident?

The board, as we all know, never met.

Several critically acclaimed publications had archived Sterling’s racist behavior prior to the leak of the TMZ tape with V.Stivano.  In 2002, ESPN published a scathing account of Sterling’s racism including his actions as a slumlord, and the basketball-related fact that the Clippers employed zero black people in 2003. Zero. In an recently published GQ interview, Blake Griffin said he wasn’t surprised by what Sterling said on the leaked tape because he looked up “Donald Sterling” before he was drafted.

Silver stated that, previous actions were not taken into account. Sterling’s discipline was based solely on the ugly words from a secretly recorded, private conversation. Danny Ferry’s disrespectful words about Luol Deng were said during a June conference call with Atlanta Hawks’ owners while reviewing the scouting reports of available free agents.

“He’s a good guy overall, but he’s not perfect. He’s got some African in him. And I don’t say that in a bad way …,” and so Ferry continued. Ferry claimed he was reading directly from the scouting report. Take a listen for yourself.

Ferry made an egregious error by reading the offensive analogy. Ferry’s comments are more ridiculous than Sterling’s leaked tape because he said them during a conference call which showed his level of comfort with those words, as if everyone else agree with the sentiment, or just allow him to spew those words with consequence. Luol Deng’s response to the scouting report reflect this concern.

Concerning my free agency, the focus should purely have been on my professionalism and my ability as an athlete. Every person should have the right to be treated with respect and evaluated as an individual, rather than be reduced to a stereotype. I am saddened and disappointed that this way of thinking still exists today. I am even more disturbed that it was shared so freely in a business setting.

This is why the NBA’s response has been extremely disappointing. Several people of consequence in league circles have backed Ferry and spoken to his great character: David Aldridge, Billy King, Stephen A. Smith, Steve Kerr, Adam Silver, and, most recently, Magic Johnson.

Just had a heart to heart meeting w/ Hawks GM Danny Ferry! He apologized for his comments about Luol Deng & the African American community.

I have a lot of respect for Danny because he called and wanted to talk about how his comments offended so many people.

After our long meeting, I think he deserves a second chance whether it is with the Hawks or another team. — Earvin Magic Johnson (@MagicJohnson) September 23, 2014

The NFL is in hot water now for doing the exact same thing with Ray Rice – prior good behavior does not wipe away the stain of a reprehensible action. Ferry calling Magic Johnson to apologize to Luol Deng and the African-American community is bogus. Let’s assume Ferry was contrite when speaking to Magic Johnson. Cool. Where’s the call to Luol Deng? What happened to a public press conference to address the comments and deliver a sincere apology to African-Americans? Additionally, why isn’t the NBA acting on culprits who wrote the scouting report? This question actually has an answer.

The full scouting report was posted by Sports Illustrated although with several redactions. What Ferry said is actually in the scouting report which should set off alarms for everyone. This actually implicates another party, the Cleveland Cavaliers. The scouting report came from the Cavaliers who traded for Deng in the middle of the season. It’s safe to say they were not happy with the return on their investment. According to SB Nation, the person who wrote the scouting report is no longer with the organization. The NBA sure is happy the NFL can’t get their house in order, or else this story would be a whole lot bigger, including putting a huge damper on The King’s return to his Akron kingdom.

Downplayed or not, the damage has already been done. Locals of the Atlanta area won’t forget the casual action taken by the Hawks from this issue (and that’s not even getting into Bruce Levenson’s self-reported letter to team owners).  Atlanta Hawks legend Dominique Wilkins made a peculiar comment about this situation that mostly went unnoticed. ” I don’t think that just happened overnight. That’s been an accumulation over the past couple years. A lot of people think that it just happened, but it’s been going on for the past two or three years now.” Ferry became the general manager of the Hawks in June 2012. Perhaps this is bigger than Ferry, but Wilkins was clearly alluding to some shifts in the Hawks’ organization.

The only current player other than Deng to speak up about Ferry or Levenson’s stupidity has been Carmelo Anthony who made no bones about how he and other players around the league feel about the Atlanta Hawks following those comments when speaking to ESPN.

“[There] ain’t nobody [who] would want to go there,” Anthony said Saturday at the Citi Carmelo Anthony Basketball camp in Manhattan. “At the end of the day, Atlanta, I think it puts Atlanta back even further now, from that standpoint.

“Atlanta is a great city, a great market, great people, great atmosphere. But as far as the comments [that] were made, I think it was uncalled for. From an owner, from a GM, those are not things you play with…”

“As a player, as an athlete, we’re looking for a job, we’re trying to find a place where we can move our family, we can make our family comfortable, where we can be comfortable in a comfortable environment,” Anthony said. “But those comments right there, we would never look at [playing there].

“I’m speaking on behalf of all athletes. We would never look at a situation like that, I don’t care what it is.”

Wherever Ferry goes, the stench of his comments will follow. Anthony put everyone on notice. I wonder how long it will take for Adam Silver and other league executives to acknowledge that fact.