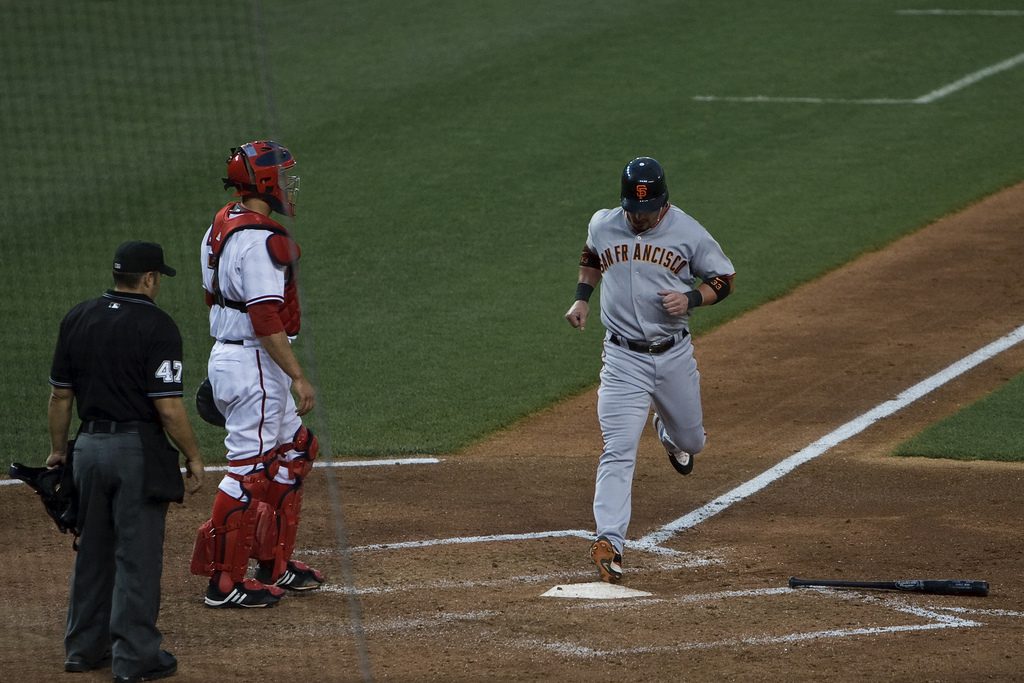 The San Francisco Giants scored four runs in the first inning. That eruption wasn’t a sign of dominance to come as they failed to score during the next eight frames. Fittingly, for a team that consistently produces in unusual ways and has the baseball gods pulling for them, the Giants’ next run did eventually come in the tenth. How, you ask? On a walk-off throwing error courtesy of journeyman reliever Randy Choate.

In St. Louis, Choate’s name will forever be synonymous with his colossal mistake that resulted in an NLCS Game 3 loss for the Cardinals. But there were multiple innings of baseball played before that untimely error.

For San Francisco, its first inning production was the result of two extra base hits against St. Louis’ starter John Lackey. Hunter Pence scored Buster Posey on a double to right field. To deeper right field, Travis Ishikawa cleared the bases on a double that shifted in the wind and was missed by outfielder Randal Grichuk. Despite this rough beginning, Lackey found his rhythm and managed to toss six innings, all of which were productive aside from the first.

The Cardinals’ scoring and comeback came over the course of multiple frames. It was a valiant charge for a team playing without their most important player, Yadier Molina. It started when Kolten Wong plated two teammates on a triple in the fourth. Other runs came in the sixth and seventh, when Jhonny Peralta had an RBI single and Grichuk unloaded on a Tim Hudson pitch for a home run. Like Lackey, Hudson wasn’t necessarily as bad as his line will indicate. Both pitchers battled despite not having their best stuff.

Once the game was tied in the seventh inning, both offenses went silent. In fact, the Giants’ offense went silent for an incredibly long portion of this game. Tim Hudson’s hit in the fourth was the last baserunner that San Francisco had until the tenth. That baserunner was Brandon Crawford, who had a quality at-bat against the aforementioned Choate that resulted in a walk. Leadoff walks are nightmarish to managers for a reason. In this game, Crawford’s walk loomed rather large.

Juan Perez followed the base on balls with a single. That hit came after Perez was unable to put down a sacrifice bunt. When Gregor Blanco came to the plate, he also attempted to sacrifice. Blanco’s bunt attempt was successful and ended up causing a considerable deal of chaos. Choate fielded the bunt and made a throw to second baseman Wong, who was covering first due to Matt Adams playing in for the sacrifice. Choate’s throw went past Wong and allowed Crawford to score from second.

That quickly and randomly, Game 3 of the NLCS was over. An early ambush by the Giants, a persistent and prolonged comeback by the Cardinals, all paved the way for a tenth inning error by a relief pitcher to be the deciding point in the game. San Francisco now has a 2-1 series lead as they prepare for two more contests at home. Game 4 pitching probables are Ryan Vogelsong for San Francisco and Shelby Miller for St. Louis.