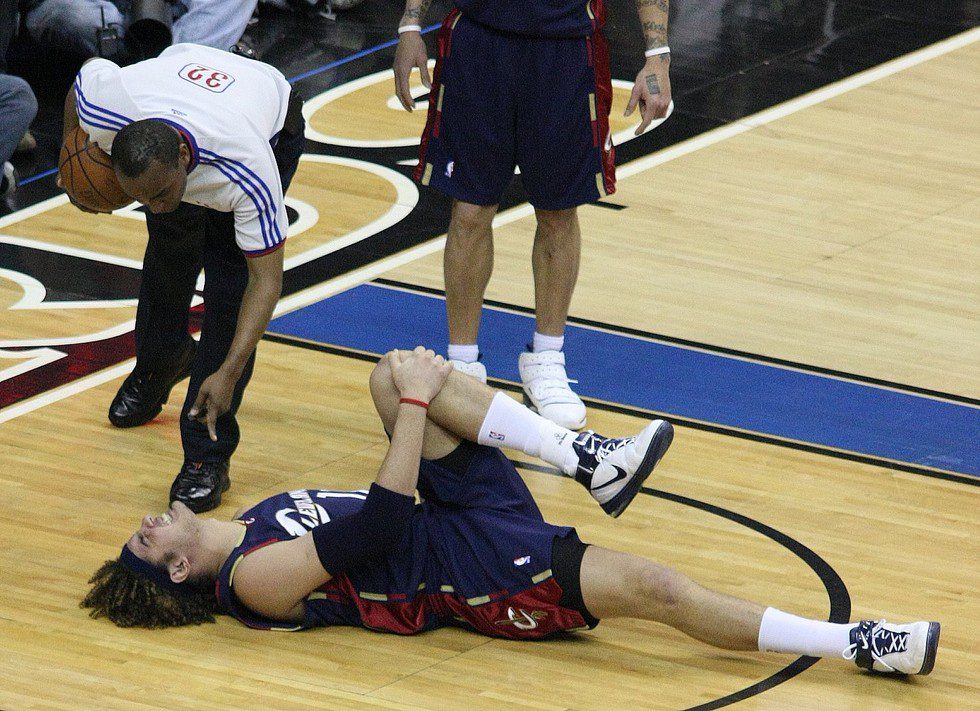 The NFL season is in full swing and some injuries to key players have teams wondering what they are going to do with their season. The NHL just started, the NBA season is close to moving, and teams are already looking at how to deal with these situations. MLB teams’ World Series hopes have already been dashed due to an injury, and all this got me thinking: what sport has the hardest time dealing with injured superstars? I’ve broken this down into five categories for the four major North American sports leagues (MLB, NBA, NHL and NFL).  I begin writing this without knowing which sport would prove to be the most difficult, but I had my suspicions. Each sport will be graded on a scale of one to five,five being impossible, and one being easy. The sport with the highest score is the … I want to say winner, but that doesn’t seem right.

Tradability – The ability of a team to trade or replace any injured player.

No star player is truly replaceable, and really the timing of the injury and how integral a player is to the style of their team’s play will impact things, but let’s break it down.  The NFL has their trade deadline so early in the season that few players are traded after training camps begin. That makes it harder for teams to replace a player.  And the drop off from starter to backup is a lot wider in the NFL than it is in any of the other major sports. The NBA, MLB and NHL all have trade deadlines that are almost at the end of their seasons, and many teams stock up on some talent, even if it’s temporarily, with players on expiring contracts. The NHL losses a point here because players are often added to various affiliates and different leagues midway through the season. These players often come in from the NCAA or European leagues that finish earlier than the NHL does. While these players rarely make a difference I can’t ignore this alternative source of talent and it’s potential impact.

Interaction – How key is the interaction between players and player chemistry to the success of the team?

The New York Yankees proved for years that it was much easier to put the nine best hitters on the field and win championships. In baseball there are really only two interactions that have an impact; those being pitcher and catcher, and the shortstop and second baseman in a double play. To be fair even these aren’t all that critical.  The NHL has lines of players, and chemistry there is important, but coaches often shuffle lines mid game to try and get things going. The NBA sees a very limited roster of players, and the use of the system and set plays does increase how reliant players are on one another at both ends of the floor. But the most complicated interactions are those on the football field. Knowing the difference between “9X Double Razor Gap” and “9Y Double Razor Flex” could be the difference between a touchdown and an interception.

Team Performance – How critical is personnel to the outcome of a season/series?

This is probably the most difficult item to quantify, as there are so many different positions with varying degrees of importance on their team. A starting pitcher in baseball is a big loss, but they only pitch every four or five days. A superstar slugger only bats four or five times a game. Given the number of games, or the number of times a game the player has to impact the outcome MLB only gets a two here. NBA superstars play a solid set of minutes, and offensively and defensively the team has a game plan that may hinge on their performance, earning them a solid four. Now let’s tackle the NFL (no pun intended). A guy like Peyton Manning is a five, the entire offense revolves around him, and the team would not win seven games if he were not the QB, but a quarterback like E.J. Manuel doesn’t seem to have that same kind of impact to the success of his team. In the NFL, because you have so much time to game plan coaches can create a different attack/defense altogether.  Often times, because this can be so far off the standard a team can catch the opponent off guard and win a game in this way. On to the NHL, where there are two grades here.  The three belongs to forwards or defense. Since lines get juggled all the time, missing a guy, even a superstar, can be mitigated in the shuffle.  The five goes to the goalie. Here is a guy who just has to stop the puck from entering the net, and you can’t really game plan to stop shots.  You can’t coach a way to stop shots from happening. The Montreal Canadiens would have beaten the New York Rangers last year, and played in the cup against the L.A. Kings, had it not been for the injury to Carey Price. L.A. wouldn’t have made the playoffs were it not for Jonathan Quick.

Leadership – How critical is the leadership factor within the sport?

I watch players try to be emotional leaders on the sidelines, or on the playing surface all the time, and to me this speaks volumes about how good a player they are. How successful these players are almost matters more on the sport than it does their own personality. In baseball I see just as many examples of players getting overly excited and throwing a wild pitch, or swinging at something they shouldn’t, as I do a player coming through in the clutch. The NFL needs a player to lead, but on a 53-man roster you can have a variety of different leaders. It doesn’t mean that a leader is missed, it just means they are easier to replace. With that same logic in mind, the NHL has a smaller roster, and the NBA even smaller; meaning that leadership is a much more cherished commodity in the NBA that it would be anywhere else.

Coachability – The ability for the coach to work around the missing player.

I briefly touched on this idea in Team Performance. It works a little bit different when it comes to coaching. When a player goes down in the major leagues the coach doesn’t have a lot of options. He moves everyone up in the lineup, and puts in the next best player at the position, and hopes that the guy has a decent day. Ok, yes, it’s far more complicated than that (Lefty vs Righty pitching, the scope of the ballpark, DH or no DH), but it can be that simple. The argument here is that the coach really can’t change his plan to lessen the impact of his missing player. The NFL is almost the exact opposite of that argument, in that coaches have so much time and so much planning they can do to change what they are doing to make the injury less an issue when it comes to game time. A prime example of this would be the Dallas Cowboys’ defense this year. Without any true star talent, and many of their starters missing at times (Sean Lee, Anthony Spencer, Orlando Scandrick) they still have a 5 – 1 record. In the NBA coaches prefer to get players to work their system, than change the system to fit the players (not that it’s not like that in every sport to some degree). It’s the amount of time they are on the floor that makes a starter more critical to this success, particularly if that starter is a linchpin in the offensive or defensive set. Then we come to hockey, and I had to separate the goalie again. Every other player on the ice can be worked around more easily than it can be in the NBA. There is less time to make these preparations, but juggling lines does mean that coaches are able to make adjustments on the fly. The roster also holds more players, and the use of a farm system does mean replacement players are readily available. The goalie, though, can’t be game planned around. You can’t stop the opposing team from taking shots, you just need your top-tier guy.

In all seriousness I really didn’t know who would win this.  My initial thoughts were going to be an NFL quarterback, or an NHL goalie, and by the math the goalie was going to win that out, but no, it’s the NBA player that would be the most difficult to replace.  This came down to how small the NBA roster is in comparison to the other sports, and how difficult it is to change the way a team plays on short notice. It is also worth noting that NBA players play very much at both ends, whereas NHL and NFL players are more specialized. MLB players also play both ways, but I’d submit to you that the backups for most MLB positions are superior defensive players (as you do so often see defensive substitutions at the end of tight ball games).

Of course each player will tip the scales differently than the others. Mike Trout is far more difficult to replace than any number of starting NBA players (Anderson Varejao comes to mind). Of course the flip side to that is that Verajao would be tougher to replace than the entire Jacksonville Jaguars team. Regardless of what you think, may your team stay healthy, and may any injuries be minor this season. I absolutely hate it when the discussion turns to “if only ______ had been healthy.”