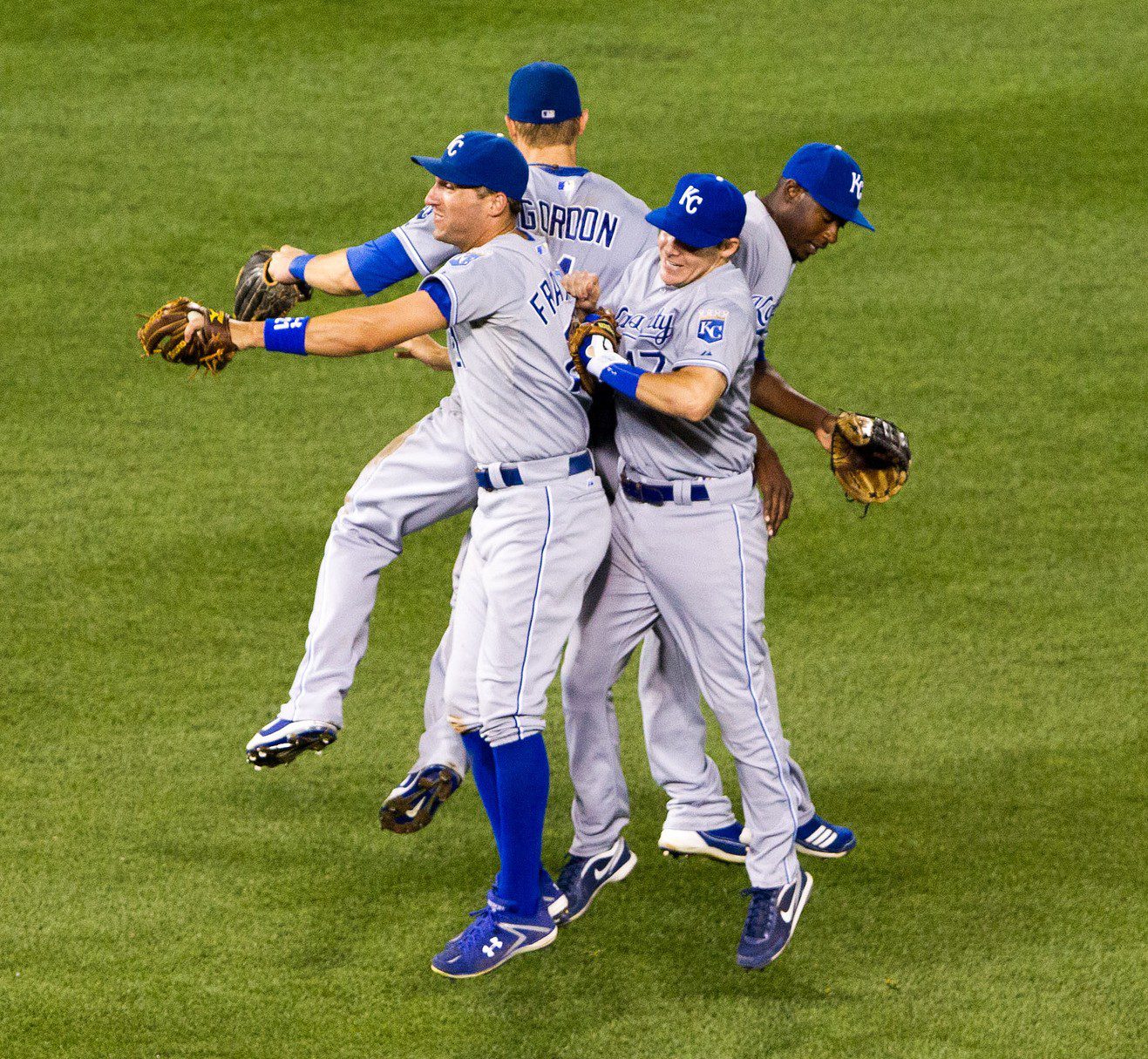 For the first time in over 10,000 days, the Kansas City Royals won a World Series game by playing their death-by-papercut style along with locking down the game in the 6th inning with their incredible bullpen – they didn’t deviate from the formula.

Game 1 was anticlimactic, but Game 2 provided fireworks from the actual game to the potential World Series donnybrook that never ensued. The game began with Gregor Blanco’s solo homerun putting the Giants ahead 1-0 in the first inning. Déjà vu, anyone? The bottom of the first had ALCS MVP Lorenzo Cain doubling and scored on Billy Butler’s single. The Royals snatched the lead when Alcides Escobar’s double brought home Omar Infante, who also reached on a double. Giants’ starter Jake Peavy settled down after giving up those first two runs, and the Giants struck back in the top of the 4th when Pablo Sandoval doubled and scored on Brandon Belt’s double. The 6th inning is where the managerial chess match began, and Ned Yost played his normal hand.

Kelvin Herrera closed out the 6th inning by leaving a runner on base, and the bottom of the 6th is when all hell broke loose for the Giants. Peavy had retired 10 straight batters, but Cain started the inning with a single and Eric Hosmer drew a walk; Bruce Bochy drew the hook for Peavy and inserted Jean Machi to replace the starter. Butler promptly singled, scoring Cain. Bochy brought in Jaiver Lopez and he retired Alex Gordon, but Bochy went to the pen again and brought Hunter Strickland in to face Salvador Perez. After Strickland’s wild pitch advanced Hosmer and Terrence Gore (pinch running for Butler), Perez ripped a double scoring both runners. Royals 5 Giants 2. Strickland then had something to say to Perez, who had something to say in return, and the benches engaged in histrionics. Once order was restored, Infante deposited Strickland’s offering into the region beyond left field’s boundary. The Royals five run lead proved insurmountable.

Herrera to Davis to Holland struck again. The Giants had no answers for the bullpen trio. Herrera worked through a 7th inning where he surrendered a walk but was otherwise uneventful. Davis contributed a perfect 8th, and Holland allowed a 2 out hit but effectively shut the door. Yost, who rightly had been questioned at the beginning of the postseason out-witted the future Hall of Fame manager Bochy, and that’s the reason why this series is knotted at 1 game apiece heading into San Francisco.

There should be much intrigue as the World Series returns to AT&T Park for the third time in five years. Both Kauffman Stadium and AT&T Park play similarly and each pitching staff will have an able defense to provide cover. The question with both teams being so evenly matched is which manager will win the match-up war, and which team seizes the moment three more times.