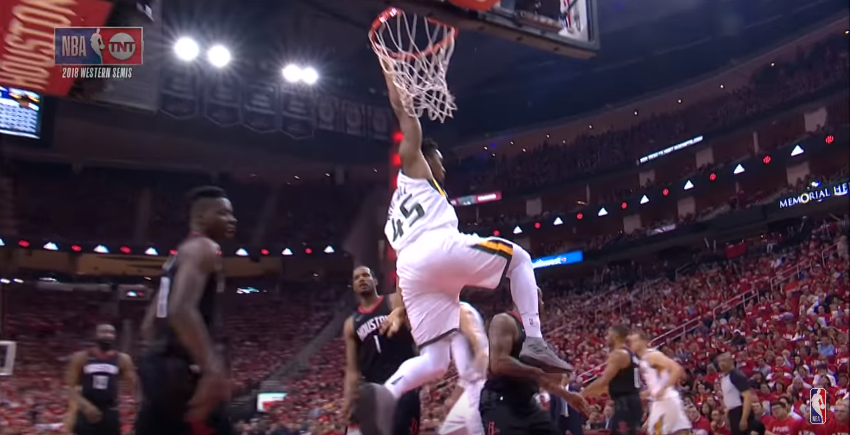 Joe Ingles led the Utah Jazz with a career-high 27 points, as the Jazz evened the Western Conference semifinals 1-1 with a 116-108 win over the Houston Rockets.

Ingles set another career best with seven three-pointers, while Donovan Mitchell scored 17 points to go along with a franchise rookie-record 11 assists. Rudy Gobert held down the middle all night for Utah, scoring 15 to go with 14 rebounds and 3 blocks.

James Harden played well despite the stingy defense by the Jazz, netting 32 points and 11 assists, Chris Paul added 23 points of his own, and Clint Capela continued his stellar post-season play with 21 points, 11 rebounds, and 2 blocks.