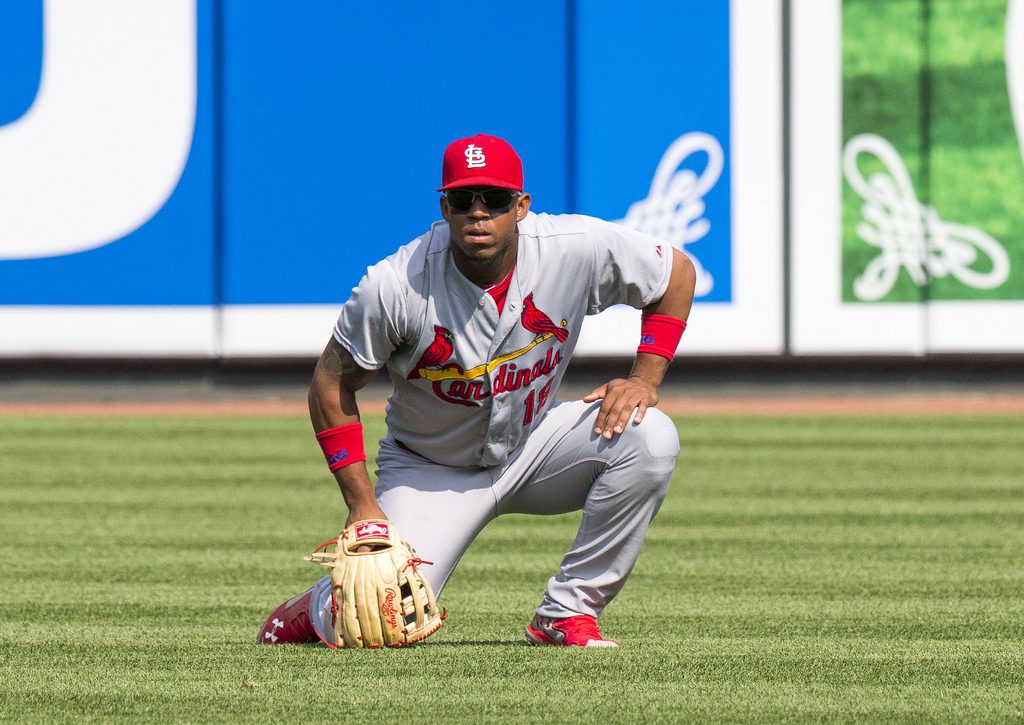 The stolen promise of a lifetime lasting 22 years is horrific for any family, but the death of Oscar Taveras reminds all people of the preciousness each day possesses and how quickly a lifetime passes.

To frame the tragedy of St. Louis Cardinals’ prospect Oscar Taveras as a baseball story is shortsighted and narcissistic. Baseball is lesser for his death, but all people are. Twenty-two years is hardly a lifetime; it’s dawn. It’s a time when people begin to explore their talents for their own purposes instead of the impositions imposed by their parents or society at large. Twenty-two is that magical time when possibilities are endless, in 44 years you’ll only be 66! Twenty-two is never the end. For Taveras and his girlfriend, a lonely stretch of road in the Dominican Republic was just that. We are all lesser for it.

His 2014 Chevrolet Camaro is just a mangled mess of steel. Trained eyes coldly, clinically note the rarity of survival when cars are so thoroughly butchered. In a few days, there will be details of the accident. Questions about speed and circumstance: humanity’s futile attempt to apply logic and reason to tragedy. That’s why it’s tragic, because logic doesn’t exist in the vacuum of tragedy. Taveras and his girlfriend were randomly taken from this world the way Thurmon Munson, Corey Lidle, and Roberto Clemente were many years before. Fatalities in motor vehicle accidents are nothing new.

According to the WHO (World Health Organization), 1.2 billion people were killed in motor vehicle accidents worldwide last year. In 2010 the WHO reports that per 100,000 residents, the Dominican Republic was second to Eritrea with 41.4 fatalities due to motor vehicle accidents; in 2010 that means 4,143 people died on Dominican roads. The Dominican Republic’s population in the 2010 census is a shade under 9.5 million. That’s not a statistically insignificant amount of fatalities. Taveras and his girlfriend become two more on the ever-growing scroll of names claimed by worldwide roads. His death haunts anyone that’s ever set out on the road.

Everything in this world is a risk. Some more calculated than others. Statistically, it’s safer to fly to a location than drive. Tell that to the families of Malaysia Airlines Flight 17. Statistically, in New Jersey, there were 30 fewer deaths due to drunk driving. Tell that to the families that lost anyone from the impairment of driving under the influence. Statistically, 33,000 people in America lost their lives on our roads in 2012, that’s about 11 people per 100,000 residents. Tell that to those 11 families. Yes, cars are safer than ever. Yes, seatbelts save countless lives. The cold hand of fate dismisses these facts. It’s always someone’s turn; no one’s safety increases due to notoriety.

Taveras was 22. That’s the hardest part of this tragedy. Clemente was 38 when his plane was enveloped by an Atlantic Ocean still stubbornly refusing to disclose its whereabouts. Munson was 32 when his plane crashed in Ohio. Corey Lidle only 34 when his plane smashed into the Manhattan apartment building. Age should not matter, but it does. Clemente’s Hall of Fame career and persona were well-established. Munson’s reputation is a hallmark for all Yankees and their fans. Lidle’s workman-like career seemed to have many years ahead. Taveras showed glimpses of his potential with the bat. He was highly rated by any scouting service with gravitas. The Cardinals expected him to anchor their lineup for the better part of a decade. His car was bright red, chilling this morning, but yesterday morning a wonderful homage to the team giving him a chance that all Dominicans (to be fair, most anyone who dreams of athletic glory) yearn. The story of Taveras should not be framed as a narrative of lost baseball promise though.

It’s impossible to wake up this morning and hear the news of the accident and not come back to that number – 22. There is no presumption to know who Taveras was, or what he stood for at such a tender age yet because he’s forever suspended at 22 years and becomes a canvas to project all sorts of athletic and personal aspirations upon.

Taveras’s death creates a duality. His death should not be viewed as more significant than any of the 1.2 billion deaths that occur because of motor vehicle accidents, nor should it be diminished for that same reason. There’s the cliché that if his death causes one more person to drive with greater care or wear their seatbelt (it’s unknown right now if Taveras was seat-belted) then his death was not in vain. That cliché is preposterous. Automobile accidents are random, horrible events. Paul Walker’s death earlier this year occupies the same space. Years ago Lisa “Left Eye” Lopes died in a car accident. There’s no rhyme or reason, and attempts to use accidental deaths of celebrities as a means to promote greater awareness of automobile safety is specious and self-serving. Using Taveras to promote car safety is short-sighted, but will inevitably happen; instead, he should be mourned without the sanctimony often accompanying these tragedies. Tragedy is simply what this accident is – no more, no less.

If one is so inclined, look to West Palm Beach, Florida today. The ironically-named John Goodman is on trial for DUI manslaughter. After having the original verdict vacated, Goodman’s retrial rehashes details of a night where his blood-alcohol content was egregiously high (his BAC was more than twice the legal limit three hours after the incident) and resulted in his Bentley smashing into Scott Wilson’s Hyundai, pushing the Wilson’s car into a canal and drowning Wilson. Goodman left the scene of the accident, found his way to someone’s house, called his lawyer, and subsequently called 911. Scott Wilson was 23 when his life was taken by a privileged and inebriated driver, and today is largely a footnote to the salacious trial. What’s sad is that in order to write this paragraph, I had to google Scott Wilson’s name.

A wish for all people is Taveras’s death becomes not a car safety footnote, but a time we remember how thankful we are each day to have this wonderful gift of life, and appreciate it. This type of action is the proper way to memorialize Taveras.