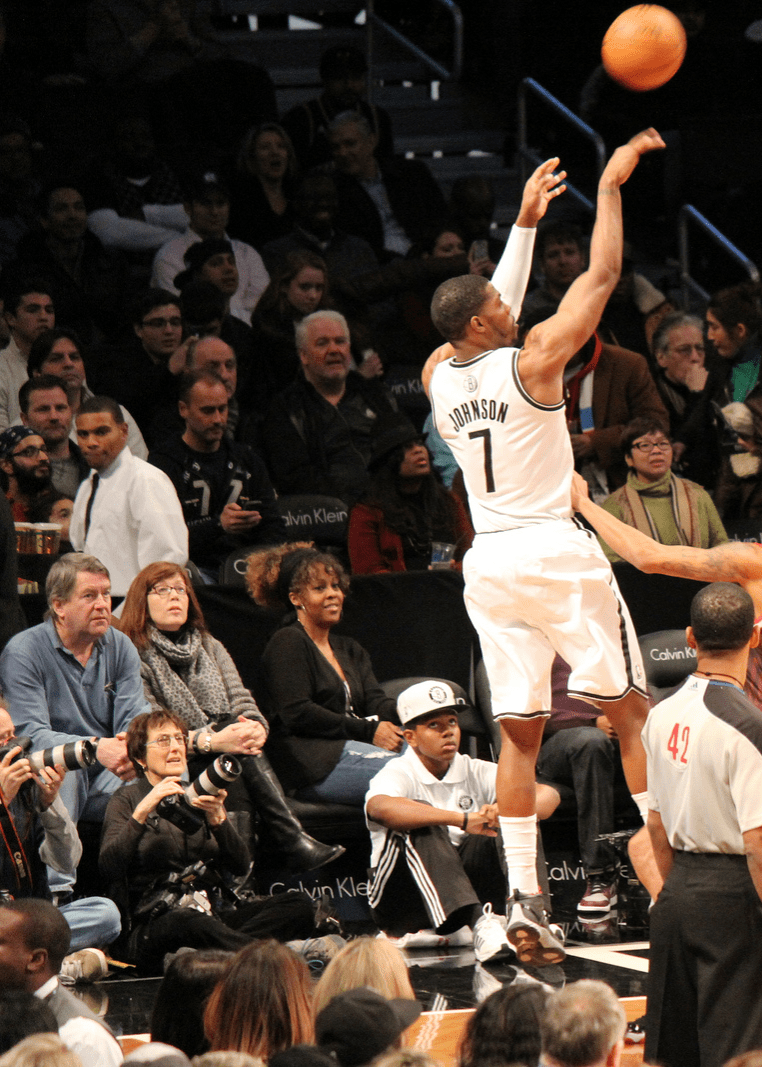 It’s 5:15 a.m. about two blocks away from Times Square in the heart of New York City. In the city that never sleeps, it’s a quiet Wednesday morning, or a late Tuesday night depending what stage you are in. After a late night of drinking and enjoying their evening, three Canadian tourists decided that a local pizzeria would be the cherry on the top to a spectacular night.

Before the events that transpire in that pizzeria are told, the hours leading up to starvation should be communicated. The day started with a history lesson when the crew took a tour of Ground Zero. After spending the afternoon learning more about 9/11 and reading the names of the thousands of innocent people who lost their lives, the group hopped on the subway and headed to Brooklyn.

Riding the New York subways can always be an adventure and the creatures you see can make any man feel nervous. Getting off at the Barclays Center, the night kicked off with a game of hoops between the Brooklyn Nets and Milwaukee Bucks. For five guys who love sports, the Barclays Center felt like a masterpiece of an arena, but we had no idea what we were getting into that night.

We never expected an exciting game. The only excitement I thought I would be getting was betting on Brooklyn to score the first points of the game, which they did, so thank you Sport Interaction for that $7.00. However, a big thank you goes out to Joe Johnson for what he accomplished that night. Johnson drained a three-pointer with one second left in the game to force overtime, and then the unthinkable happened. Johnson drained a bucket with time expiring in overtime to win the game, making five Toronto Raptors fans ecstatic for their division rivals.

Unless we were sitting courtside next to Jay-Z and Beyoncé, the night couldn’t have gone any better. For $30, we had seen the best basketball game in our lifetime, and the Milwaukee Bucks were involved; who would have guessed?

Our plan was to go to a bar regardless after the game, but we were now on cloud nine. On a Tuesday night in New York City, we found a New York University bar that was serving $1.00 beers and jumped on it. For dudes who are used to spending $8.00 for a beer in Toronto, you could imagine things got a little out of control. We closed that place down, playing flip cup and beer pong in the bar, while only spending roughly $20 each.

This is when the night gets a little hazy. After the $1.00 beers establishment closed, we found another undisclosed drinking hole. I met a guy who was also named Steve and we kicked it off. We had nothing in common, except for our names, and he told me he was a pilot and loved large-and-in-charge women. Regardless, after we closed down this bar, he took two of my friends and I to another bar. Remember there used to be five of us? Well the night was down to three after two couldn’t quite handle NYC any more.

Steve the Pilot took us to a great spot and my friend fell in love with a girl from Ireland. That loving relationship lasted about 20 minutes and our energy levels were getting a little low as the clock was closing in on 5:00 a.m. With the night slowly turning into morning, we said goodbye to Steve the Pilot and decided to end the evening by eating some pizza and heading back to the hotel.

Back to the beginning. We walked into the pizzeria and I’m the first to order. I think I went with the traditional pepperoni slice, and then just sat in the corner eating while my two friends ordered. Things were about to get out of control.

For some reason, one friend decided to talk trash to a guy wearing a Mark Messier jersey and his buddy. For a guy whose 160 pounds soaking wet, it probably wasn’t a good idea to chirp. However, at this point in the night, I could barely see straight so I didn’t even care what was happening. All of a sudden, salt and pepper shakers are being thrown and Messier and his buddy are slowly getting close to my friends.

Again, I’m still in the corner minding my own business because all I wanted was pizza. Messier swatted my friend’s piece of pizza out of his hand like a Chris Paul steal and the slice fell to the floor. Instantly, I felt sober. Who knocks pizza out of someone’s hands? That’s assault, brother. That’s where I drew the line; I had to make these guys pay.

Out of nowhere, I went from a quiet guy in the corner to Chuck Liddell, as I Superman-sucker-punched Messier. It’s what I think is a 3-on-2 brawl in the pizzeria. Turns out the one guy who started the fight with his chirps didn’t even fight and got out of the way to watch. I found myself fighting this guy, landing one or two bombs, then on the floor in the fetal position getting kicked in the head. Not exactly the way I thought that would end. A friend of mine got punched in the face so hard that he his nose broke; the guy he was fighting literally stopped the fight because he was bleeding too much.

As the fight was happening, the pizzeria employees weren’t calling the cops or trying to stop the fight. They were clearing tables and chairs out of the way cheering this on! Afterward, Messier and his buddy fled the scene immediately and we were left there a little bloody and swollen. Good news was that the pizzeria place gave me a free slice of pizza.

With one guy now having a broken hand, another with a broken nose and black eye, and another guy with a broken soul, I don’t think anybody was in a happier mood. We were laughing and couldn’t wait to tell the two guys who couldn’t handle NYC about what happened. The moral of the story is that we learned our lesson: never mess with Messier in New York City.