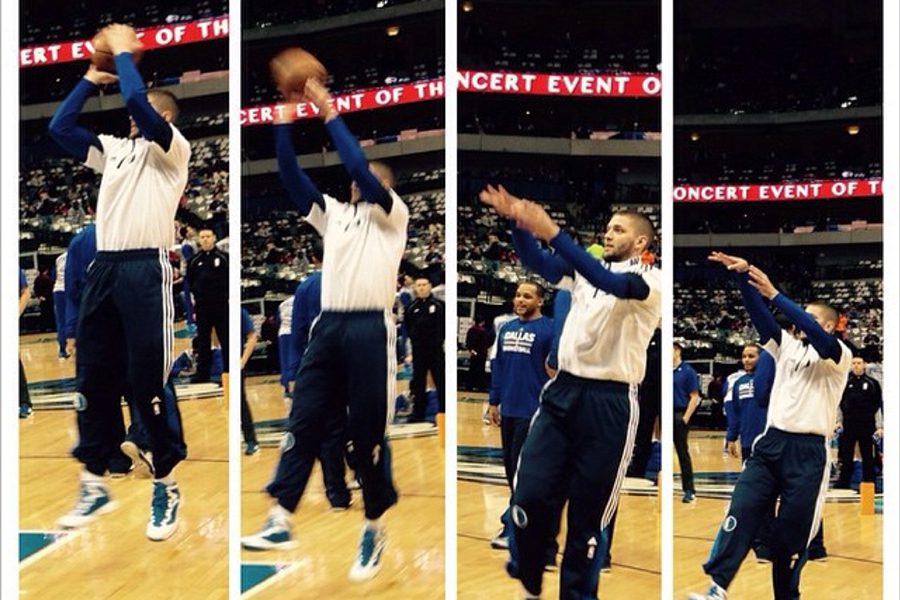 There are two things that are aggressively bipolar and tend to shift within a five minute time period inside the Dallas city limits: The weather and the Dallas Mavericks. Both make you want to throw a handful of mood stabilizers into the wind in hopes that something sticks evens the hell out. While the Texas weather shifted from 70 degrees to a biting 38 in only a couple of days, the Mavericks, after pulling a out tricky win against the Sacramento Kings on Tuesday evening, seemed less moody tonight. Well, less “moody” and more “murdery”. And yes, I just made up a new word. And why did I make up this unusual word that appears to indicate murderous intentions? Because the Mavericks decided to utterly annihilate the visiting Philadelphia 76ers, 123-70. That’s not a typo, people. Dallas beat the Sixers by 53 points.

“We just came out with a positive mind set of just coming out here and working hard and doing what we needed to do,” Dallas forward Brandan Wright said to the media in the locker room following the blood bath. “We knew our team was a better team obviously and we just had to come out here and stick to the basics and do what we do best and we showed it tonight.”

The 19,604 thousand in attendance knew it was over after the startling 38-10 first quarter, and went surprisingly quiet, an event that occurred during the first quarter of Tuesday’s game, but in a dyslexic fashion. The Mavericks were shooting 55.6 percent as opposed to the 76ers 22.2. “I think if we’re going to win, we’re going to have to earn it,” Philadelphia guard Michael Carter-Williams (who put up 19 points) said about the painful loss. “We have to play harder than everyone else. Nobody is going to roll over and let us win. We just got to keep working hard, like we do every day. When we go on the floor we have to give it our all.”

And they made it look so damn easy. “Did it look easy?” Chandler Parsons joked in the locker room. “Nothing’s easy.”

Mavericks led 73-29 coming out after halftime, and their bench put up 22 more points in order to end the quarter leading 95-53. By the time the fourth rolled around, head coach Rick Carlisle sat his starters and sent out J.J. Barea, Jae Crowder, Richard Jefferson, Al-Farouq Aminu, and Greg Smith. Along with charismatic performances by Wright, Devin Harris, and a scrappy Charlie Villanueva, the bench added on another 28 points to close out the game. Even though he only played for a little over 20 minutes, Dirk Nowitzki had tacked on 21 points, followed by Monta Ellis’ 17, and Parsons’ 14 points.

Wright, who also put up 14 points, shrugged when asked how the team keeps focus when having such a large lead. “Simple – just play hard and you can’t worry about the score or anything like that.”

Dallas set a franchise record for the largest margin of victory over the 76ers and go on to close out their four-game home stand against the dangerous Minnesota Timberwolves Saturday evening.