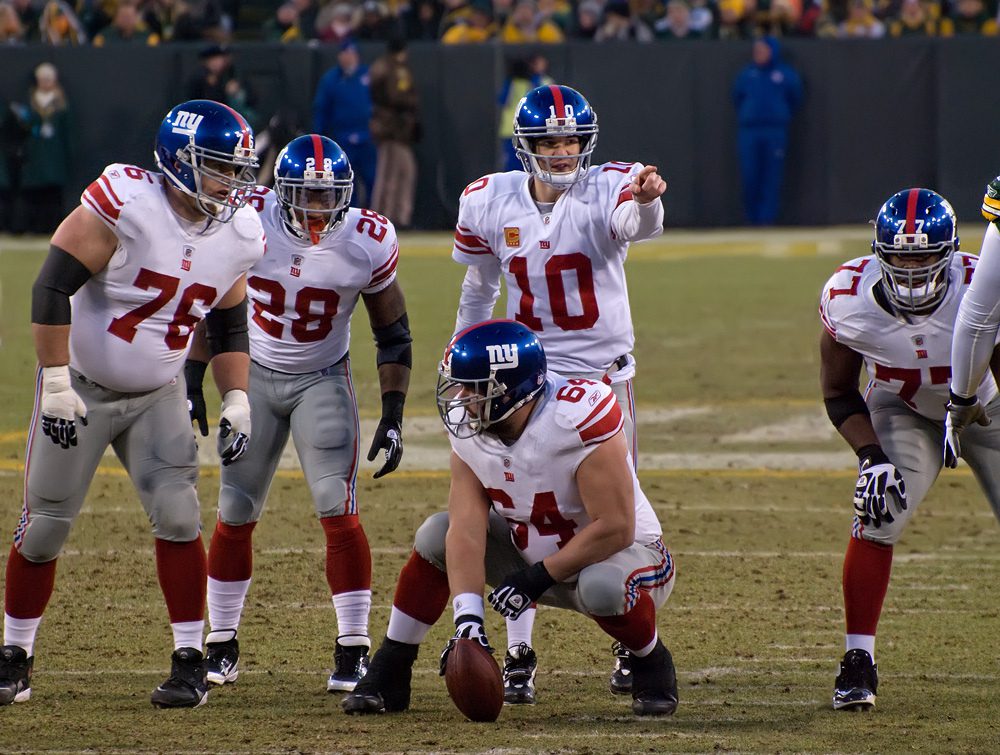 I don’t want to say that the New York Giants are asleep at the wheel of the tractor-trailer that is the 2014 NFL season (though the six-game loosing streak would suggest that). I don’t want to say that because I don’t believe that it’s true. The Giants are the victim of a perfect storm of unfortunate events that would make Murphy’s Law stand up and say “enough is enough.”

Let me break down a few things for the casual NFL observer. The Giants got handed a very tough front-loaded schedule. It’s not an excuse as all teams in the NFL are supposed to be good, but some are better than others. It also doesn’t help when you get hit with some surprisingly good teams (such as the Dallas Cowboys). I’m sure the Giants were looking for a split at a minimum with their division rivals in silver and blue. The Giants are also working in a new offensive system. I’m not saying Eli Manning is a meat-head (I’m sure his brain is at least 50 percent chowder), but it does take time to learn a new offense, and teams often struggle with new systems. Then don’t even get me started on the injuries. Seriously, it’s like every time someone in New Jersey gets a bright idea one of the Giants gets hurt. This explains why there are only a dozen or so G-Men on the injury report.

I say the Giants are “sleeping” because I’m not thinking about this season. Even if the Giants swept the remainder of games they would only finish 8-8 and would be ranked below the Cowboys and the Philadelphia Eagles due to a divisional losing record. I am thinking about next season. I say that with a caveat of the ownership and management seeing this season for what it is rather than what the media want to make it out to be. The sexy/scandalous story is that Tom Coughlin is done and that Eli Manning is auditioning for his job. Those story lines are so sexy and scandalous that Lindsay Lohan refuses to read them. In actuality the Giants will not actively part ways with either their coach or their QB. Now if Coughlin decides he’s had enough that’s another story, but the ownership won’t fire him.

I can say this with absolute certainty for the same reason I know that I will eat from the same takeout place I always do when I get stuck late at work. “Is there anything better available?” Tom Coughlin is a better than average coach. The coaching world is so hit-and-miss that it doesn’t make sense to fire a guy like Coughlin unless you feel like the team needs a change, and I don’t feel as though they do. Don’t even get me started on quarterbacks around the NFL. Eli to me is not an elite quarterback (despite two Super Bowl wins and two Super Bowl MVPs). But who would you get to replace him? If Aaron Rodgers or Andrew Luck came knocking tomorrow and said “I want to be a New York Giant next year” you’d be hard pressed not to offer up your first-born child to make that happen. But that won’t happen, so really, unless you have a rookie you’re desperate for, Eli isn’t a bad option as a signal caller.

To be honest here I am a Dallas Cowboy fan. Despite going to see the Giants hand over a game to the San Francisco 49ers at MetLife Stadium just a few weeks ago, the Giants have always been an organization that I’ve respected. The team builds itself for the long term and always seems to find good players in later rounds. They never seem to overspend for star talent, and there seems to be genuine respect among the players, coaches, and ownership. This year is a bust but the pieces are in place where next year the Giants could catch a few people napping. Who knows which Sunday the sleeping Giants will wake up?