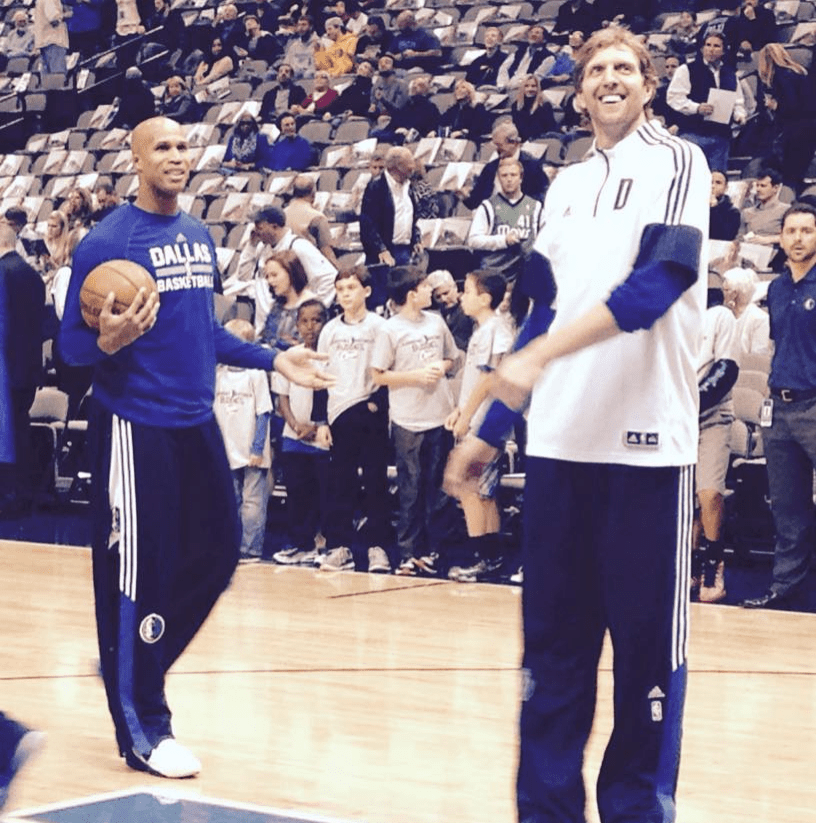 It was abstruse, in a way, the stone-cold deafening roar of the bombastic crowd that flooded the American Airlines Center on Thanksgiving Day Eve. At least to the visiting New York Knicks, who were within two points of tying their current game against the struggling Dallas Mavericks with .9 seconds left in the battle, three points away from winning. There was no calming the crowd as their hollers echoed in the ears of Samuel Dalembert and Jose Calderon, two former Mavericks who were now starting players in New York, their twitching blinks disarmed by the annoyance of the noise. These fans used to root for them, live for them, and although the biting sharpness of their about-face must have stung, there was no hint that Calderon or Dalembert took notice sans those quick blinks. But, in that split second, it wasn’t the former Mavericks who needed to tune out the screams and focus – it was Jason Smith.

.9 seconds is both nothing and everything at the same time, the Schrodinger’s Cat of basketball. It can ostracize while managing to be marked by blithe unconcern simultaneously. The Mavericks were ahead 95-93 when the ball flew into Smith’s open hands on the darker end of the court, darker because the Mavericks have struggled guarding the perimeter as of late. .9 seconds. No time to hope, no time to think.

“Some nights we’re going to have to do this,” Mavericks coach Rick Carlisle shrugged to the media following the gruesome game. “It’s not a perfect world, but we’ll be okay. The season is a big picture.”

For Smith, .9 seconds was an eternity, but for Dallas, it seemed like a death sentence. The final buzzard sounded and both teams returned to their respectful ends of the court, mulling over what was next. Overtime.

The Mavericks struggled offensively throughout the entire game, as they had during the past two losses, and had a tendency to leave men open in the perimeter while either only Tyson Chandler or Brandan Wright successfully guarded the paint. But during the fourth and in the alpenglow of OT, Dallas came alive on both fronts, taking charge. “This game is important,” said former Knick Chandler. “I know they have the best record. A long travel, it’s Thanksgiving. It was going to be a tough one, but it’s important that we got this one to give us a little team moral.”

This particular game, and these particular extra five minutes, weighed heavily on Carlisle, who was faced with a difficult choice: keep in the 36-year old Dirk Nowitzki, his star who had tacked on a majority of Dallas’ points, or shave down his minutes. “I was watching closely,” Carlisle expressed on the decision to keep Nowitzki in the game thus resulting in him playing a season-high in minutes. “The game was not a real fast-paced game. They slowed it down, which was one of the reasons they really carried parts of the game – they played their tempo. They were able to move the ball, get deep in the clock; we got hit for a lot of late shot-clock points and a lot of difficult shots, too. In those cases, you’ve just got to keep going. I took one timeout with about two-and-a-half minutes in, which I thought we needed to do to get our guys a little bit of rest. There was just some times when you can’t take Dirk out. It’s just one of those things. In those situations, if I did, then I’d hear about it. I don’t want to hear about it.”

In this case, he didn’t have to hear about it. Carlisle’s gamble paid off, and the Mavericks won 109-102.

And just like the vicious roar of the AAC crowd, .9 seconds now sounds like music to the ears of the Dallas Mavericks.