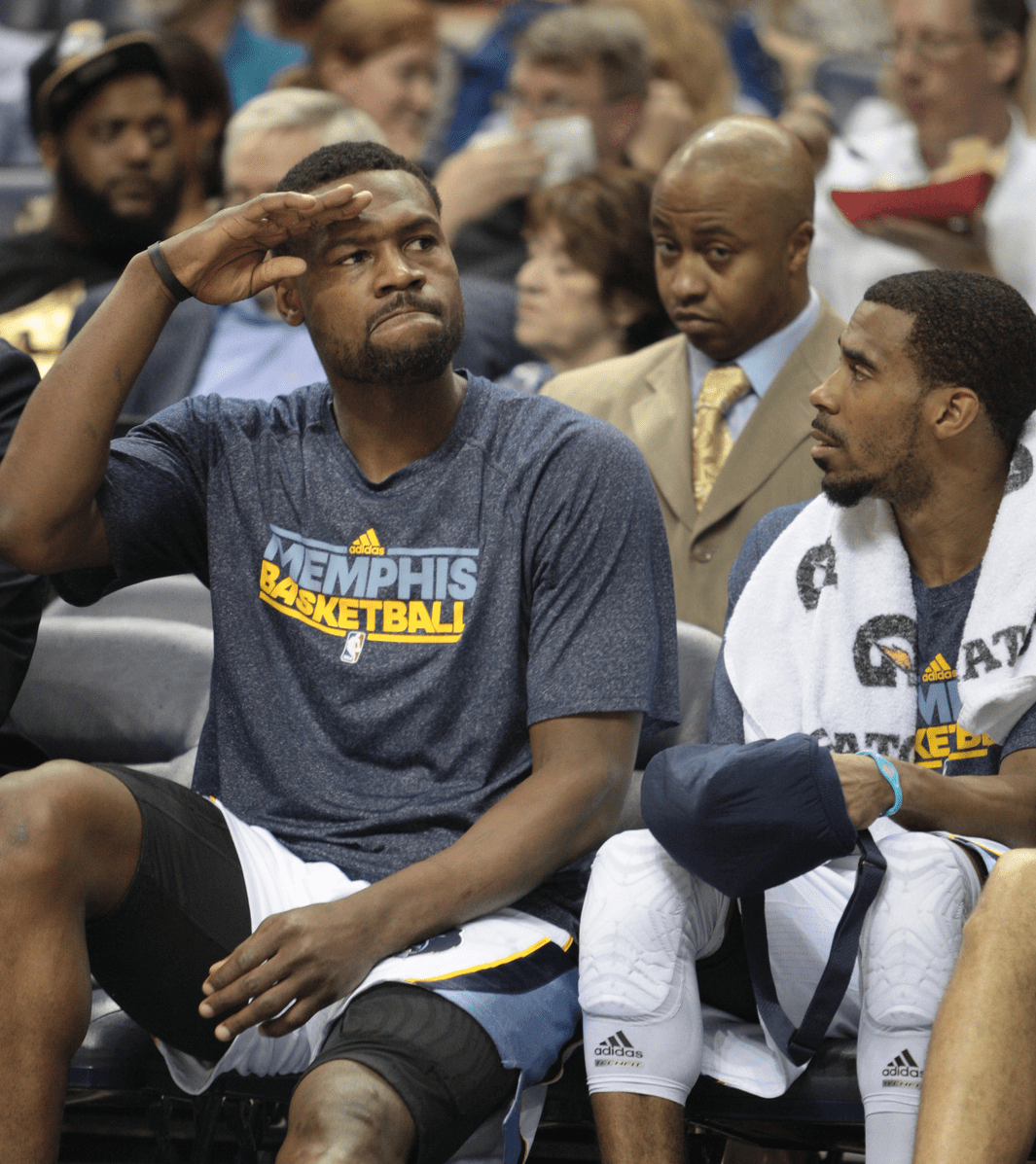 There aren’t many NBA players who have an impact on their team quite like DeMarcus Cousins has on the Sacramento Kings.

With Cousins sidelined in Sunday night’s game with a virus, Coach Mike Malone was forced to use Ryan Hollins against Zach Randolph and Marc Gasol. Matchups would be a problem through the entire contest for the Kings, as finding a spark to ignite offensive production would only come when the game was already out of hand.

Hollins received a technical foul in the first half of play, and a second in the third quarter as a result of what appeared to be an exchange of words between he and a referee. In his absence, Reggie Evans took over for Sacramento on both sides of the ball, scoring at ease in the paint in the midst of Gasol and Randolph.

The presence of Evans brought new life to the Kings if only for a while, as the 20-point lead built up by the Grizzlies was cut to within five during what was the team’s most energetic performances. In the third quarter and much of the fourth, his rebounding presence and hustle plays gave the Kings second-chance opportunities and a good presence close to the basket.

Evans finished with 17 points and 20 rebounds, but Memphis was too good late in the game for Malone’s team to finish the comeback.

Gasol was able to take the game over when he needed to, as a majority of the Grizzlies’ late-game plays were designed to open up mid-range jumpers for the big man off dribble penetration by Mike Conley. Between Jason Thompson and Carl Landry, the Kings were unable to find a matchup suitable of halting Gasol’s shooting ability. He finished with 18 points on 55 percent shooting.

The Kings kept themselves in the game with scrappy buckets from Landry and Evans, but turnovers plagued what may have been an impressive comeback performance.

Rudy Gay was a key contributor to the team’s failure to protect the ball, as he continuously dribbled directly into traffic and put up tough shots that either got blocked or stripped. It was as if he had tunnel vision each time he received the ball in high-post situations, failing to differentiate between open shots and highly contested ones. His inability to probe his way into Memphis’ defense and then kick the ball out to an open shooter led to four turnovers, all of which were a result of unadvised offensive choices and poor decision making.

When the Kings string together ten possessions of turnover-free basketball, they are able to create good shots and get to the basket with ease. It’s never been a difficulty for the team to take advantage of offensive situations when they present themselves, but a lack of discipline when it comes to handling the basketball almost always leads the team into contested jumpers and bad passes.

It plagued the Kings against the Grizzlies, one of the league’s best at capitalizing on a team’s poor judgement.