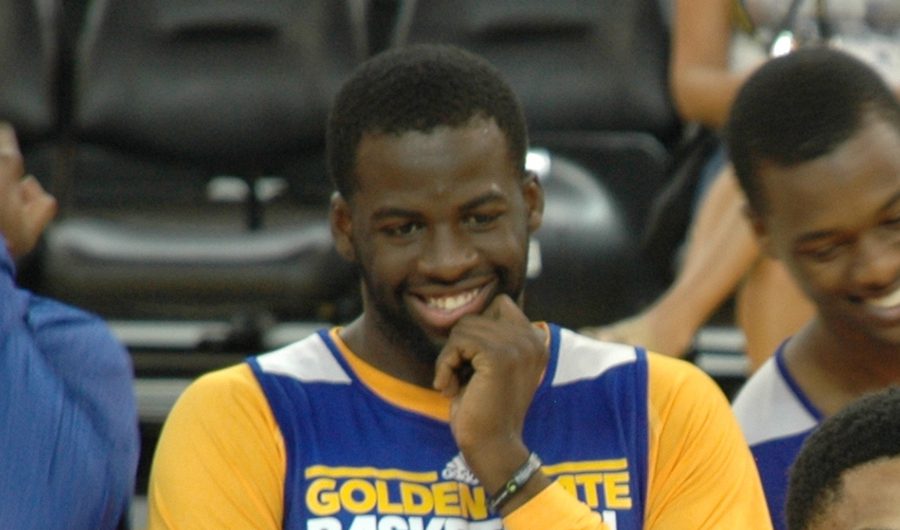 The 18-2 Golden State Warriors are off to their best start in franchise history. Winners of 13 straight games, also a franchise record, first-year head coach Steve Kerr has pulled all of the right strings thus far. But the most important string of all has been the insertion of Draymond Green into the starting lineup. But as bold of a move as it was from Kerr, the decision came a lot easier due to the hamstring injury that has held former starter David Lee out of all but a few minutes of the season.

Lee has rarely been missed this season, not to say that he couldn’t still help the Warriors. But with Lee on the mend and getting closer to a healthy return, just what exactly do you do with the two-time NBA All-Star? Draymond Green has played like an All-Star at times himself, but is far more versatile and important to what the Warriors do on both ends of the floor than Lee ever was. Green’s 13.3 points, 7.7 rebounds, 3.1 assists and handful of blocks and steals per game simply do not quantify the impact that he has on what has been the best team in the league.

The third-year, 24-year-old forward out of Michigan State was drafted in the second round full of raw talent and basketball IQ, but had trouble at the offensive end. However, he has worked vigorously and drastically improved his jump shot, making him yet another offensive weapon for the Warriors. In his rookie season, Green shot just 32 percent from the field and 20 percent from beyond the arc. Jump to this season, he’s shooting 46 percent from the field and 37 percent from downtown. His extended range has changed the look of the Warriors offense, allowing far more court spacing and another deadly sharpshooter.

David Lee is a very talented offensive player, coming off of an 18.2 point, 9.3 rebound and 2.1 assist season average a year ago. While his range has extended over the years, he is still far from being the three-point shooter that Green has become. Defensively, there is no comparison, as Lee’s bullfighting ole’ defense of the matadors has humorously made its rounds all around the internet over the years. Green, on the other hand, can get under the skin of the league’s best scorers at both the 3 and 4 positions.

But the curious case of David Lee gets even stranger due to the out of nowhere emergence of Marreese Speights. “Speights Jam” has been a force to be reckoned with this season off the bench, averaging 12.3 points and 5.1 rebounds in just 16.3 minutes per game. But it’s his 25.20 Player Efficiency Rating that has heads turning. His PER ranks seventh in the entire league, a simply stunning statistic. Speights has bailed the Warriors out on numerous occasions when nothing was falling for the rest of the team and has emerged as one of the top sixth men in the league.

So where does this leave David Lee? Steve Kerr has recently stated that he’s “hoping for next week” in regards of a healthy return to the lineup, but has not discussed just what his rotation will be. With the best record in the NbA, there is no way that Kerr will shift his starting rotation now. Lee will have to earn his spot back into the lineup (more like Green will have to lose it). Adding Lee to the second unit is far from being a bad thing right this moment, but it does confuse the future of the Warriors roster. Green is set to be a free agent after this season when his rookie contract (under $1 million) expires. Meanwhile, Lee is set to earn the most money (over $15 million) on the team this season and still has another year remaining on what was yet another irresponsibly massive contract originally handed out by the (is anyone surprised?) New York Knicks.

The bottom line is that Golden State is already salary-handicapped and they surely need to re-sign Draymond Green at all costs. I predicted in our Baller Mind Frame Season Preview that Lee would get traded at the deadline, but I didn’t expect the circumstances to be this drastic. The question is, who will take Lee’s astronomical remaining contract? And who else would they have to send packing? Harrison Barnes? As of this moment, Barnes is the starting small forward and has resurrected his career now that he’s back in the first unit. It’s Andre Iguodala who looks as lost as ever. But the Warriors wouldn’t trade Iggy, would they? And there’s no way that anyone would take his contract either. But wait! I know someone who loves taking on big names attached to huge contracts – HELLO BROOKLYN!

David Lee for the expiring contract of Kevin Garnett?