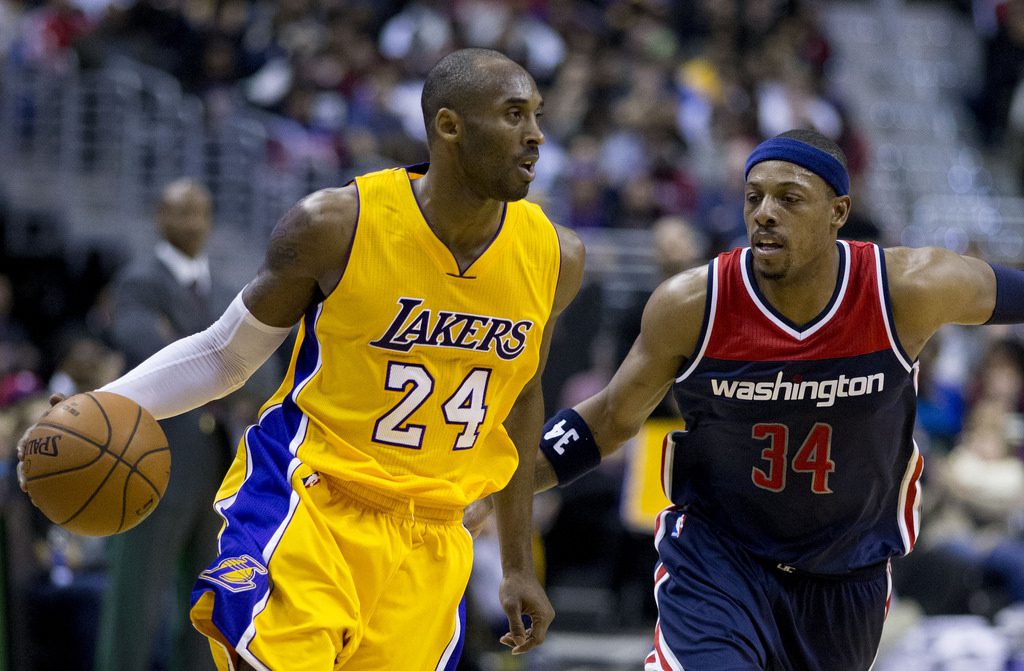 The Los Angeles Lakers started the season by losing Steve Nash and Julius Randle for the entire year. Losing two starters so early in the season is the death nail for any team’s playoff chances without some crazy luck. This fact hasn’t stopped many pundits and fans from harshly criticizing the Lakers. Kobe Bryant has taken the brunt of this criticism for taking shots like this.

Vintage Kobe Bryant goes 1 on 5 on the Sacramento Kings! http://t.co/2z4rgfpKaW

Even the staunchest Bryant defender has to snicker at that lowlight. But look at the clip again, where the hell are Bryant’s teammates? That’s been Bryant’s biggest beef. Where’s the effort? Run down the damn court. Play some defense (the Lakers give up 110.1 per game, dead last in the league). Compete, at least try. Rewind to Thursday, Bryant participated in practice and unleashed a verbal tirade on his teammates that culminated to a hilarious, NSFW ending.

Bryant cursed out  the players and Lakers GM Mitch Kupchak in front of the media. The gloves are officially off. The losing bothers Bryant but their lack of heart is what’s really getting under his skin. He repeatedly called his teammates, “soft like Charmin,” which apparently got the toilet paper company’s attention.

You know, in terms of toilet paper, saying you’re as soft as Charmin is a good thing. In basketball? Not so much. #tweetfromtheseat

It’s one thing when Magic Johnson is publicly advocating tanking on the Lakers’ behalf, but things have gotten out of hand when Charmin is giving you the business. The unfortunate truth is that the Lakers don’t have any tricks left to pull. The team’s primary goal right now is set themselves up for life after Bryant. In other words, no taking on salary or players with multiple years on their contract. Things will get worse before they get better. Oh, what was that quote by Kupchak to NBA writer David Aldridge earlier this week?

“All indications are, to me, from him, that this (two-year contract) is going to be it,” Kupchak said. “If somebody’s thinking of buying a ticket three years from now to see Kobe play, I would not do that. Don’t wait. Do it this year.”

Great sales pitch, Mr. Kupchak. Don’t forget to include that you don’t plan to improve the team in the next two years either while you let Bryant run himself into the ground.

Business is a scornful woman…