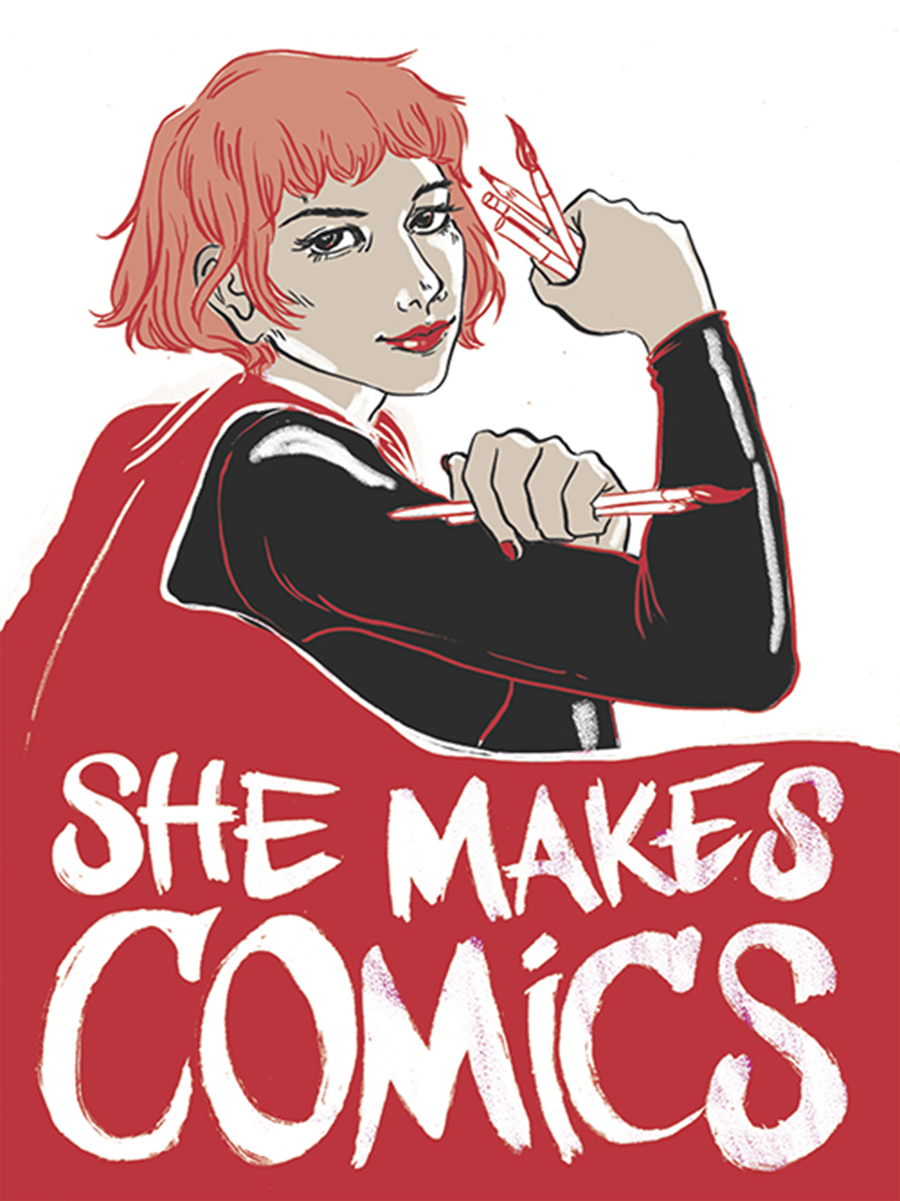 The experience of reading comic books is so personal. It’s a geek’s getaway and, quite possibly, a jock’s secret world. It’s a girl’s way to connect with a male-dominated world and a guy’s way to fantasize about what he could be. Through recent years, comics have received more approval and become commonplace among all of the labels society offers. Everything before being nerdy became mainstream in the recent decade, there was quite a journey. And although I think of myself as an avid reader and social cheerleader, She Makes Comics taught me I didn’t even know half of it. She Makes Comics, by Respect! Films does an excellent job deconstructing  women in comic books, from writers to cosplayers, from illustrators to female role models, you’ll learn everything you need to know about comics by watching this 70-minute documentary.

Right away I feel I need to offer a disclaimer. I am a female. Also, I donated to this campaign back when it was a baby Kickstarter and I regret it wasn’t enough. I say this not because the production quality was lacking, not even one bit, rather I wish I had a bigger piece of this amazing pie. Watching the documentary, I down a path with these incredible, brave women. I finished frustrated and inspired just like the last 60 years of women in comics.

Like with many things during WWII, women took over writing comic books, creating amazing, relatable, strong female characters which kept comic book audience readership 50/50 for both genders. In the 1950s during the attempted return to “normalcy,” censorship took hold and nothing was the same again. Not for women in comics, their readers, or for female characters inside the books. She Makes Comics explores how the original appreciation of female contributors was organic and how it slowly dipped, devolved, and then re-evolved to become what it is today.

As a male, you might be worried that this movie is about bashing the oppressive men who forced these women to retreat. As a person who believes in social equality and the words “can’t we all just get along?” I hear you loud and clear; as any good work of journalism, this movie delivers facts and instead endorses the champions of positive change. Indeed, overall, the movie may have been too optimistic in its representation about the battle still ahead for a female presence and involvement in comics. Although She Makes Comics was no dummy to the negative aspects of the comic book history, it didn’t expose any names of editors or marketing folk who may have brought the originally gender-friendly system down. Maybe it would have been pointed, but I certainly believe it would have restored some balance to a very exciting documentary.

I agree with the film, that it’s very important to educate ourselves and criticize everything about something we love so much. Comics will clearly make a splash to a new generation of both boys and girls, since they are now here to stay for good. Wouldn’t you want to make sure that you champion the future generation to be kind, inclusive and tolerant? She Makes Comics explores the whole rocky history and comes out warm and hopeful. As a woman I watched this and thought about what I could do next to keep the fire kindled. As an aunt, I watched excited to show this to my niece who is in love with the paper and TV formats of Adventure Time. As a girlfriend, I watched with my boyfriend knowing I didn’t want him to come out apologetic in the end, but rather ready to champion from his side. It’s uplifting, it criticizes, it’s truly great.

If you would like to download the movie it’s on SheMakesComics.com and if you would like to get the DVD, which I personally recommend due to the amazing cover art alone, go to the same link. All orders placed by Dec 16th will be shipped in time for the holidays. Go forth and nerd out my fellow ladies and their gentlemen supporters.