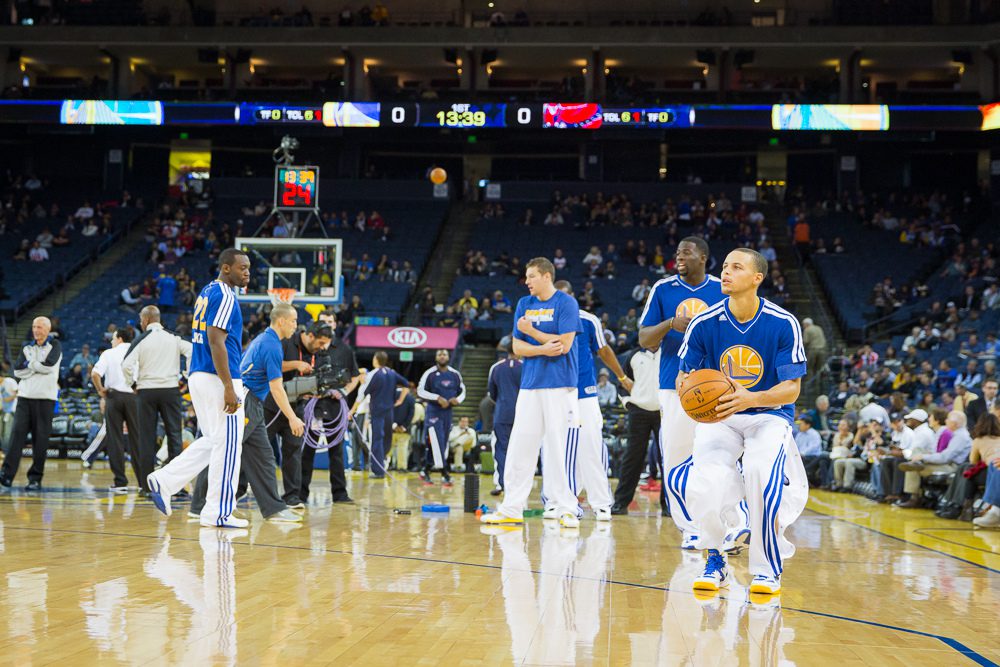 In a Saturday afternoon tip off in Dallas, the Warriors were more than ready to take on the high octane Mavericks offense. Heading into the game, Dallas lead the league in both points per game (110.5) and field goal percentage (48%) and were set on ending the top-seeded Warriors winning streak.

The scorching hot Warriors jumped out to a tremendous early lead that reached 28 late in the second quarter. Their offensive firepower was far too much for Dallas to handle in the first half, as Golden State put up a 39 spot in the first quarter alone, outscoring the Mavs by 21. The Dubs took a 66-44 lead into halftime.

However, Mavs coach Rick Carlisle wasn’t going to just lay down and they came out swinging in the third. Former Warriors player, Monta Ellis, who struggled in the first half, caught fire in the second and finished with a team high 24 points. His teammate Dirk Nowitzki finished with 23 points and eight rebounds, but they didn’t get much help from anyone else. They clearly missed first-year Maverick Chandler Parsons, who was inactive with a back injury.

Golden State’s first-half offense turned into second-half defense, as they matched their first-quarter total of 39 points in the entire second half. Not quite what they would have expected after such a torrid start. But they still got it done in dominant fashion, holding the top-rated offense in the league to just 40% field goal shooting, 20% from three-point range and under 100 points.

Even more impressive is the fact that they did it without their center and defensive anchor Andrew Bogut, who missed his second straight contest with knee tendentious. Bogut is expected to miss Sunday’s contest as well. Festus Ezeli started in his place and the no excuses Warriors didn’t appear to be fazed whatsoever. As head coach Steve Kerr stated after the game, “We don’t feel any pressure, we’re having fun.”

The Warriors backcourt duo of Stephen Curry and Klay Thompson were spectacular as usual, combining for 54 points and eight three-pointers. But it was Draymond Green that was the difference maker (again). Green seemed to play and defend every position at times. His poise and prowess on both ends of the floor have changed the face of this Warriors team. Green finished with 20 points, eight rebounds and two key blocks on back-to-back Dirk Nowitzki attempts late in the fourth quarter.

Both Harrison Barnes, 12 points and nine rebounds, and Shaun Livingston, nine points and six rebounds, had solid all-around outings and key buckets for the Warriors as well. The re-emergence of Barnes and the newly acquired Livingston have been integral components to what now seems to be a Golden State machine of interchangeable high performance parts and pieces.

Golden State heads to New Orleans tonight to face the pesky 11-11 Pelicans on Sunday afternoon. The NBA’s newest and brightest star Anthony Davis suffered a chest contusion in Friday night’s victory over LeBron James and the Cleveland Cavaliers and is listed as questionable. The Warriors will be looking to extend their franchise winning streak to 16 games.