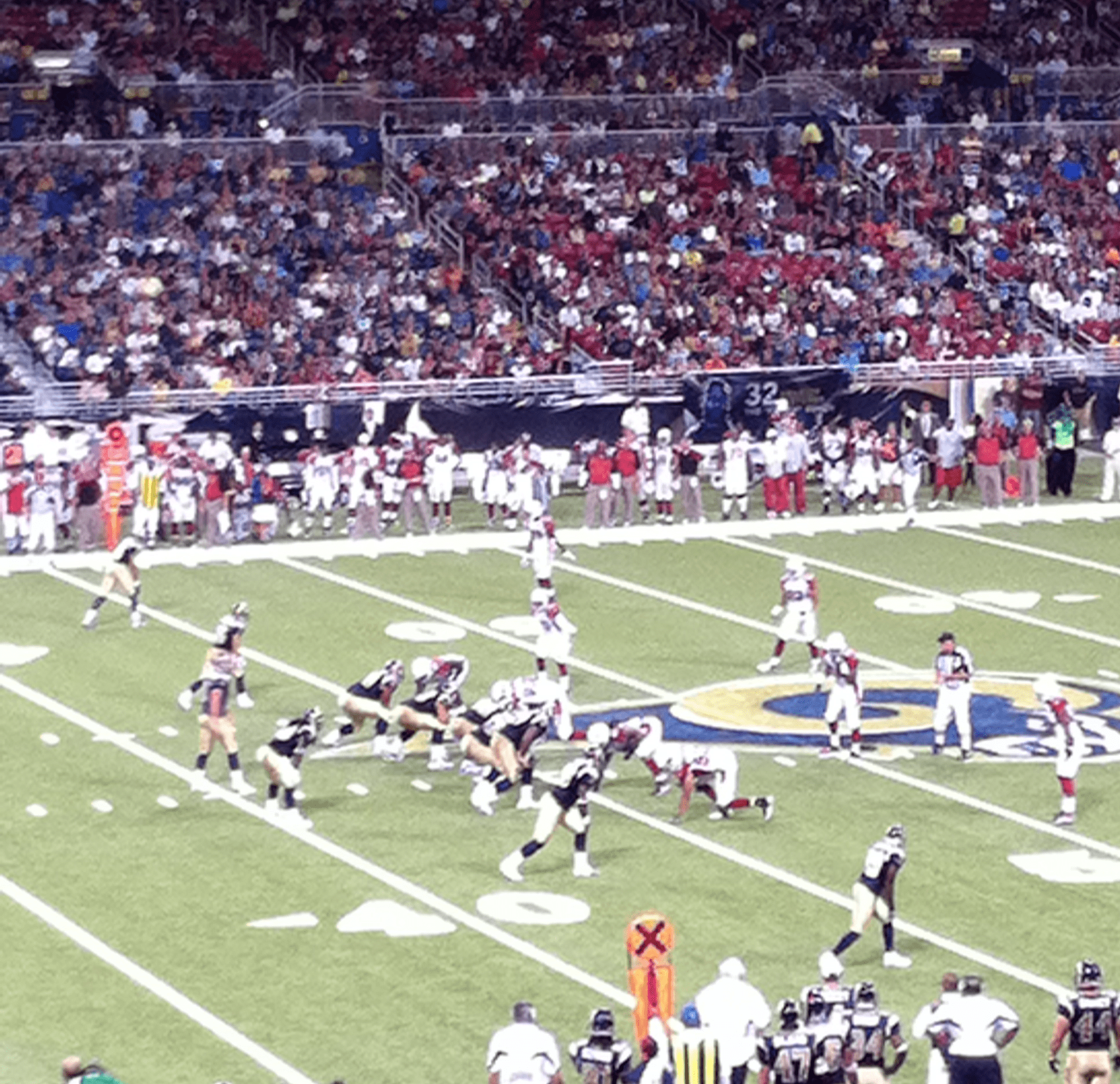 Those of you that elected not to watch the St. Louis Rams face off against the NFC leading Arizona Cardinals this past Thursday night missed a heck of a game. Those of you that turned off the game due to a lack of offensive output shame on you. Those of you that took to social media and insulted the teams of their players due to the fact that no touchdowns were scored; how dare you.

A quick recap of the game and its stat line shows a 12–6 victory by the visiting Cardinals and not a heck of a lot else. Neither team managed a great deal of yards, both defenses played well, and both teams (playing with backup quarterbacks) tried their best. But there would be those that would say that it’s a travesty to have a nationally televised game in prime time not have a touchdown. The argument might be the last game without a touchdown was two years ago, and that the offensive side of the game is what sells tickets and jerseys (and certainly jersey sales would support that). I am here to show you the wonder that was this clash of defensive titans (or perhaps offensive mediocrity).

Let us begin with the idea that it is better to watch something rare than something common. A sunrise is beautiful, but it happens every day. A solar eclipse is arguably less brilliant to watch (and more harmful on your eyes), but it is a more publicised and viewed event because it is so rare. There were two solar eclipses in 2014, I think we got lucky to see one game without a touchdown.

So we agree the game was rare, but catches are exciting, runs, leaping grabs, deep passes, these are the elements of a fun game, no?! “The Grab” (New York Giant wide receiver Odell Beckham Jr.’s three fingered catch against the Dallas Cowboys) is indeed something you can watch over and over again and still marvel at the physical ability to perform such an act. A game with no touchdowns almost has to be looked at in its entirety, rather than on a play-by-play basis. There were few standout plays, but the overall compete by both defenses was very impressive indeed. There were many solid tackles to go around in this one, and for those of you that enjoy hitting there was plenty to go around.

Ok, so maybe it was rare, and maybe there was some degree of fun to be had by watching it, but it could have been a lot better, couldn’t it?! The game was close, it came down to the wire, as a football fan there isn’t much more you can ask for. Would you have rather watched the 52-0 Rams game from two weeks ago? If you’re a Rams fan than the answer is probably yes, but for those of us watching just to watch football, what say you?

I am not saying a game with no touchdowns in the perfect game. To me, the perfect game spans the gamut of offensive and defensive scores. Mixes in turnovers and safeties, lead changes and special teams highlights. Sprinkled with penalties and tempers and top with an overtime where both teams score a touchdown. But I am sure everyone has a different idea of a perfect game. For those of you that love defense I hope you got to enjoy the game on Thursday night. For those of you that don’t, I hope you enjoyed the holiday specials on TV.