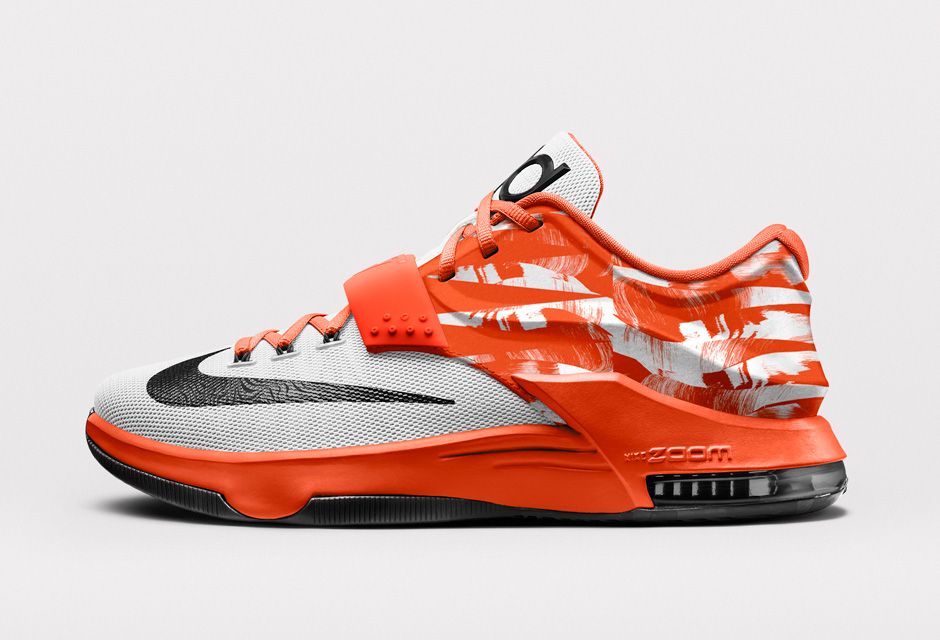 The Dets at Baller Mind Frame: All visual details here, folks. Plenty to see here — not much to read. Still, enjoy.

Different, right? The graphic on the Nike KD7 Wild West NIKEiD is a bit curious from here, but it works with the pseudo-Longhorns colorway here.

Speaking of the Nike KD7, it’s an interesting shoe. It’s appears to be back-heavy, but there’s no evidence to confirm that appearance. The Phylon looks like it’ll take a strong pounding, and the strap with the Hyperposite rear seems like it could easily be taken into the weight room for resistance training, sprinting, and the like. It’s hard to tell whether it’s a low or mid, but it looks like in the 5/8ths realm.

It’ll be interesting to see how Kevin Durant performs in the shoe based on its back-heavy appearance, but the bet is looks can be deceiving.

See more about the Nike KD7 Wild West at Nike.