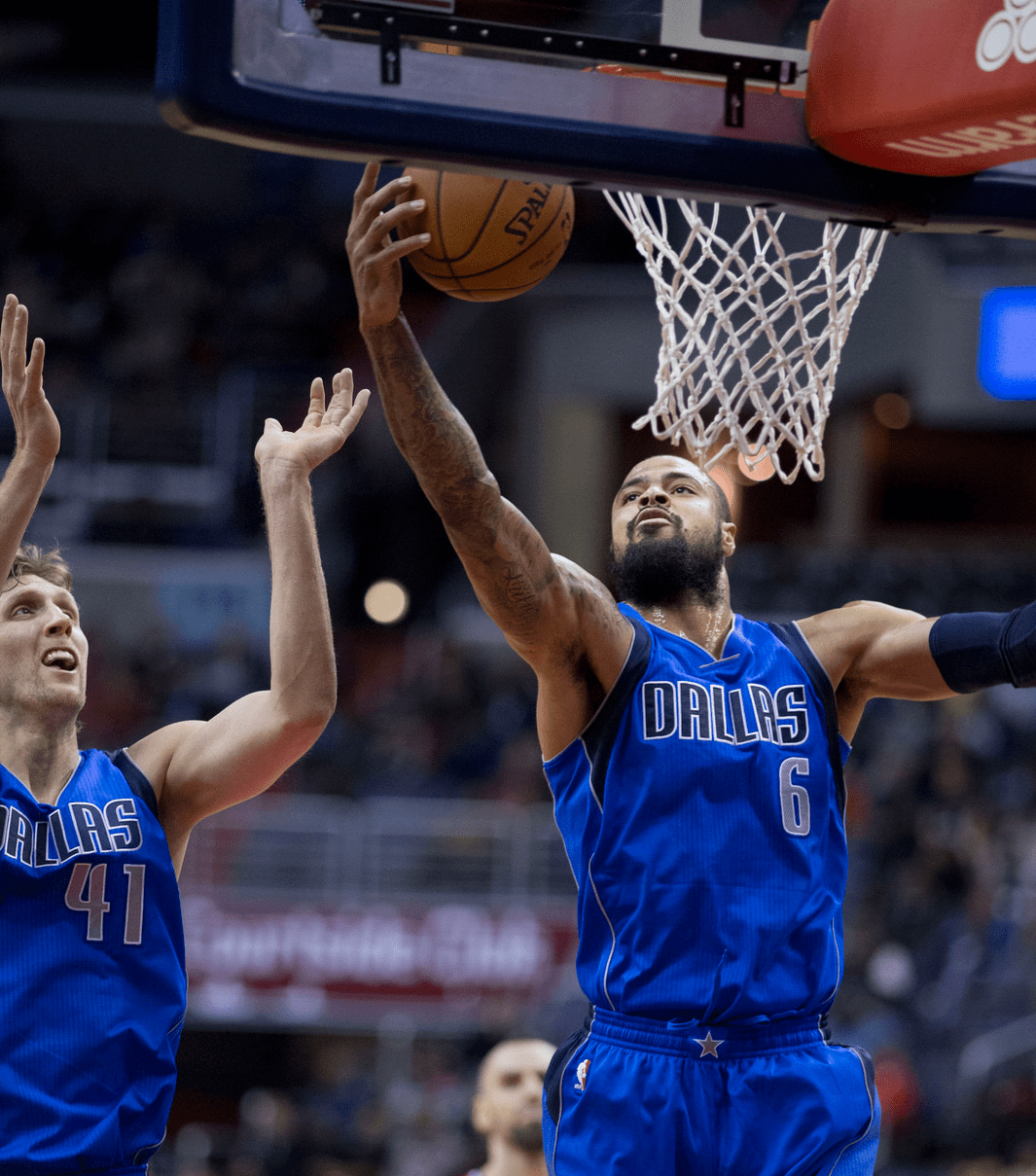 At the start of the game between the white-hot Dallas Mavericks and the drowning New York Knicks, a common speculator wouldn’t be able to tell that Dallas small forward Chandler Parsons had been suffering from lower back problems for the past week after he knocked down a three at the start of the game, bringing his Mavs up 19-7 with just 7:47 left in the first quarter. Parsons, along with his counter-part Chandler (Tyson Chandler, who returned to Madison Square Garden after being traded back to Dallas during the offseason) set the tone for the rest of the evening during that first quarter. Patience and defense was key during that first 12 minutes, as the boys in blue closed out the first leading 36-24, at one point leading by as many as 19 points.

Thanks to the magic of Carmelo Anthony, the Knicks were able to come within four points with 10:19 remaining in the half. Strange things started occurring during the final minutes in the first half – like 5’11’ point guard (and former Dallas Maverick) Shane Larkin getting switched up on 6’10 center/power forward Brandan Wright, and ended up getting crushed like a main character under George R.R. Martin’s pen as Dallas led 42-34 with 8:10 left. After shooting 50 percent from the field and led by Tyson’s eight rebounds along with profiting o14 points off of 12 New York turnovers, the Mavericks went into the locker room leading 54-44.

It seemed like third quarter woes of Mavericks Past were coming back to haunt Dallas as they went cold during the start of the second half, until a powerful lob from Chandler (Parsons) to Chandler (Tyson) surged up the motivation of the Dallas offense. Al-Farouq added to the seemingly impenetrable offense by laying down a triple in order to bring the Mavs up 64-54, before going relatively soft again and were 9-of-23 from the perimeter following a Parsons triple, which seemed to vamp up the offense once again. Dallas would take a 81-68 advantage going into the final quarter of the game.

Other than a J.J. Barea to Wright ally-oop that ended in a New York earthquake during the quarter, the fourth was a head-shaking bore. Barea, Harris, and the rest of the Mavs deep bench took over, leaving their starters to rest for the second of back-to-back road games on Wednesday night against the Detroit Pistons. Dallas would crush New York 107-87 and continue their domination over Eastern Conference teams (last time Dallas lost a road game against an East team was on February 11th, 2014 against the Charlotte Hornets) while on the road.