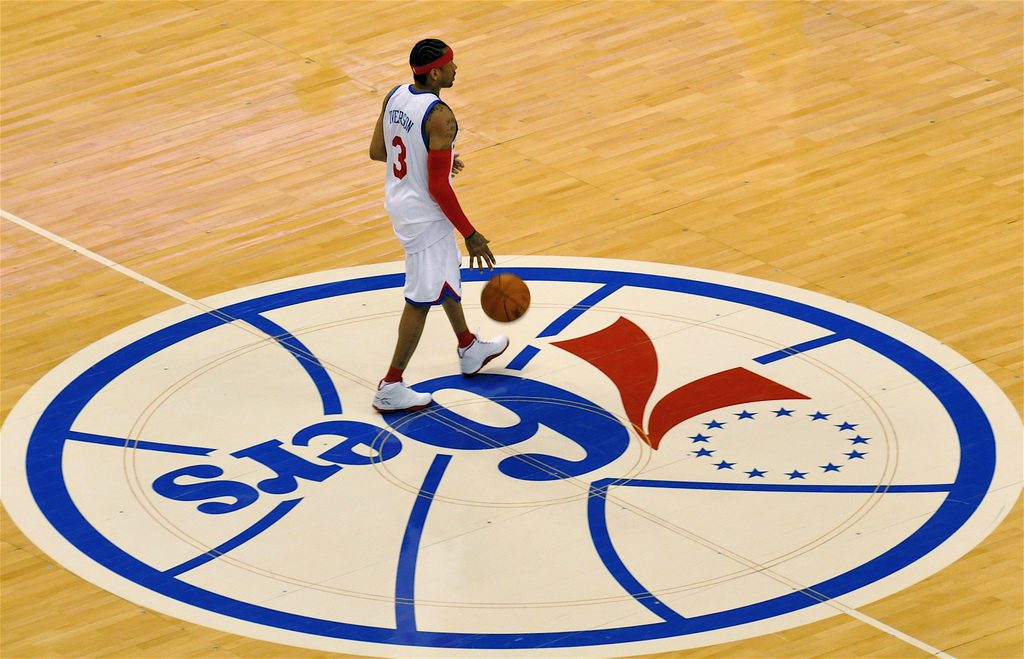 If you care to check out the current Eastern Conference standings, you’ll see that the Toronto Raptors and Philadelphia 76ers are on opposite ends of that spectrum. Toronto has jumped out to a 20-6 start—believe it or not, they were the fourth team in the league to reach 20 wins; quite an accomplishment—while the Sixers stumbled out of the metaphorical gate and rather than run the race, took a big steaming dump on the track. Believe it or not, these two teams faced off in a pseudo-classic postseason series almost 14 years ago, and that friends, is where we are going in the final edition of TGIFF: Thank God It’s Flashback Friday in the year 2014.

This seven game series doesn’t hold up too well historically, which makes sense in some ways—neither team won the title in 2001 or had a prolonged amount of success after that season, and neither team was too talented outside of their respective superstars—but not so much in other ways. The series did feature league’s MVP Allen Iverson, 2nd Team All-NBA budding superstar Vince Carter, three 50-point performances (two from Iverson, one from Carter) a semi-memorable Game 7, and a still controversial decision by Vince Carter to attend his college graduation in North Carolina the same day as a Game 7 in Pennsylvania. For what it’s worth, I didn’t attend my college graduation because I didn’t really want to, plus I had the opportunity to make $200 by selling the tickets I had gotten for free for my family. So clearly Vince and I have different priorities. Anyway, it’s time to crack into the Handy Dandy Notebook and look at what mattered from this game that wouldn’t turn out to matter all that much anyway—I say this because no matter who represented the Eastern Conference in the NBA Finals, they were going to get bum-rushed by any Western Conference team regardless.

Dammit, I grabbed the wrong one.

And as you can see, that did it. Philadelphia won 88-87 and would go on to defeat the Milwaukee Bucks in seven games before losing to the Los Angeles Lakers in the NBA Finals. Iverson would never get back to a Conference Final. Vince Carter would be traded to the New Jersey Nets three years later, and he still hasn’t made a Conference Final. Philadelphia hasn’t made the Playoffs since 2012 and they won’t any time soon. Toronto hasn’t made it past the first round of the Playoffs since 2001, but that might change this year. Mike Breen is still calling games, and “Banging” more than ever, and that is what matters most.

Merry Christmas, everyone. TGIFF will be back in 2015. If you want to watch the game in its entirety, you can do so by clicking here.