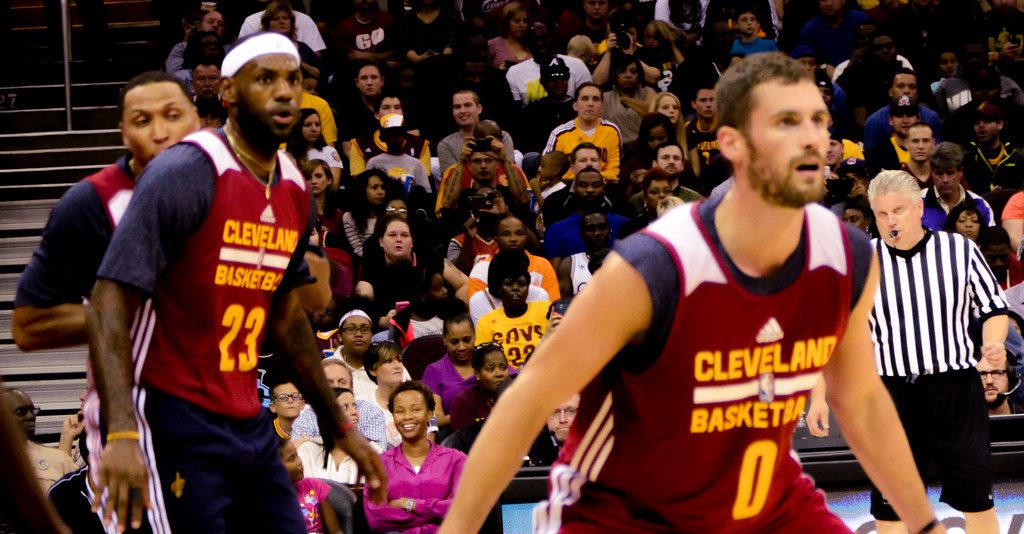 The Orlando Magic hosted LeBron James and the Cleveland Cavaliers at the Amway Center in what would be an exciting, yet ultimately disappointing contest for Orlando. The Magic played the Cavs tit for tat, and even led most of the game. Still, they didn’t have enough to stop LeBron James and Kevin Love, losing to the Cavs 98-89.

It took a while for the Magic to get things going early in the game. The ball play was sloppy at first, and the defense couldn’t stop Kevin Love from doing whatever he wanted. The Magic eventually found their rhythm and put together a solid string of possessions en route to shooting a scorching 72.2 percent from the floor in the first quarter. Notching their best shooting quarter of the season.

Orlando kept the pedal to the metal entering the second quarter. Continuing to shoot the ball very well, the Magic would finish the first half connecting on 59.5 percent of their shot attempts. They also ramped up the pressure defense, as the Magic were able to force the Cavs into taking tough shots. Despite the Magic shooting the ball well, the Cavs would come out of halftime with a quick burst to grab a two-point lead. However, the Magic weathered the storm, and went on a 10-0 run of their own to grab a 9-point lead. The Cavs would cut the deficit to three heading into the fourth.

As all great players do, LeBron would take over on the fourth quarter. With head coach David Blatt putting the ball in his super star’s hands, LeBron James was able to convert a few big three-point plays. The Magic eventually caved in, unable to stop LeBron as he sealed the win for the visiting Cavaliers.

LeBron James led all scorers with a game-high  29 points. Kevin Love would put up 22, followed by Dion Waiters who gave the Cavs 17 points off the bench.

For the Magic, Tobias Harris led the team with 16 points. Evan Fournier chipped in with 15  points while Ben Gordon 10 of his own. Victor Oladipo had 13 points and eight assists. Nikola Vucevic finished with 12 points and a season-high seven assists.