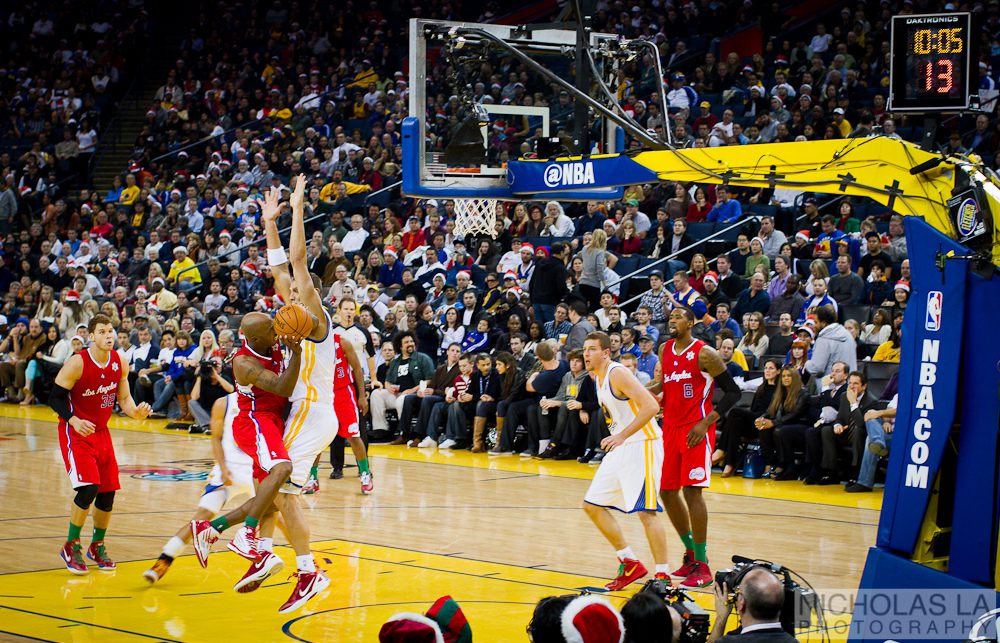 The league-leading 23-5 Golden State Warriors may have finally hit their first rough patch of the season. After two straight losses to their Los Angeles rivals in the Staples Center, Golden State will spend their off day searching for answers – something that they are not yet used to having to do.

After a complete flop against the anemic Lakers on Tuesday night, the Warriors wrote it off as “just one of those games” and fully expected to bounce back against the Clippers on Christmas evening. But they did anything but that in one of their most uninspiring performances, yet. “We couldn’t hit a shot and that game was too nice,” Draymond Green stated after the game. “The game was too nice, it was boring to play in.”

The dynamic third-year forward out of Michigan State has a great point, but that’s what happens when you are missing both your starting and backup centers. Andrew Bogut is out indefinitely with a knee issue, but is expected to start running soon. Third-year center Festus Ezeli was out Thursday night with an ankle injury. That left Marreese Speights, David Lee, and the 6’7″-on-a-good-day Green to patrol the paint and deal with the prowess of Clipper bigs, Blake Griffin and DeAndre Jordan.

Golden State’s bigs are clearly being missed now. The lack of team rebounding, lack of offensive flow, and most important of all, lack of physical toughness have cost the Warriors back-to-back losses against two very beatable teams.

The Lakers and Clippers combined for 24 offensive rebounds against the Warriors, leading to far too many second-chance points – a direct reflection of the absence of Bogut and Ezeli. Lakers forward Ed Davis had a field day in the paint, scoring 14 points on 7-7 shooting while grabbing five boards in just 21 minutes. Amnesty victim Carlos Boozer had 18 points on 8-11 shooting and nine boards in just 26 minutes. Not a good look for the Dubs.

As for their Christmas showdown with the Clippers, Griffin and Jordan combined for 32 points and 27 rebounds, six of those offensive. Combine that to Golden State’s grotesque 21.4% long range shooting and that’s a recipe for disaster. The three things that kill the Warriors the most are too many careless turnovers, (I use “careless” because turnovers are bound to happen as a result of their uptempo, high-risk/high-reward style offense), giving up too many offensive rebounds/second-chance opportunities, and a stone cold three-point field goal percentage.

Obviously those are three important aspects to the game that will ruin any team, but for the Warriors, it’s ALWAYS a combination of two out of those three that end in losses. Thursday night they had 16 turnovers, which isn’t great, but for them isn’t too bad – especially against a premier Doc Rivers-lead ball club. They turned the ball over 18 times against the Lakers, who are arguably the worst defensive team in the league. Once averaging nearly 20, the Warriors have managed to cut their turnovers down 15.6 per game. Still not great, but they’ll take it for now as Steve Kerr and Co. continue to work towards cleaner play.

After a much needed day off Friday, they host the struggling Minnesota Timberwolves on Saturday night followed by the league-worst Philadelphia 76ers on Tuesday. Hopefully by then they will have shaken off the whatever had them out of sorts on their Los Angeles holiday vacation.