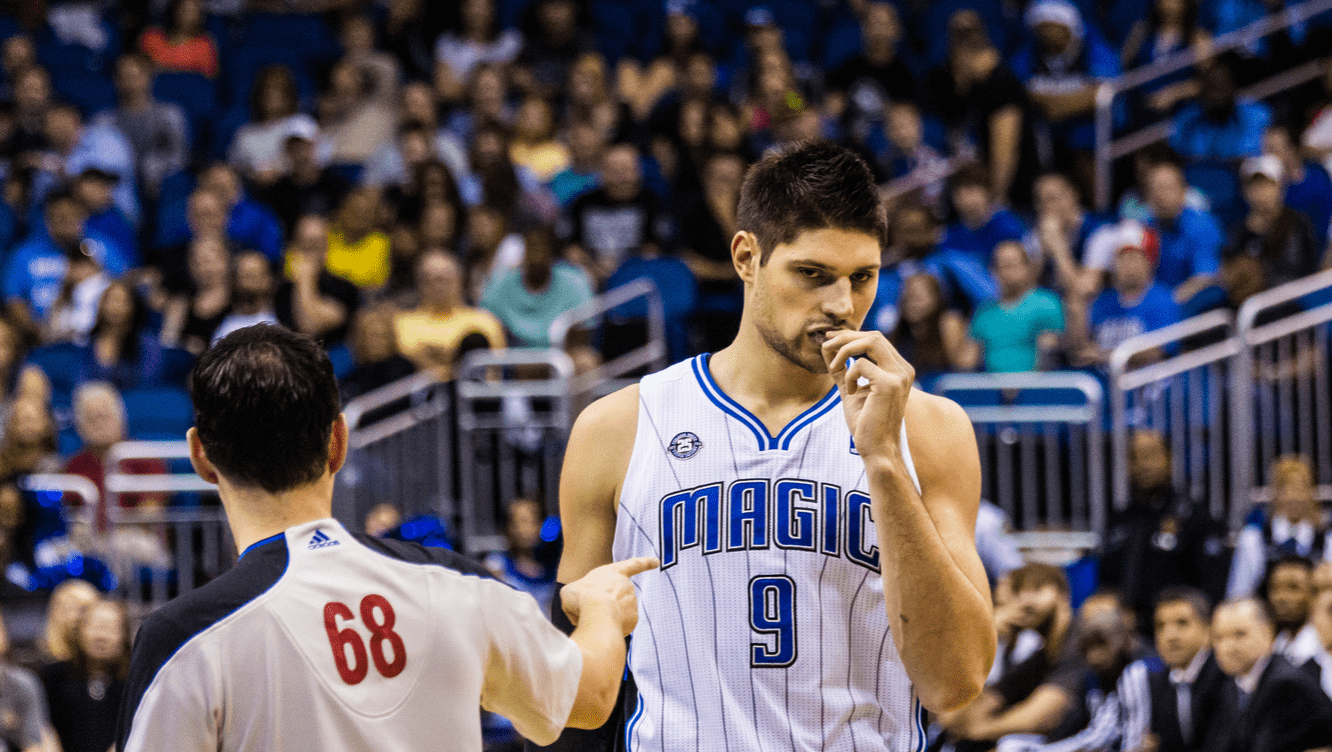 The Orlando Magic traveled south to face their in-state rival, the Miami Heat, in their third game in four nights. After some highs and lows, and some very questionable foul calls, the Orlando Magic were able to finally get a win and end a 10-game losing streak against the Heat.

You wouldn’t be able to tell that Magic played their third game in four nights the way they started the game. Playing with energy, Orlando jumped out to a seven-point lead early on. Unfortunately for the Magic, and fortunately for the Heat, Chris Bosh was playing in his first game back from a calf injury. Led by Bosh, the Heat would score some easy buckets, although some of the credit for that should go to the Magic playing horrendous defense and getting sloppy with the ball. Despite the lapses on defense, the Magic led 26-25 while both shooting and allowing over 52 percent from the floor in the first quarter.

In the second quarter, the Magic hit a bit of a speed bump, only connecting on four shots on 13 attempts. Orlando also turned the ball over 10 times in the first half leading to 16 points off turnovers for the Heat. However, the Magic turned things around late in the second quarter. Led by Victor Oladipo and Nikola Vucevic, the Magic were able to hit on seven of their next eight shot attempts to get themselves back in the game, despite the ghost of Danny Granger erupting for 15 points on five three-pointers for the Miami Heat. Still in the game, Orlando found themselves trailing by three at the half.

With Miami jumping out to a 10-point lead early in the third, the Magic would find themselves fighting an uphill battle. Orlando kept cool and was able get things going throughout the quarter, despite some very uneven officiating. Thanks to a string of good plays, the Magic managed to tie the game heading into the final period of play.

It would appear the Magic had all the momentum going into the fourth, but Dwyane Wade, who had a quiet 10 points in three quarters, deactivated chill mode and imposed his will, knocking down tough jumpers and getting to the free-throw line like it was 2006. Despite the adversity, the Magic hung strong. Vucevic was able to win a pivotal jump ball against Luol Deng, which led to Oladipo tying the game on a tough layup. After a strong defensive stand for the Magic, Oladipo drove to the basket to draw a foul. Unfortunately, Oladipo only made one from the charity stripe, leaving the door open for Miami to win. With 6.3 seconds left and the ball in Wade’s hands, Oladipo and Elfrid Payton forced Wade to miss a potential game-winning shot, landing the Magic their first win over the Heat since March 2012.

Nikola Vucevic came out strong for Magic with a game-high 26 points. Victor Oladipo made some crucial plays down the stretch en route to 22 points. Tobias Harris put up 18, while his cousin, Channing Frye, finished with 13 points off the bench.