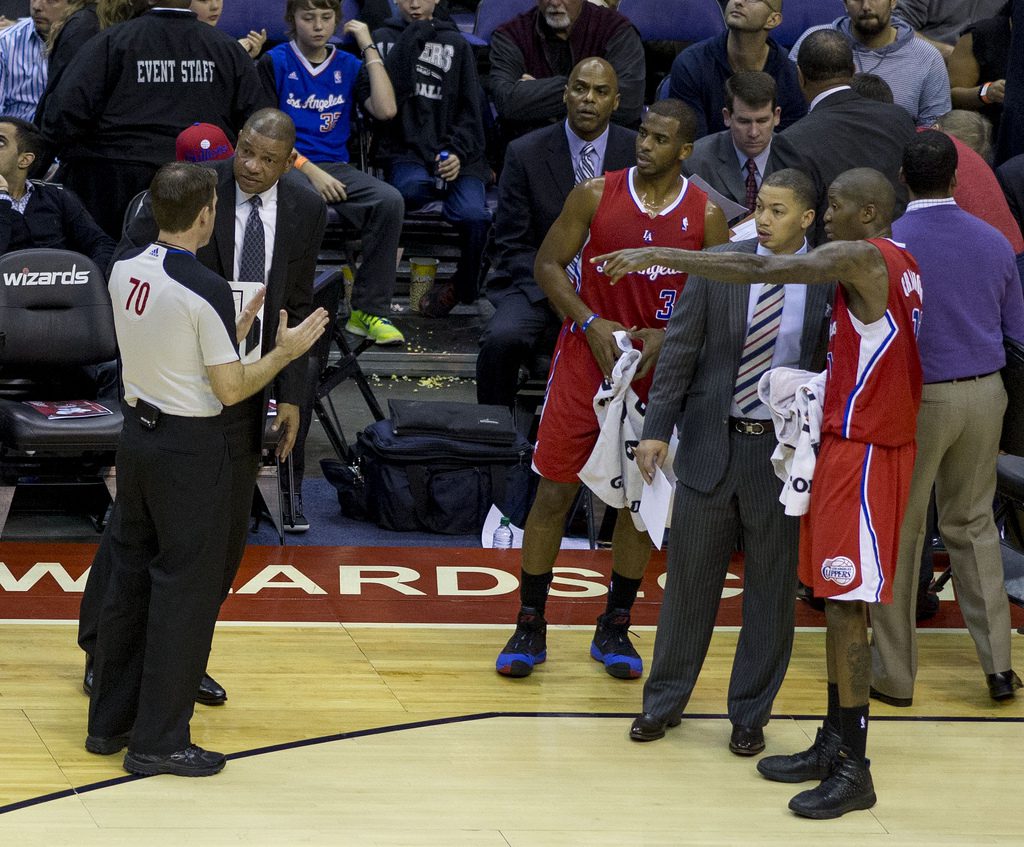 Contenders in the Western Conference rarely make trades unless they believe it brings them closer to their championship aspirations. The ultra-competitive 2014-15 season is not the appropriate time for general managers to try new things, or attempt to extract unfound potential from one of the worst draft busts in recent NBA history, especially one who happens to also be their son. Los Angeles Clippers head coach and president of basketball operations, Doc Rivers, is not operating as a man of logic at this moment.  The completion of the trade for Austin Rivers to the Clippers is asinine. But forget that. Doc is trying to save his son’s career. All this hullabaloo about winning a championship for the Clippers comes second.

This is a make-or-break season for the Clippers. DeAndre Jordan‘s contract expires at the end of the season and it’s highly unlikely that he will sign for less than the max. The team is not as young as they used to be and they are lacking adequate depth on the bench. The time to strike is now. Four of the team’s six best players are 29 or older (Chris Paul, Jamal Crawford, J.J. Redick, Matt Barnes). The Clippers’ biggest weaknesses are perimeter defense and spacing on offense, especially when J.J. has to take a rest. Media and fans alike have known that the small forward position is an area of considerable weakness during Rivers’ tenure. Matt Barnes has been serviceable, but the Clippers desperately needed a spark at the position to keep up with the rough riders in the West.

It now seems, that with the addition of their coaches son, the Los Angeles Clippers are content in taking a leap of faith with their current roster as it sits.

Here’s a scary fact: The Clippers are currently within four games of being knocked into the eighth seed, where they would have to face the Western Conference-leading, revenge-driven, Golden State Warriors who were booted from the 2014 playoffs in first round by the Clippers. The San Antonio Spurs are the seventh seed, but have played almost half of their games without their best player, Kawhi Leonard. The Oklahoma City Thunder are climbing up the rankings and could eclipse the Clippers in the standings. In a move of stunning confidence, Doc sent Reggie Bullock from the Clippers to the Phoenix Suns, which better not bite him in the butt as the Suns cling onto the eighth spot in the Western Conference.

So what does Austin Rivers bring to the Clippers? Literally nothing worth noting without a snide. There’s a reason the NBA wouldn’t allow Doc and the Boston Celtics to trade until the 2014-15 season. Austin is a not a good ball handler, he can’t shoot, he doesn’t play defense – all the things that the Clippers sorely need are also weaknesses for Austin. In other words, this was a useless trade by a team with no assets (most of their draft picks are gone until 2019), and few options to improve the team outside of father-son bonding.

Doc Rivers is a good coach and a horrible general manager. Both are one hundred percent true in this case. The Clippers will never contend for a championship as long as Doc has this much control of the organization. At least the Clippers’ fans will be satisfied with being better than the Lakers for now. Lucky for Doc, the Kobe effect is in full-swing in every basketball facet of the Los Angeles sports scene.