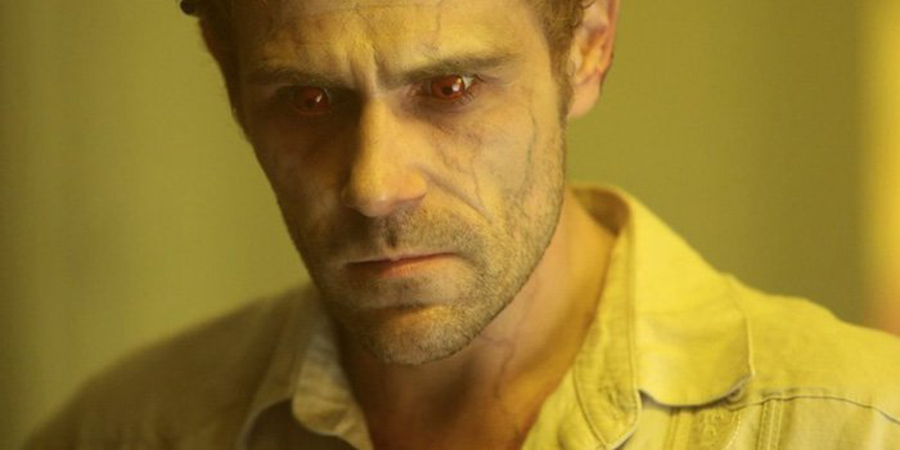 This week, Constantine delivered an entertaining, effective hour of action that didn’t lag with “The Saint of Last Resorts, Part 2.”

The characters are, if not more three-dimensional, at least fun to watch. While John Constantine is becoming a stronger hero, I still felt like he did more expositing about his qualities than I’d care for, but at least those expositional parts were fun (“I’m John Constantine. I do stupid in spades.”)  Zed really popped this episode, even in the fairly cliche scene where she had to blend in with a group of prostitutes. She has some great scenes sparring with Sister Anne Marie. Chas also got featured, as he tries to coach John through fighting off the demon. The show has the characters working enough that when the demon took over Constantine’s body, I felt like I cared about what was happening to him.

I found myself actually feeling a bit emotionally affected by the main conflict, with Constantine saying he’s not willing to die, then eventually decided it’s best he sacrifice himself. He tells Sister Anne Marie that if he does die, he’ll go out “riding the greatest high” of having his first love by his side. This relationship is actually complicated and interesting.

The show won’t always be able to rely on stakes this high, but with John possessed by a demon who was making him slaughter people, and Chas, Zed, and Anne Marie knowing they’d have to kill him if worst came to worst, “The Saint of Last Resorts, Part 2” was entertaining from start to finish.