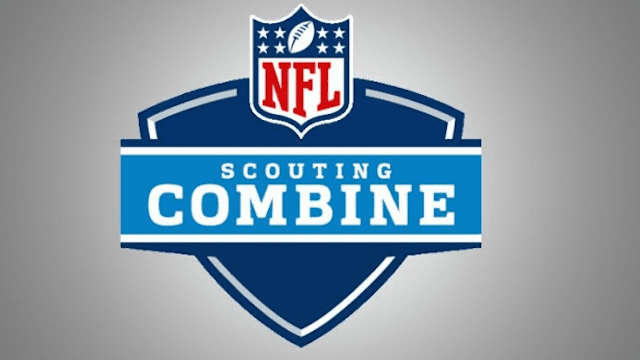 In March of 2015, a combine will take center stage on NFL Network. One might say, “The rookie combine is in April, so what is this all about?” That person would be right; the combine for the draft class of 2015 is indeed in April, this combine is for the veterans out there.

NFL director of football development Matt Birk sent out a memo obtained by Ian Rapoport (NFL Media Insider) which stated the event will “serve to isolate and consolidate veteran free-agent talent for more focused evaluation on a comparative basis.”

Veteran free agents have always been allowed and encouraged to attend regional combines, allowing them to showcase their abilities for talent scouts. This year, 100 players that may have otherwise been lost in the shuffle will be invited to showcase their stuff alongside their peers with every team watching. This is really geared towards players that felt as though they were buried on depth charts or didn’t fit well in a system.

As much as the NFL plays this off as a way for teams to evaluate players efficiently, I am not buying this for a second. This is a cash grab. The rookie combine receives very solid reviews, and the league network will be desperate for content in March. Keeping in mind that this is really a display of athletic ability strictly designed to attract viewers and sponsors, I am going to be more than happy to watch it. As a football junkie, this is the sort of thing that I will tune into and watch with notebook in hand as I try to evaluate the talent of free agent veterans.

I actually think the more interesting piece of this whole equation will be comparing the veteran numbers to those of the rookies and analyzing the differences. Rookies will likely post faster 40-yard dash times, and I full expect veterans to have the edge in the bench press. Rookies should have the edge in quickness drills, where I see veterans being more fluid and natural in their movements.

Much like the rookie combine there will be winners and losers. Guys posting ridiculous numbers will have teams reviewing the tape and recalculating values. Players posting sub-par numbers may disinterest likely suitors. That’s half the entertainment value of watching something like this. You hear about the player, their story, you watch the incredible athleticism and you root for or against those individuals. It’s the NFL’s way of tapping into the “reality show, life on display, we know everything about you” culture that we are all a part of these days. It could be a train wreck, or it could be the second coming of Cinderella. Regardless of the motivation by the league and the network to engage in this enterprise, I’ll be turned in. It’s part Olympics, part soap opera, and all good as far as I’m concerned.