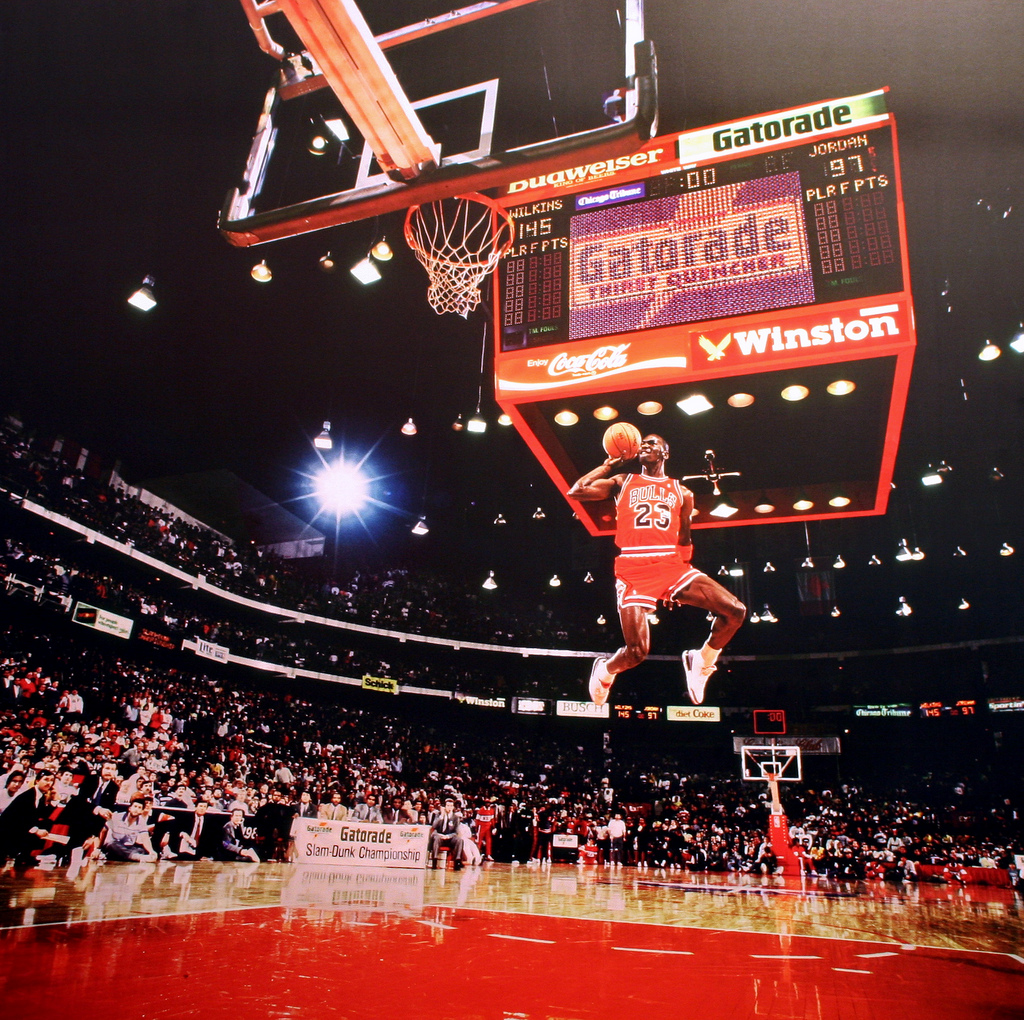 I know what you’re thinking: the 2015 Sprite Slam Dunk Contest is riddled with a list of no-names. You’re exactly right. The contest is getting more obsolete every year, and frankly, I’m much more excited about the three-point shooting contest. When the list was revealed, I actually expected it to be that dismal.

This used to be the marquee event of NBA All-Star Weekend, but now I might be more excited to watch the NBA Celebrity All-Star Game. How sad is that? Let’s start off with who should have been in this contest: LeBron James, John Wall, Blake Griffin, DeAndre Jordan, and Gerald Green. Who do we have instead? Giannis Antetokounmpo of the Milwaukee Bucks, Zach LaVine of the Minnesota Timberwolves, Victor Oladipo of the Orlando Magic, and Mason Plumlee of the Brooklyn Nets.

Do I really have to make predictions or can I just say that we all lose because the lineup is so deflating? Okay, I’ll make predictions. Let’s take a look at what this squad of dunk artists can do.

He’s tall, big, and slow. Plumlee can throw down some powerful dunks, but I’m not seeing too much creativity in the air. In-game dunks just don’t cut it in the NBA Slam Dunk Contest (unless you’re Vince Carter).

Antetokounmpo is a step up from Plumlee with his long reach and monster jams. Again, he hasn’t really displayed any remarkable traits in terms of hang time or creativity in the air. This is another questionable choice for the slam dunk contest.

This is the guy that might save the contest or at least keep it from being a complete drag. His hang time is on point, and the creativity is there. Not to mention, his dunks are real smooth, displaying finesse at its finest. He’s pulled off an around-the-back jam and a windmill dunk from the free-throw line; now that’s impressive. If this guy was going up against King James in a dunk contest, that would be a show to watch.

Oladipo has some hops, and can absolutely throw it down. He’s only 6’4”, but he can definitely get up there, and even gets creative in games with some 360 jams. If it weren’t for LaVine, I think this guy would probably win the slam dunk crown this year.

Prediction: Zach LaVine should take this, with Victor Oladipo coming in second. That’s what I’m sticking to.

This year’s slam dunk contest will have two rounds with no time limits. Each of the players will be allowed two dunks in the first round, and the two players with the highest combined scores will move onto the final round. In the finals, the players will get two dunks each as well. The dunkers will get a maximum of three attempts for each dunk. Five judges will score the dunks on a scale from 6 to 10. At least they’re keeping it simple this year, which will allow more room for creativity.

I could be completely wrong about the 2015 NBA Slam Dunk Contest. It could be the greatest slam dunk contest in NBA history. That would be a real surprise indeed. My expectations for this event are so low right now that I might actually enjoy it.

And now I leave you with this …