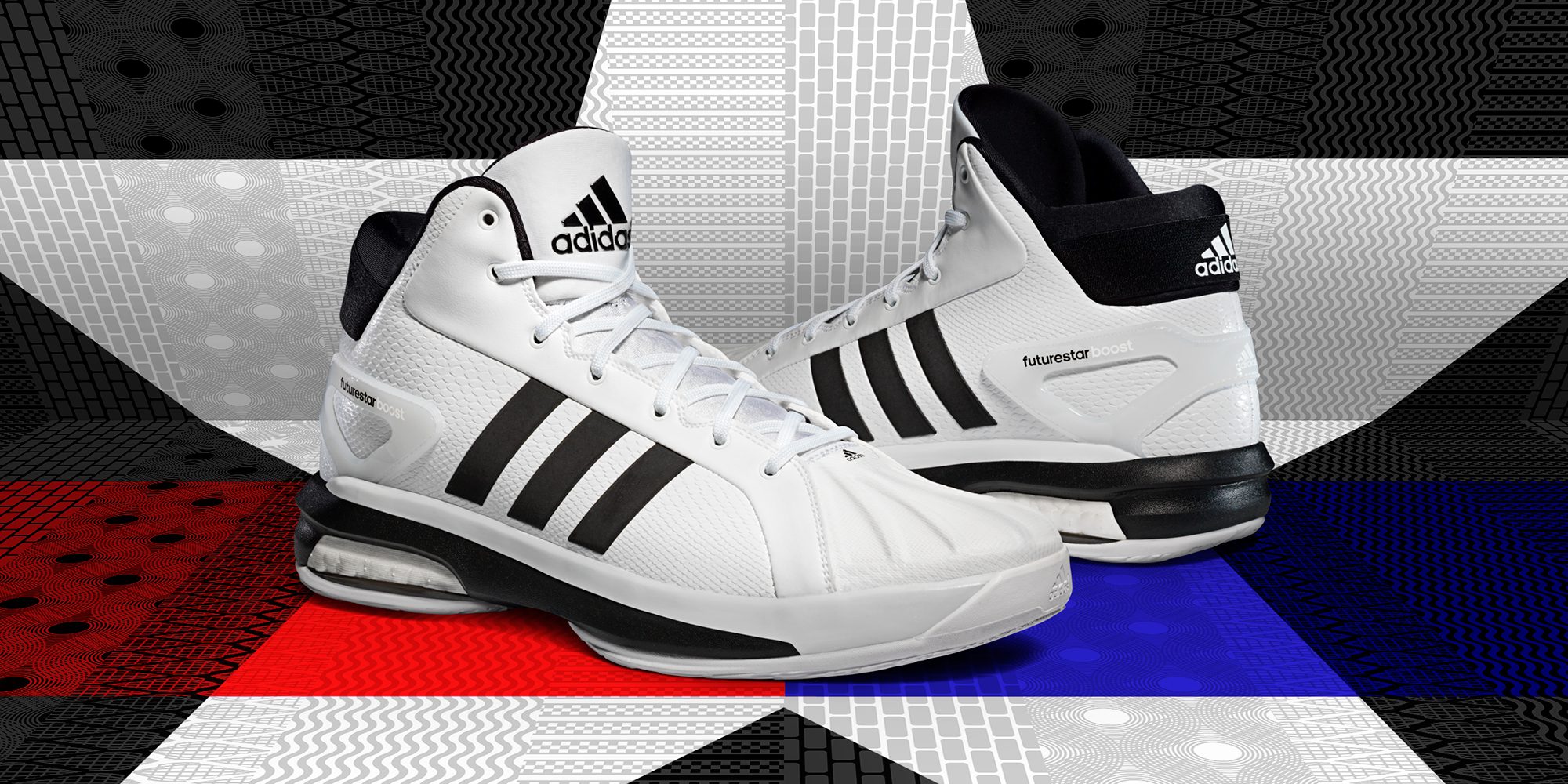 Some may not remember, but adidas launched new versions of its most iconic sneakers in its history, the Superstar and the Pro Model (high- and lop-top version of the same shoe) back in 1998. Though they have seen various minor changes through the years before being shelved later in the 2000s, the Pro Model in particular was a new classic performance shoe that came, went, came, and went again, and now it’s back in a totally new form, made specifically for playing ball.

See the good details courtesy of adidas below.

adidas today unveiled the Futurestar Boost, a new model paying homage to the iconic adidas Pro Model. Designed in tandem with the 2015 NBA All-Star uniforms, the Futurestar Boost design is inspired by the attitude and culture of New York City basketball, music and fashion.

Combining design cues from the iconic adidas Pro Model along with unmatched Boost technology, the Futurestar Boost will make its debut at NBA All-Star weekend in New York City on the feet of select athletes who participate in the Rising Stars Challenge, NBA All-Star Saturday Night and the NBA All-Star Game. The classically designed new model features a white upper with snakeskin texture, midfoot three-stripes in black, an elastic strap around the heel for added support, and as a nod to the original Pro Model, a reinforced toe box for added durability. Boost cushioning is featured in the heel of the shoe for unmatched energy return and comfort.

The Futurestar Boost NYC All-Star edition launches in February for $125. 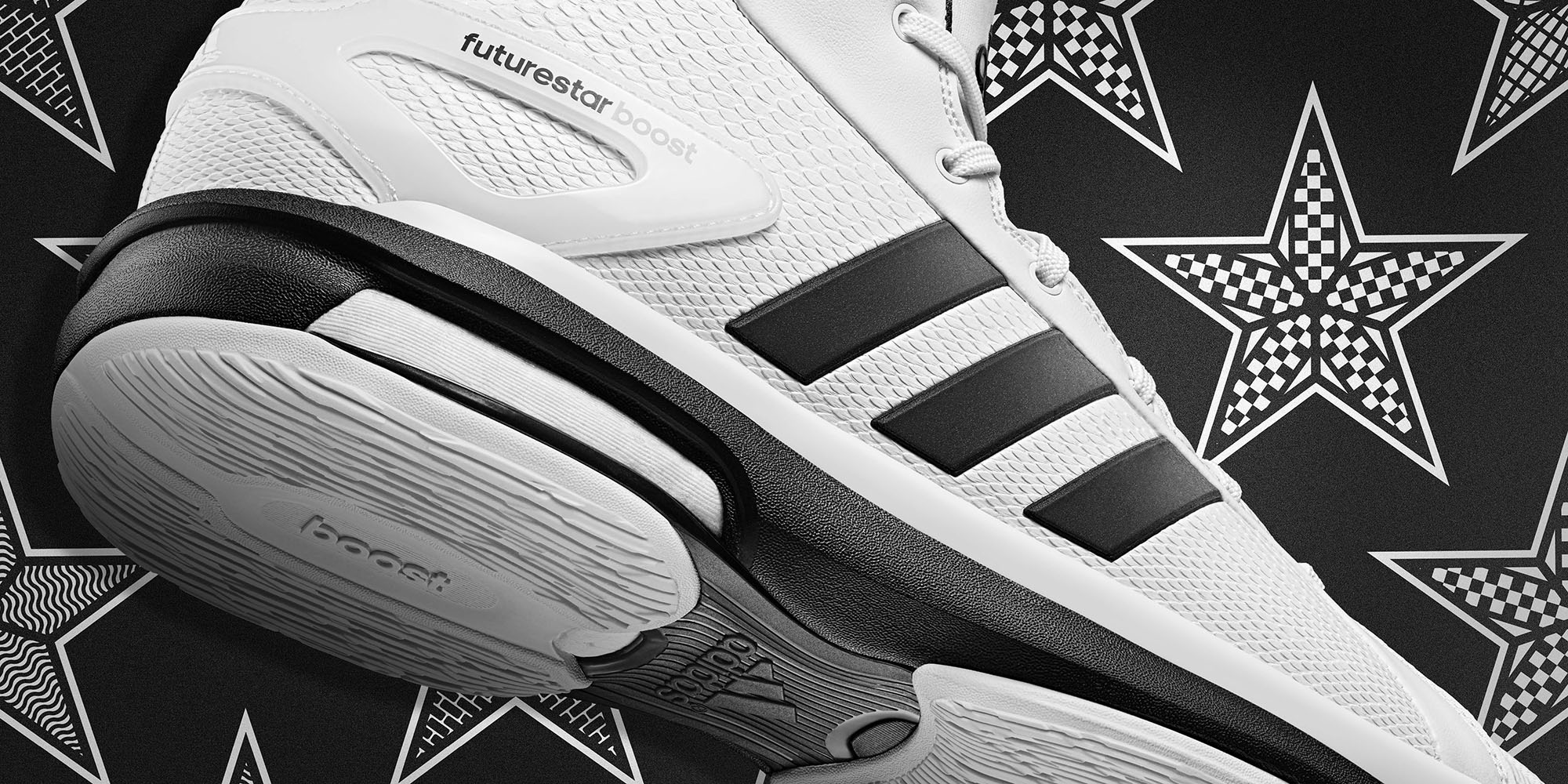 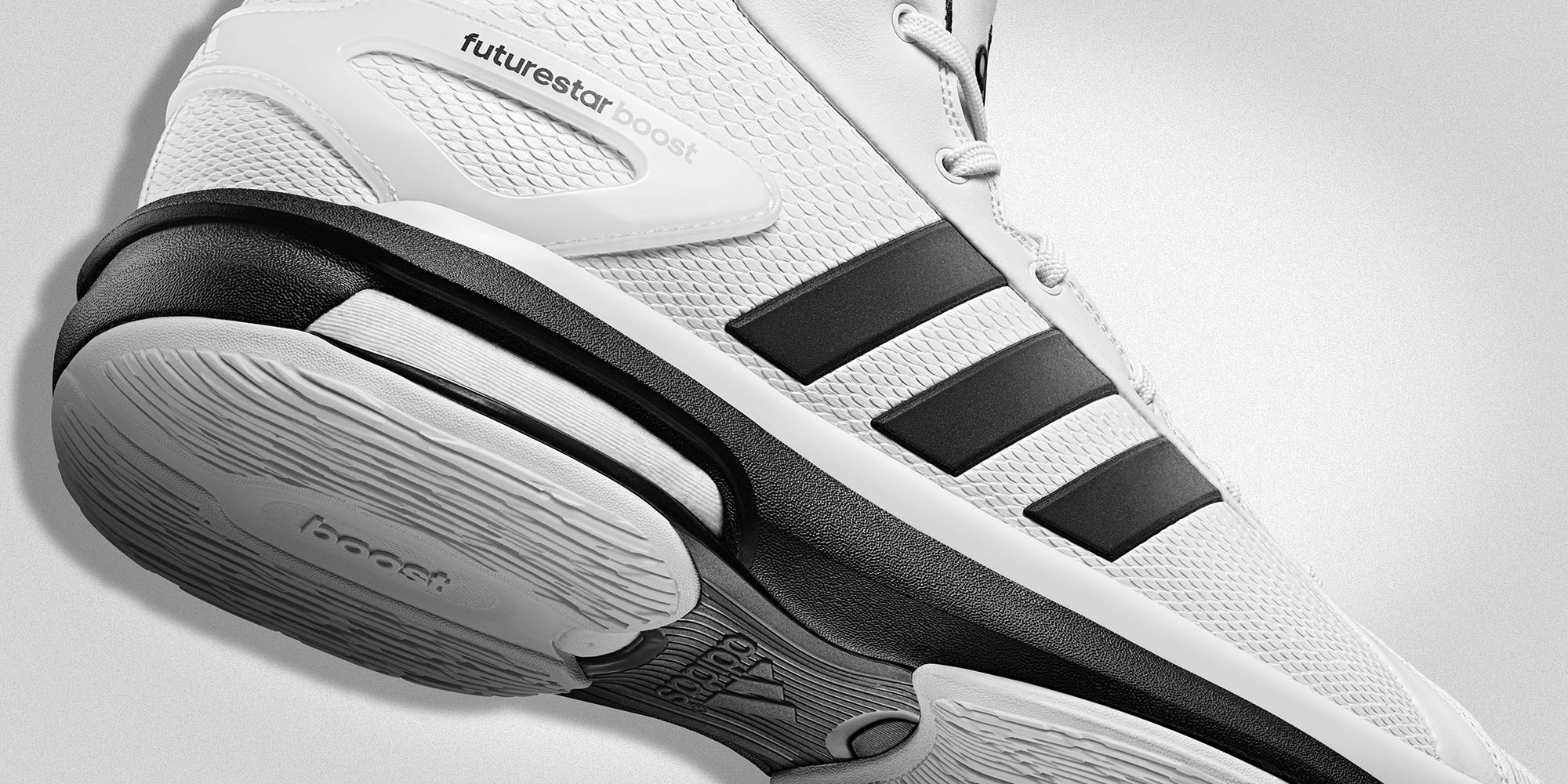