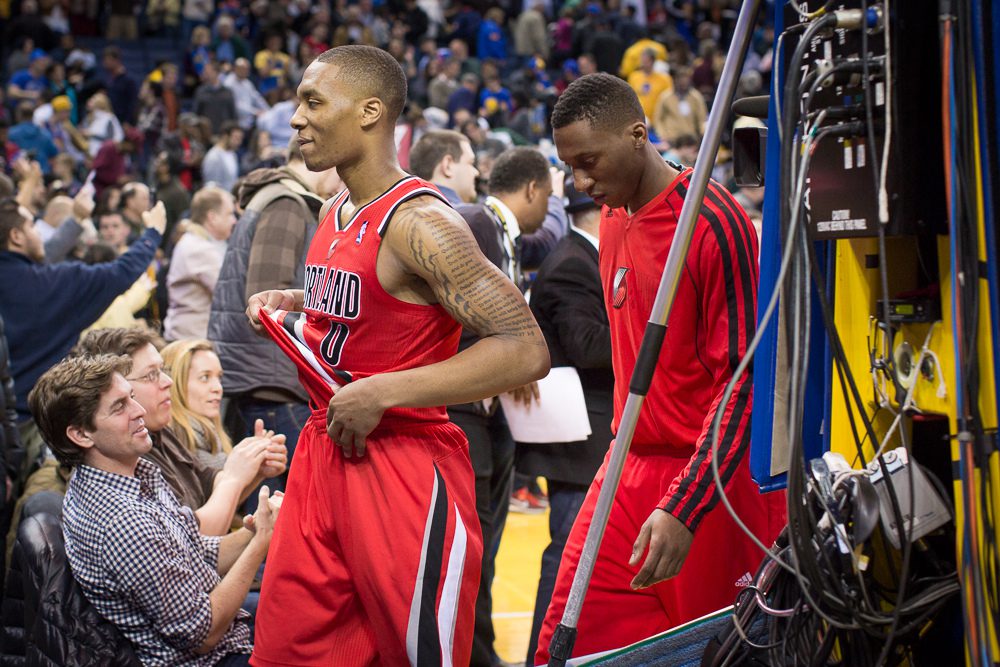 The East and West reserves have been announced for the the NBA All-Star Game and the media and fans alike have been buzzing about the selections. Many of the names announced made sense, but some of the players left off this year’s teams had a lot of people scratching their heads, including myself.

Here are three players from each conference who should’ve gotten the nod to suit up.

Brandon Knight: The Milwaukee Bucks star has two things working against his All-Star campaign. The league is full of talent at his position and he plays in Milwaukee. Not exactly one of those “must-see” teams, the Milwaukee Bucks have exceeded expectations this season and that’s thanks in large part to Knight.

Averaging 17 points and five assists per night, Knight has led the Bucks to a winning record (24-22) without the help of prized rookie Jabari Parker. His steady play for a team that many didn’t expect to challenge for a playoff spot this year, even with Parker in tow, should’ve been enough to make him an All-Star. I guess it just wasn’t in the stars for him this year.

Kyle Korver: You have to admit, the Atlanta Hawks’ quick start to the season made it very difficult for coaches to pick reserves this year. Holding a winning streak that just ended at 19, the Hawks are the cream of the Eastern Conference. You could argue that the franchise has four legitimate All-Stars. Since that’s highly unlikely, someone had to sit out this round. Unfortunately, Korver drew the short stick this time

While Stephen Curry and Klay Thompson garner the headlines for their sharpshooting from the perimeter, Korver can boast that he’s right up there with them. While his numbers don’t jump off the page (13.1 points, 4.2 rebounds, 3.1 three-pointers per game) he’s a big weapon for the Hawks. Korver’s ability to hit the three with consistency keeps defenses from double-teaming Paul Millsap and Al Horford in the paint, and it shouldn’t go unnoticed.  With the West packing as many sharpshooters as they have, it would’ve made sense to add Korver to the Eastern bench.

Nikola Vucevic: Like Brandon Knight, Vucevic plays on a team that most people felt wasn’t going to be good this season. Unlike the Bucks, the Orlando Magic have just about met everyone’s expectations. While the Magic have been less than stellar, that shouldn’t negate Vucevic’s candidacy.

The big man has has brought a stability to the center position for the Magic and given them a legitimate scoring threat in the post. Averaging 19 points and 11 rebounds per game, Nikola would hands down be an All-Star if it weren’t for the team’s dismal 15-36 record.

DeMarcus Cousins: If anyone is a victim of the logjam of talent in the Western Conference it’s Boogie Cousins. At one point this year, he looked like a possible MVP candidate. While he has been added to the team in place of the injured Kobe Bryant, the fact he was overlooked is ludicrous.

If we’re just talking stats, his scream “All-Star!” Averaging 24 points and 12 rebounds, he’s the leader of the Sacramento Kings and one of the league’s best young stars. This is now the second year that Cousins has put up similar numbers and still got the shaft when All-Star time came. It’s starting to feel like coaches in the West might not like Cousins. Popularity does play a part in All-Star voting. Maybe next season, DeMarcus should add shaking hands and kissing babies to the list of things he needs to do to get voted into the game.

Damian Lillard: The Portland Trail Blazers guard has a real argument to make. Coaches tabbed Russell Westbrook as the reserve at the point guard spot over Lillard. That doesn’t mean Damian is having a bad season in anyway. Lillard’s 21 points and six assists a night on a team that is contending for the playoffs should be decent enough credentials to get him on the team. Add in his four rebounds and one steal a game and he has stats that put him among All-Stars Steph Curry and James Harden. The only difference between the three are Curry and Harden will be on the floor and Lillard will be a well-dressed observer.

Mike Conley: Another victim of position, Conley deserves to be in the conversation. Scoring 17 points and dropping five assists a game while playing gritty defense, Conley has firmly grabbed the reins and led a balanced Memphis Grizzlies squad to a 36-12 record. His teammate Marc Gasol came to Conley’s defense. Gasol will be the starting center for the West this year and he felt his point guard should be with him.

“We’re the second-best team in the West. I feel like us being there, both (should be there) because they are a huge part of what we do,” Gasol said. “All-Stars should be about winning and telling guys that’s how you play. You play well on a winning team, you’re supposed to be there.”

Too bad that recommendation wasn’t enough to get him a second glance.

The NBA All-Star Game will be played in New York City this year Sunday, February 15, at 8:30 p.m. Eastern.