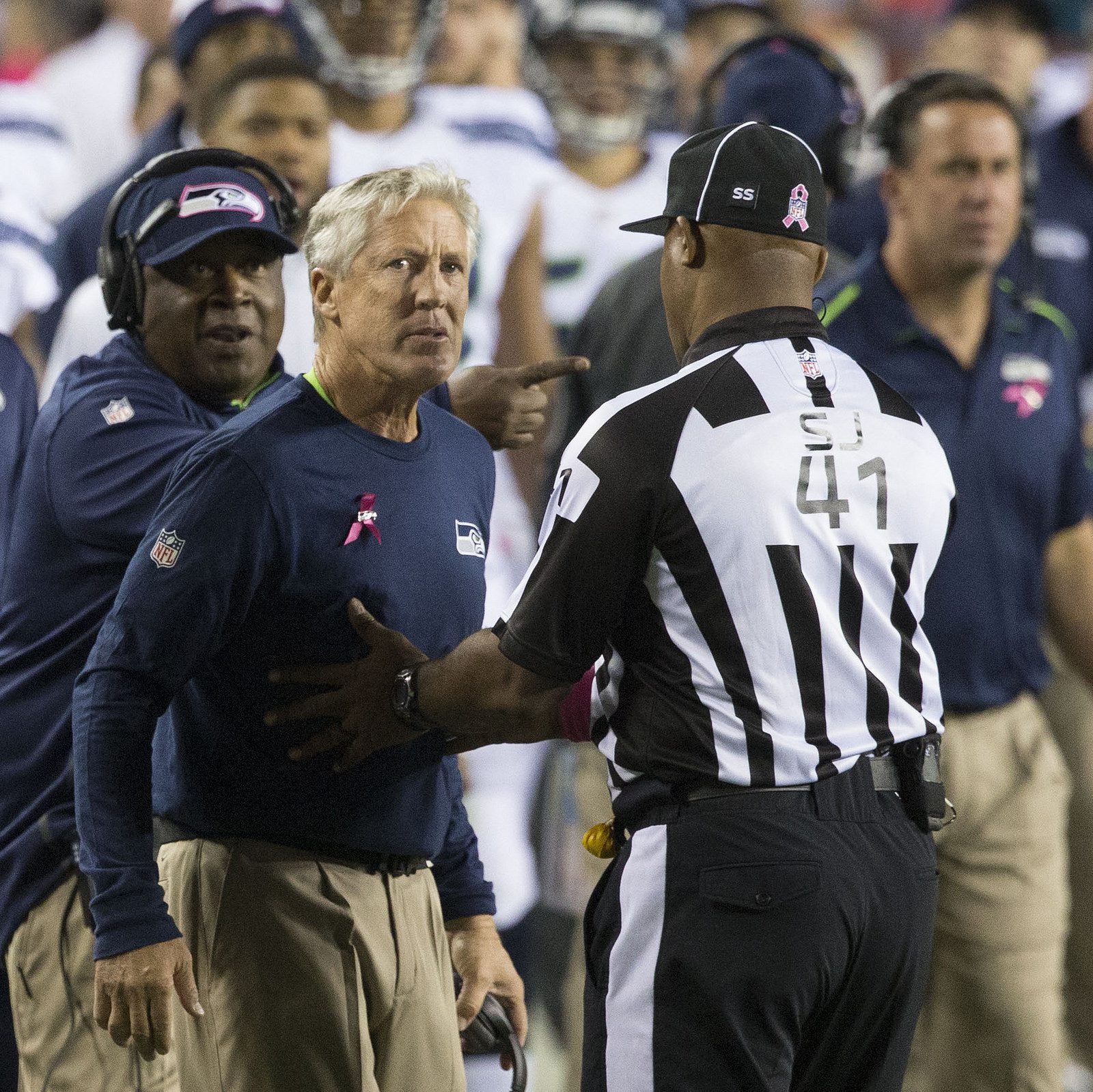 Just a few minutes after the infamous play call that allowed the New England Patriots to win their fourth Super Bowl, the media, fans, and really the entire world ripped Pete Carroll’s decision to pass the ball. “Why would you pass when you have the best running back in the game?” The question was asked by top experts, and the most ignorant among us, and may still be asked for generations. The problem I have with all this is I think passing the ball was the right decision.

Let me be perfectly clear on this; I don’t feel like a quick slant to the slot receiver with a mirror deep pattern going on behind it was the right call. I think throwing the ball with 27 seconds and one timeout when you’re down by a touchdown in the fourth quarter is the right call. Think it through. If you score right then and there you give the ball back to New England with about 20 seconds left and two time outs. A field goal would have tied the game. If you don’t score your only option is to take the time out. Now your options are very limited in terms of what you can do on third and fourth down with roughly 20 seconds of game time left.

The correct play call is back corner of the end zone lob. That, or a quick slant to a singular receiver that is single covered at his knees. The key here is you need to have only one defender, you need there to be some space, and you need to make sure that if your guy can’t get it the ball goes to the ground or out of bounds stopping the clock. This means that on third and one you have a time out in your pocket still. This allows you the full compliment of your playbook on your third down play call (ideally a run). If you still can’t get it in and you’re tackled short of the goal line you can call a timeout and have fourth and whatever with less than 15 seconds left on the clock. What a finish that would have been!

But getting back to play. Watch the replay again. The play begins with a two receiver stack formation to Russell Wilson’s right side, with the defense playing one defender on the line, and another defender five-yards deep on both guys. There is a singular receiver to his left who appears to have a two secondary players lined up on either side of him and then a continuous line of defenders at scrimmage with one deep linebacker. The receivers to either side are not flexed out more than five yards from the end of the line of defenders. Wilson is in the shot gun, and has Marshawn Lynch to his left.

In a situation like this you have no idea which defensive players will stay on the line and which ones are dropping. The receivers not being out wide in a slant is a bad plan, unless you are running play action to try and draw the entire line in, and even then it’s a bit of a gamble. When the ball is snapped there is no fake. Lynch runs to the left flat, and the left side receiver attempts a square in. The New England defense plays the left side perfectly, with a down defender taking the tight end who also flexes to the flat, the exterior defensive back staying with Lynch as he moves out, and the other back locking his receiver at the line.

On the right-hand side the outside linebacker doesn’t engage with the tackle and appears to be actively playing the pass. The up receiver pushes the up defensive player back, and is effectively running a pick play. The outside and low receiver breaks in and the deep back recognized the play right away and breaks right toward the ball. The outside backer then engages the tackle, and Wilson doesn’t even take a second look. The ball is out and it goes through his receiver’s hands before ending up in the mitts of the New England defender.

If the outside backer decides to not engage then he is right in the throwing lane. The ball may be batted, tipped, or picked off. If the defensive player for the Patriots doesn’t get the pick, but tips the ball up there are two other Patriot defenders within five yards of the catch point. To me, this is the absolute worst kind of pass play on the goal line. It provides the maximum number of defenders a chance to interfere with the ball in the most congested area of the field. But it’s not about this being the wrong play call because it was a pass. I stated that a pass was a good play call, and I stick by it. This is about this being a bad play call because this was a bad play to call.

It’s really easy for us to second-guess everything in the days after the big game. Had Lynch been handed the ball and been stuffed the question may have been “why do exactly what they are expecting you to do?” If you’d spread the field wide and tried to run it in with Wilson, then questions would have been asked about why you wouldn’t have used Lynch again. If you’d run a bootleg option the questions would be “why make it harder than it has to be?” Really, there is no way to win when you don’t win.

I’ve mentioned previously that a game never comes down to one play. The Patriots scored 14 unanswered points in the fourth quarter. Seattle could have tried to work a little more magic when they settled for a field goal in the third. As crucial as this one play call was to the game it was no more critical than so many other situations. Had the bobbled catch on the ground not been made the Seahawks would have been closer to mid field than they were to the goal line. Had various penalties been called who even knows what the score is? We got a fantastic Super Bowl to watch with two very competitive and evenly matched teams. As a fan of the game this is all you can ever ask for. As a fan of the Seattle Seahawks, I can understand how you’d be asking for a little bit more.