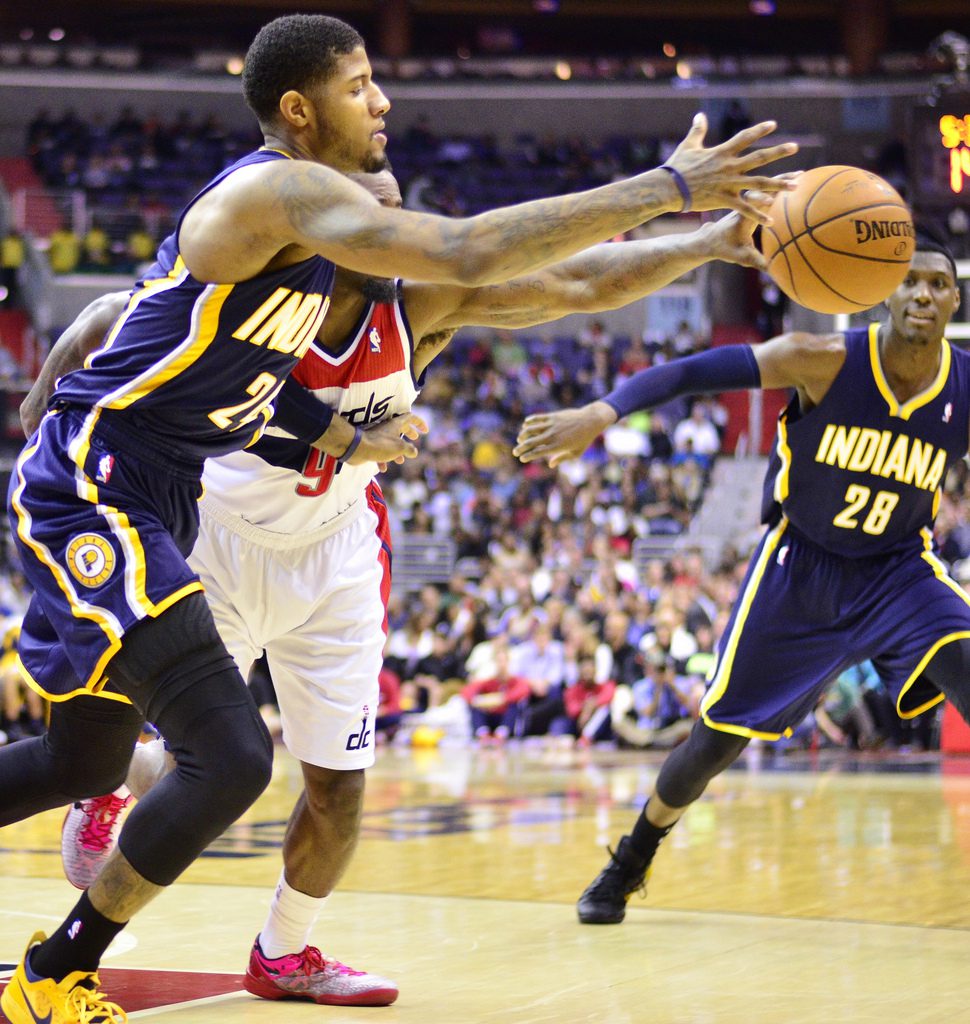 Milwaukee Bucks
The young Bucks are going to continue to separate themselves from the undeserving playoff teams in the East. (Cough, Miami and Charlotte) Everyone’s favorite Greek, Giannis Antetokounmpo, has been playing great heading into the NBA All-Star break earning himself Eastern Conference Player of the Week honors. The Bucks’ next ten games pit against them stuff competition including the East’s elite such as the Atlanta Hawks, Chicago Bulls, and Washington Wizards. An upset or two could put a little fear in a potential playoff opponent.
Cleveland Cavaliers
The Cavs have been one of the elite teams in the league since LeBron James‘ return from his GM-ing sabbatical. Kyrie Irving had a 55-point outburst, and Kevin Love is starting to round into form. The Cavs should continue this level of play barring any major injuries. Victories in big games against Golden State and Atlanta after the break would verify their contender status.
Sacramento Kings
It’s been noted that George Karl has more wins than the Sacramento Kings franchise has during its time in California’s capital. While the playoffs are clearly out of the question at this point, the addition of Karl will bring an experienced voice that DeMarcus Cousins will ultimately respect. All of the current grumblings from the Kings’ star will cease when Sacramento returns to their early season form after the break.
Memphis Grizzlies
Atlanta and Golden State have rightfully gotten most of the shine this year, but the Grizzlies have gritted and grinded out wins in the same fashion. Along with the San Antonio Spurs and the Los Angeles Lakers, the Grizzlies are the only other team to defeat the leaders of both conference (Golden State and Atlanta respectively). The Grizz have a level of continuity that allowed them to weather an extended absence from Mike Conley and still have the third-best record in the league. Memphis has 9 of their first 12 games after the break on the road. If the they can pull off a winning record during that run, they may find themselves holding the No. 1 seed.
Indiana Pacers
The Pacers refuse to be bad for some reason only known to Larry Bird and Ian Mahinmi. With the Miami Heat, Brooklyn Nets, and Charlotte Hornets, all floundering at the bottom of the Eastern Conference playoff picture, Indiana could easily play their way into the No. 8 seed. The Pacers have been scrappy all year and even managed to stop the Cavs recent 12-game winning streak. A March comeback from Paul George could make all the difference.