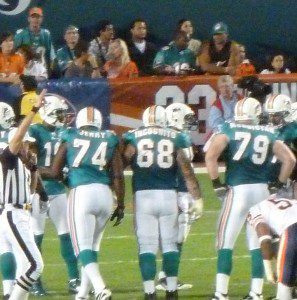 When I began “Lost NFL Conversations” series on Baller Mind Frame, it was intended to be a light-hearted look at some of the larger egos in the game. The back and forth banter only worked with a coach, GM, or owner that was a known personality. That personality had to be one that I could take to an extreme, and make laughable. It’s why each articles into paragraph ended with “Any correlation between this conversation and real life events is circumstantial and hilarious.”

The Buffalo Bills, Rex Ryan, and Terrence Pegula made my piece on the aforementioned Bills look like I was actually in on a meeting with these two guys, and, unfortunately, the results are less than hilarious. I basically joked on the “Bully” line from Rex Ryan during his press conference when he was introduced as the Buffalo head coach. I hinted that Rex would target players that were actual bullies to help his team grow into the vision Rex had. While Richie Incognito wasn’t one of the players I named specifically his track record is exactly inline with the demented thought process I barbed Rex Ryan of having.

For those of you unfamiliar with Mr. Incognito’s work, let’s get you up to speed. In May 2012, Richie was accused of being drunk at a golf tournament where he used a golf club to assault the private areas of a female volunteer. The victim’s police report reads as follows: “[Incognito] used his golf club to touch her by rubbing it up against her vagina, then up her stomach then to her chest. He then used the club to knock a pair of sunglasses off the top of her head. After that, he proceeded to lean up against her buttocks with his private parts as if dancing, saying “Let it rain! Let it rain!” The assault was concluded when Richie dumped a bottle of water on the woman’s face.

This incident was concluded legally with a settlement out of court. Richie would have likely been allowed to play out his contract with the Miami Dolphins if that had been the last incident. During training camp in 2013, Richie harassed teammate Jonathan Martin to a point where Martin quit the team (later resigning with the San Francisco 49ers). What compounds this issue is that it was only after a league investigation in 2013 that Incognito was suspended. The Dolphins didn’t take matters into their own hands, not the coaches, not the GM, not the owner, not even the players called out this horrible human being on his actions.

If you want to continue to build the profile of Richie Incognito you really have to go back to his college career where he was booted from both Nebraska and Oregon. He also managed to get a $50,000 fine while playing for the St. Louis Rams, who subsequently released him. The Dolphins knew what they were getting into when they signed him; the pattern is clear as day. The Bills should be more than aware as well. But far and away the thing that bothers me most here is the fact that Rex Ryan and Terry Pegula have decided that this individual would be a beneficial addition to their team.

‘We are convinced that Richie is prepared to move forward and has and will continue to take the necessary steps to improve himself as a person and a teammate.’- Bills owner Terry Pegula

For the most part, the individuals at the hearts of the scandals this year have been first time offenders. While I believe it is never appropriate for anyone to strike another individual (unless in a sanctioned MMA or Boxing match), I also believe that people make mistakes and that human beings deserve second chances in life. Ray Rice, Adriane Peterson, Greg Hardy, and Ray McDonald all deserve an opportunity to right their wrongs and get their lives back on track. Richie Incognito has had that opportunity, several times over.

I am not sorry for making the joke that Rex Ryan would target players with violent pasts to help him ensure the bully mentality of his team. I am sorry that there was as much truth to the joke as there is. I am sorry that he and Terry Pegula feel as though this is a smart move to help the Buffalo Bills in the coming season. I might be wrong in my fears. Perhaps Mr. Incognito has found a way to improve his poor behavior, and if so that’s wonderful. Otherwise the Buffalo Bills, Rex Ryan and Terry Pegula should feel somewhat responsible for any and all of Incognito’s harmful actions. We give bullies power when we give them a stage, and the Bills have just handed Incognito a huge one. Here’s to hoping we’re not sickened by the show.