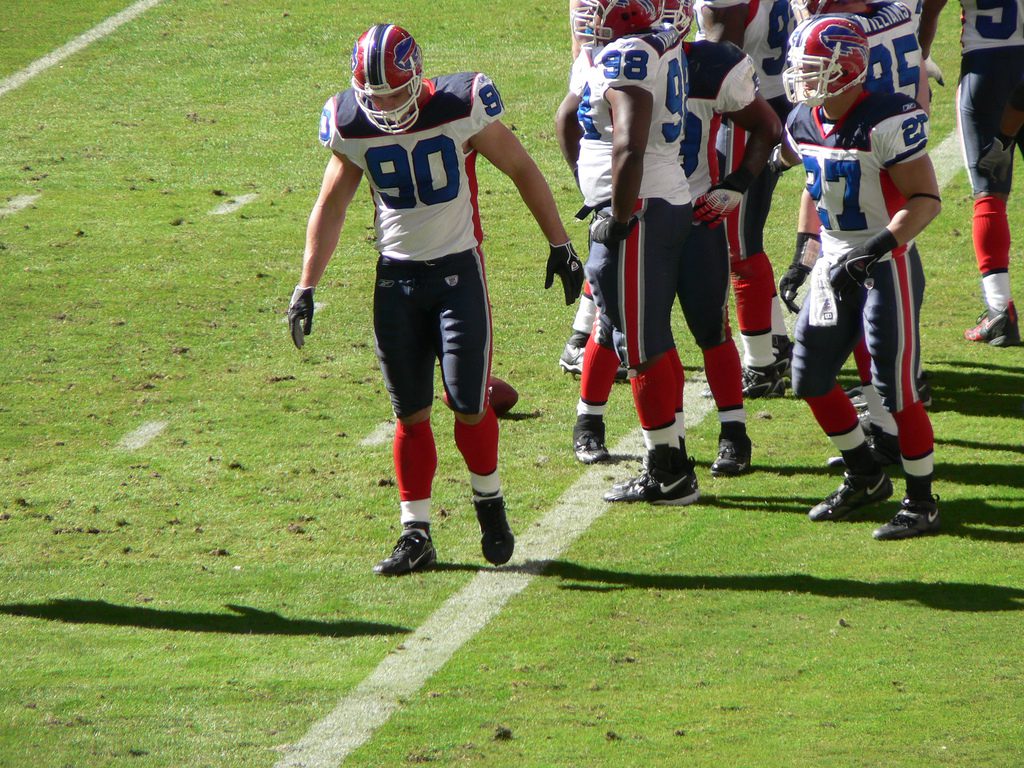 Every year my buddy Ben and I talk football when the Super Bowl is long since over. We talk about the schedule ahead, the free agent market, the draft, and all things that revolve around our teams. One thing we always kid with one another about is the amazingly ridiculous things that must be said inside the front offices of teams, in meetings between coaches, GM’s, and owners. We often take haphazard guesses at such conversations. Here is one such conversation between Rex Ryan and Terrence Pegula from the Buffalo Bills organization.

Terrence Pegula (TP) – Hi Rex, glad you came on board here in Buffalo, I wanted to talk to you about your vision for this team in 2015.

RR – Sure it is. Anyway, I want the Bills to be bullies; I said so in a press conference. I want people to be beat up after they play us.

TP – I think the working class fans of Buffalo can really relate to that. So any ideas of players you want to target in the draft or via free agency?

RR – Sure it is. Anyway, I feel like we need a quarterback, and I have my heart set on Jameis Winston.

TP – Winston? The kid out of Florida State? Wasn’t he arrested not too long ago on assault charges?

RR – You are right Perry. It goes into my bully philosophy.

TP – It’s Terrence, and I’m not sure we want to invest a first-round pick in a quarterback when we have E.J. Manuel here already. Especially when the one you want has some character issues. Anyone else is mind?

RR – Yep, I wanted to get Greg Hardy, Ray McDonald, Adrian Peterson and Ray Rice over here too.

TP – Coach, every single one of those players had violent offenses this past season. Putting aside the fact that not one of them play a position of need for this team why would you want all of them here?

TP – What was that last part?

RR – I didn’t say anything.

TP – Look Rex, this team does need some media attention, it needs some star power, it needs some attitude, but I can’t sign off on all of these players. We have to have a shred of self respect and behave like a respectable and law abiding franchise.

Would Someone Please: Super Bowl Edition

John Anderson is a sports enthusiast who played basketball, football, rugby, soccer, and a few more obscure sports in high school. As part of his passion for all sports, John has travelled the world, playing golf in four different countries and attending the World Cup in South Africa and the Super Bowl in Dallas, Texas. Outside of the two large excursions, one of the highlight trips for John was a weekend trip to Chicago that involved a Bulls game on Friday night, a Blackhawks game on the Saturday and a Bears game on Sunday. It's all about the love of sport.

Under Armour Partners With The Original G.O.A.T., Muhammad Ali