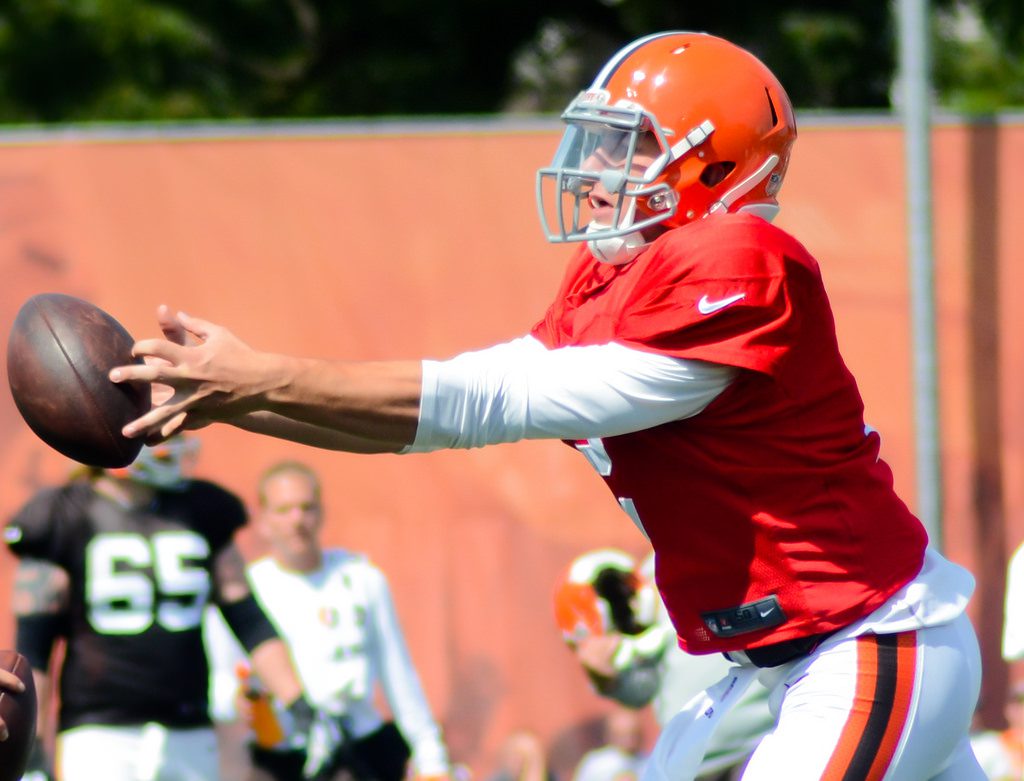 Every year my buddy Ben and I talk football when the Super Bowl is long since over. We talk about the schedule ahead, the free agent market, the draft, and all things that revolve around our teams.

One thing we always kid with one another about is the amazingly ridiculous things that must be said inside the front offices of teams, in meetings between coaches, GM’s, and owners. We often take haphazard guesses at such conversations. Here is one such guess for the Cleveland Browns.

Jim Haslam (JH) – Well Mike, that sure was an interesting season we just had.

Mike Pettine (MP) – It sure was Jim. We only just missed the playoffs in a very competitive AFC North. A few key tweaks and I’m sure we’ll be in great shape to compete against the Pittsburgh Steelers, Baltimore Ravens and Cincinnati Bengals.

JH – You know you’re entering into the second year here as the head coach of the Browns, and no coach has lasted longer than three seasons since the team was brought back as an expansion franchise in 1999.

MP – I am aware sir, but I think that is part of the problem. Coaches aren’t given sufficient time to get their players and their system in place. Players are under-performing because they have to learn a new system every other year. I just hope we can keep some consistency going into next year.

JH – Well I’m sure you and Ray Farmer will figure things out with your new quarterback.

JH – Did you really think he was our quarterback of the future? We’re drafting someone in the first round.

MP – If we didn’t think that Johnny was the option why would we have used a first-round pick on the guy?

JH – Mike, clearly you’re not familiar with the long-standing history of the Cleveland Browns. Since the rebirth of the franchise the Browns have drafted quarterbacks in the first round. And all of those players have been horrible. It is what we are known for, it is who we are. Ray got on board with this drafting Johnny 22nd overall last year. The same spot we drafted Brady Quinn in 2007.

MP – But sir, we can change the culture. Some of our first-round picks have been good ones. Joe Thomas has been to the Pro Bowl several times since he was drafted in 2007. Joe Haden looks to be the best young corner the game has to offer. We can improve this team.

JH – Sorry Mike, but we are a traditional team. You have to respect names like Tim Couch, Brady Quinn, Brandon Weeden, and Johnny Manziel. They are the history of this franchise, and in their legacy we will draft a quarterback that will be equally horrible, forcing us to draft another quarterback in a year or so, and so continues the circle of quarterbacks.

MP – Sir, if that is how you truly feel I’m not sure I can stay on with this team after this season.

JH – That’s ok Mike, you were gone anyway. So continues the circle of coaches. (Holds up draft board like Simba from the Lion King). Nants ingonyama bagithi baba!