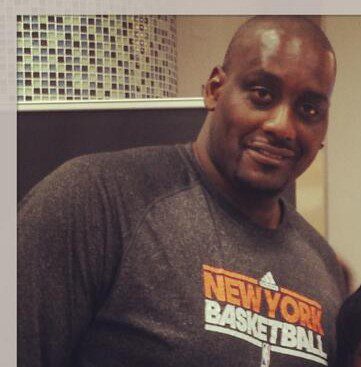 The basketball world is collectively holding its breath right now after news broke that Anthony Mason is clinging to life in a New York hospital after suffering complications from congestive heart failure.

The 13-year NBA veteran suffered a heart attack several days ago and has since had multiple surgeries.

Several former players along with his former team, the New York Knicks took to social media to give messages of hope for Mason and his family.

Drafted in 1988 by the Portland Trail Blazers, the 6-foot-7 forward made one All-Star team in 2001 while part of the Miami Heat. He ended his career with the Milwaukee Bucks. He also played stints in the CBA and USBL over his professional career.

During his 13 years in the league, Mason developed a reputation as a bruiser, but yet had a finesse game that enabled him to handle the ball making him one of the first prototypical point-forwards we now see in an abundance in today’s NBA.

His star initially rose after joining up with the Knicks in the late nineties. Mason, along with Patrick Ewing and Charles Oakley, formed one of the most fearsome frontcourts in league history. The team made it to the 1994 NBA Finals where they lost to the Houston Rockets in 6 games.

His presence off the bench for the Knicks netted him the NBA Sixth Man Award in 1994-95.